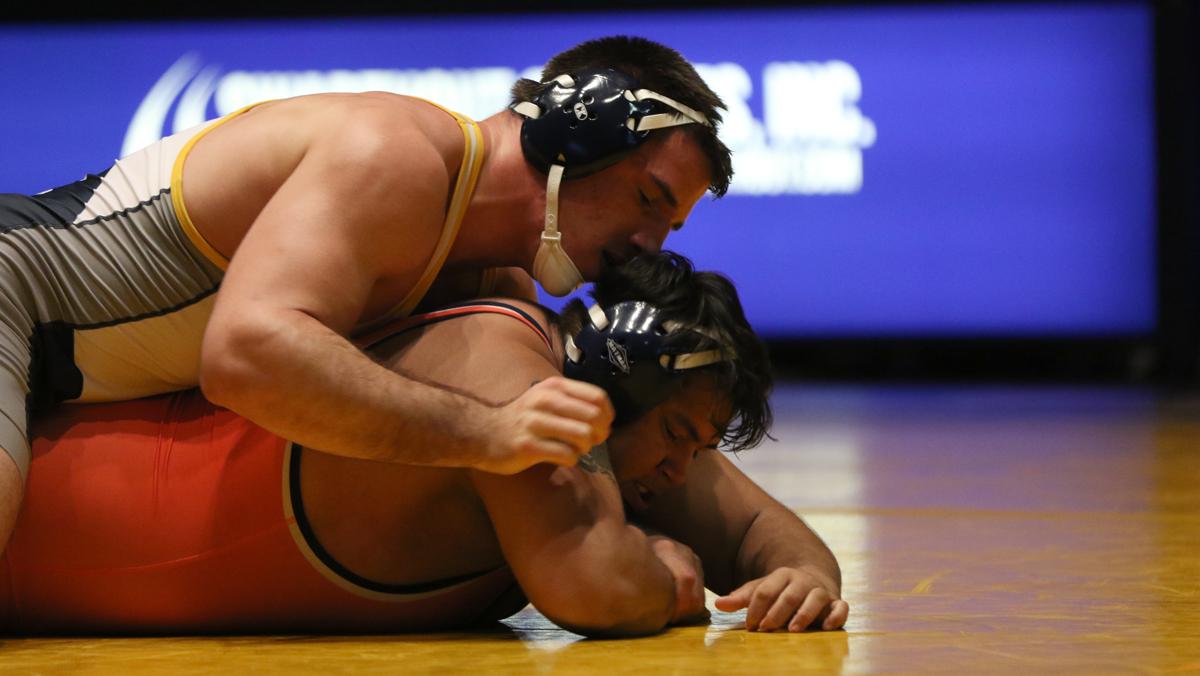 Junior heavyweight wrestler Jake O’Brien is currently 21–4 this season. O’Brien, a member of the No. 3–ranked Ithaca College wrestling team, appeared on The Ithacan’s “How IC Sports” podcast, hosted by Samantha Cavalli and Cal Dymowski on Feb. 6. They discussed the team’s season so far, O’Brien’s typical prematch meal and his tight-knit bond with the rest of the wrestling team.

Cal Dymowski: This program is used to success, but three wins over top–25 teams is extraordinary. How have you guys been able to do that?

Jake O’Brien: I think we just have a good group of guys that come in every day ready to work. We set our goals at the beginning of the year to be national champions. I don’t think we have strayed from that too much, and we are gaining confidence going into the postseason.

Sam Cavalli: Your two losses this season have come against pretty stiff competition, DIII’s No. 2 team, Wartburg College, and Division I’s No. 6 team, North Carolina State University. So facing that level of talent early on in the season, how does that help you prepare mentally and physically for bigger matches that are coming up near the end of the season?

JO: It definitely really helps, especially when we wrestle NC State, who might even be a top-five DI team right now. We have a lot of matches where guys went head-to-head with some really good DI competition, and that just gives us confidence going through the rest of the season, that we can hang with pretty much anyone.

CD: So Ithaca is hosting the NCAA Mideast Regional Championship meet this year. How special is that, to host this big–time meet here at home, and how do you think the home field advantage is going to play for you guys in this meet?

JO: I’m really excited. Personally, I never wrestled at the Ithaca Invite before, so it will be sweet to be able to wrestle in front of a home crowd for regionals and hopefully qualify for nationals in front of everyone.

CD: I’ll take you through a scenario. It’s match day. It’s a big meet. What is the first thing you are doing in the morning to get you mentally and physically prepared for that match? Take me through an away match and a home match.

JO: If we’re away and at a hotel, a lot of times we have to wake up early because weigh-ins are early, so I usually try to wake up in the morning, and I like to go get my continental breakfast. I like having some tea. I think it gets my digestive system going, and it helps break down the food. I usually have some eggs, toast and oatmeal with peanut butter, and that’s pretty much what I have. If I’m at home, then I always have the same breakfast that I have every single day, which is four eggs over easy with two pieces of toast and an avocado and then I have a bowl of oatmeal with an apple and a banana and peanut butter.

CD: So far this season, what are you finding out about yourself as a leader?

JO: I try to take away something every day. There is always something you can improve on to be a better captain and leader. The biggest thing that I try to do is come in every day with a positive attitude and lead by example because I think that is the best way to try and get someone to follow you. There’s a bunch of things that I can work on, but I think probably being a little more vocal is something that I can work on.

CD: What are some things that you admire about Coach Nichols and the way he leads the team?

JO: He is a very confident person, and so it’s easy to get behind him because you feel confident when you are around him. When I’m wrestling and he’s in my corner, I feel confident because he feels confident. He also isn’t too overbearing, so you feel relaxed. And he’s funny too, and you laugh when you’re around him. It’s a really good combination of intensity but also being able to be relaxed so you’re in the zone but you aren’t in your own head at the same time.

CD: The recruiting process coming out of high school, what were the interactions like with Ithaca College and what made you decide on Ithaca College?

JO: My whole life, I wanted to play baseball. My senior year, I had a really good year wrestling and I decided that I actually wanted to wrestle and not play baseball, but I had already applied to all these schools, and not many of them had wrestling. At the end of March, my high school coach called Marty, and he had me come up the next weekend for an overnight, and I loved it. I stayed with Matt Booth, who’s a great friend of mine now, and I met the team, saw how tight-knit they were, and it was a great atmosphere to be around, and I loved it, so they opened the application back up. I applied and got in, and here I am.

Listen to the full podcast here.