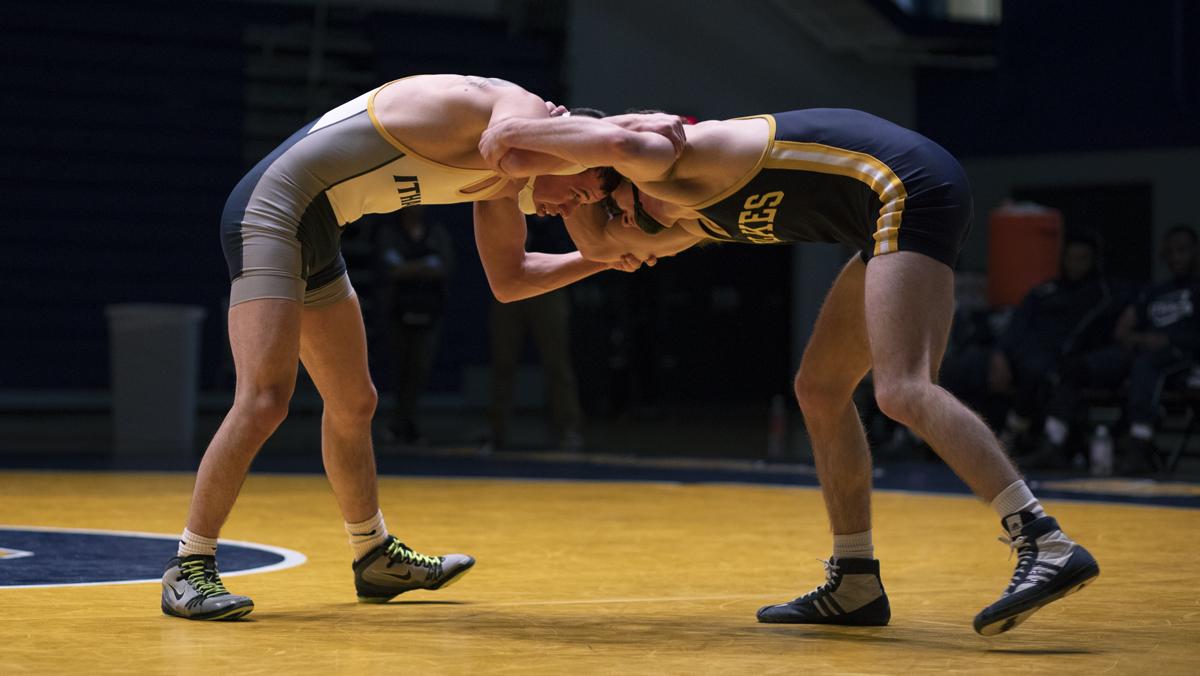 The Ithaca College wrestling team took on Wilkes University on Feb. 8 in Ben Light Gymnasium and emerged victorious, putting their season record at 10–4 for dual meets. Before the evening’s victory celebration, 125-pounder senior Ferdinand Mase was honored during a pre-match announcement for recently attaining his 100th career victory. Mase went on to win by a technical fall over Wilkes sophomore Kyle Trout.

The South Hill squad is back in action at 7 p.m. Jan. 13 against SUNY Cortland for the Rumble and Tumble meet where both school’s wrestling and gymnastics teams face off in a dual meet. This years meet will take place in Cortland.