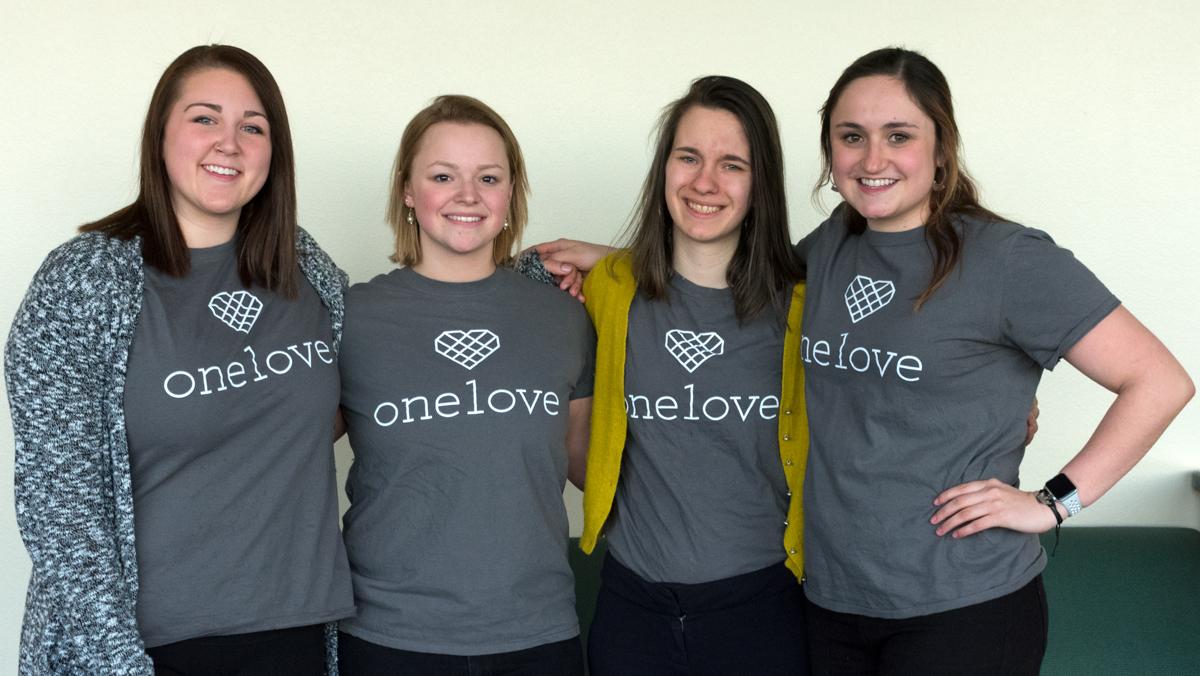 As many Ithaca College students pursued their daily routines this past month, they were also trying to walk as much as they could in pursuit of winning a competition meant to raise awareness about the dangers of relationship abuse.

On Sept. 9, IC One Love launched its first Yards for Yeardley event. On Oct. 3, IC One Love hosted the event IC Better Love as a celebration event for the conclusion of Yards for Yeardley and as a kick–off event for Domestic Violence Awareness Month. The event consisted of 28 teams with four members each. Each team’s goal was to traverse as many yards as possible, whether it was through walking, running, biking, swimming or even rollerblading, to try to raise awareness about domestic violence.

The event started as a tribute to Yeardley Reynolds Love, a lacrosse player who attended the University of Virginia who was beaten to death by her boyfriend George Huguely just three weeks shy of her graduation in 2010. Yards for Yeardley was started in December 2014 by three students on the Boston College and University of Virginia lacrosse teams.

The competition lasted 22 days for the 22 years of Love’s life. The top three winners of the event were IC Football, who finished with 777 miles traveled, the Fearless Four, who finished with 732 miles traveled and Soul Sisters, who accrued 511.5 miles. Teams were made up of a mix of student–athletes and nonathletes. At the end of every week, teams submitted their distances and kept a tally of how many miles and half miles they accumulated within the week.

Zoe Vadney, ambassador of the college’s One Love chapter, said the message of IC One Love is simple.

“Our mission is to help build a movement to end relationship abuse,” Vadney said. “We want people to be able to recognize the warning signs of healthy and unhealthy relationships and be able to access the resources they need or a loved one needs.”

Freshman runner Kristina Hoefler’s team, Soul Sisters, came in third place. She said she was drawn to the event because she wanted to contribute to Love’s memory.

“When I heard about the story of what happened to Yeardley Love, I knew I wanted to participate,” Hoefler said. “I find it so heartbreaking to know she passed away so young from something that could have been avoided or if someone helped her sooner. I thought that by participating in it was my way of somehow bringing to light this problem.”

Breaking the Cycle, a website dedicated to educating young men and women about healthy relationships, reported that 57 percent of women who have been involved in an abusive relationship said it occurred in college. It also reported that 22 percent of college women claim to have suffered some form of abuse, whether it was sexual abuse or threats of physical violence from their partners.

Vadney said that the purpose of the event was to spread the word around about this cause and that the club hopes to bring more resources to people and help to work toward ending the epidemic of relationship abuse.

“We are hoping to make this event annual for years to come,” Vadney said.

Football falls in close contest to No. 20 RPI