Alumnus stars in independent movie to be released in early April 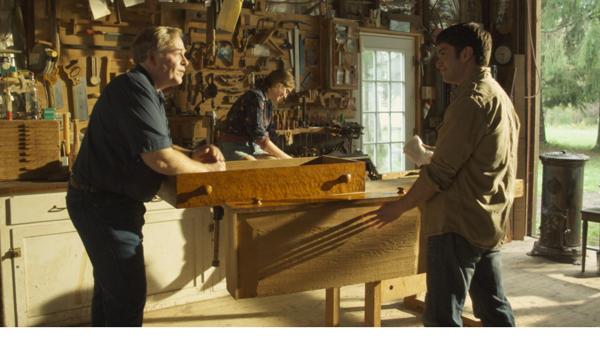 Courtesy of Starportal Productions, LLC 2013
Daniel Dambroff ’09 stars in the independent film “Brilliant Mistakes,” which comes to DVD April 9. The movie has been picked up by film festivals in Rhode Island and Toronto.
By Jackie Eisenberg — Accent Editor
Published: March 19, 2013

An alumnus who once studied human interactions and abnormalities at Ithaca College has now switched his dream to acting. Daniel Dambroff ’09 will star in an indie film called “Brilliant Mistakes.” It is set for DVD release April 9 and will air on TV sometime in the spring. The Rhode Island International Film Festival and Toronto Independent Film Festival have picked up the film, which finished shooting in Connecticut in 2011.

Accent Editor Jackie Eisenberg talked with Dambroff about the film, his time at Ithaca College and his goals as an actor.

Jackie Eisenberg: Tell me about this movie. What is it about?

Daniel Dambroff: The name of the movie is “Brilliant Mistakes.” In a sense, it’s a love story between the character that I play, his name is Marcus Wright, and his girlfriend, Gabby, and he basically has plans to marry her one day and the whole big picture. Before he can do so, she is involved in a car accident that puts her into a physically debilitating state, and she is unable to speak or walk. My character’s core principle is loyalty and fulfilling your work, and so the movie is essentially the course of him trying to fulfill his promise to her of one day marrying her.

JE: How did you get involved with this film?

DD: I went to an open call that was being held in New Haven, Connecticut. I showed up at 11 o’clock or so, and I didn’t get seen until about six, so I waited about seven hours. So it was pretty brutal. I just attended the open call, and I auditioned, and the rest is history, as they say.

JE: You weren’t an acting major, right? You were a psychology major.

DD: Indeed I was. I did exploratory for my whole freshman year and then I think half my sophomore year, and then I majored in psychology. I took a couple theater classes. I took Acting 1 and Acting 2, and I did Intro to Theater.

JE: What made you want to make this your full-time career?

DD: Well, basically I’ve always enjoyed performing, and I was in the coed a cappella group, IC Voicestream, and that kind of provided a creative outlet for me, and I think when I was at college, I was just thinking very practical, and I was just under the impression that going to school, I would do something that I could get sort of a concrete degree in and then after graduating, I kind of just sat back and I thought about what I really wanted to try and do with my life and what I was enjoying most, and I knew that if I didn’t ever try to pursue this, I would always regret it. So I’ve always had the desire, but it was only upon graduation that I was like, “I need to try this. I’m going to be upset if I never do.”

JE: Tell me about the Rhode Island and Toronto film festivals.

JE: Are you looking to go more into film or television or do you want to pursue stage acting?

JE: What are your plans for the future?