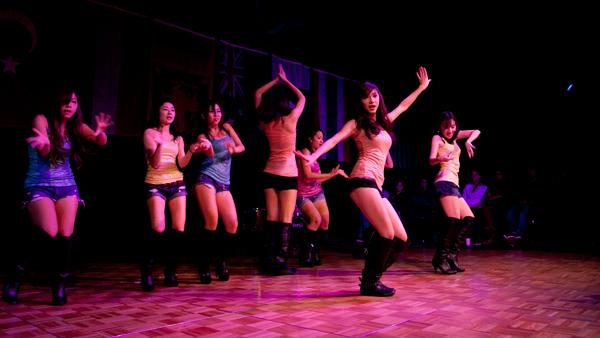 This week Ithaca College students will be able to travel the world and won’t even need their passports.

Monday was the beginning of International Education Week, an annual event hosted by the International Club. Members of the club plan to teach students about each of their home countries and explore the different cultures students bring to the college.

Since the first month of the semester, the club has been planning the events that will take place during their biggest function of the year. Every year, the club organizes a documentary viewing, a guest speaker, the One World Concert and Around the World in 60 Minutes, where international students shared items from their home countries. International Week is funded by the office of international programs.

Thursday’s event is the screening of “Sometimes in April,” a documentary about the genocide in Rwanda. On the last day of International Week, ICIC will host its annual One World concert at 7 p.m. Friday in Emerson Suites as the grand finale. The multicultural production will feature performances from international students and a performance by co-ed a cappella group IC Voicestream. The group had planned to perform last year but unfortunately could not because of a scheduling conflict. Voicestream member Drew Kellogg said the group is looking forward to its performance.

“It’s a great event, and we’re really excited to have been asked to be a part of it,” Kellogg said.

Members of ICIC will also perform, such as co-president Daniela Schmiedlechner, who will perform an Italian art song. Her fellow co-president, Yukino Kondo, said she is excited to experience the multicultural production.

“There’s going to be traditional Chinese dance, so there’s a girl from China, there’s a violinist from Hong Kong and there’s a girl who’s part of the jazz quartet who’s from Australia,” Kondo said.

The One World concert will also represent members of the community outside of the college. One of the performances is a piece from the Tezia Bellydance Troupe from Cornell University. Freshman Tariq Widarso, public relations chair for ICIC, said students should expect an array of performances at the concert.

“We try to get a diverse group of performers to come in,” Widarso said. “It’s something you won’t get from a normal concert.”

The concert will also provide the opportunity for ICIC to create awareness for their group and express the different cultures they represent, Widarso said.

“We want to have the opportunity to share our culture with everyone because we have so many different cultures, and because we are all from different places,” Widarso said. “We miss home, so we want to bring some home here.”

The club also plans to give back to the community by providing an entertaining night during Family Weekend. They welcome anyone interested in learning about different cultures, different countries or people interested in studying abroad. By the end of the week, Kondo hopes the events will make a difference at the college.

“As cheesy as it may sound, I want everyone to come together to feel like a family,” Kondo said. “Like a group of people who feel comfortable enough to talk about their experiences. I really hope to just see a lot of people come together to teach each other.”