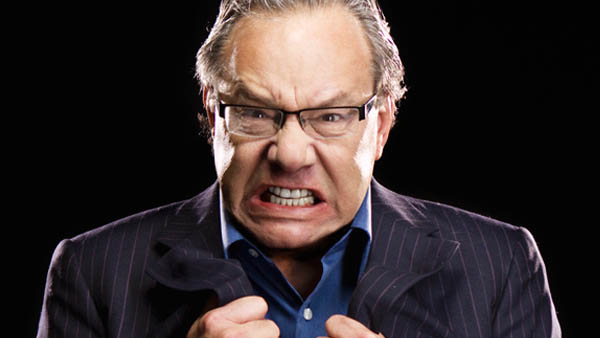 Courtesy of Clay Patrick McBride
Lewis Black will perform at 8 p.m. Nov. 16 at the State Theatre. Black is a Grammy Award-winning comedian known for his satirical humor involving political and social issues in the U.S.
By Jackie Eisenberg — Accent Editor
Published: October 28, 2013

It was 1996 when comedian Lewis Black first appeared on “The Daily Show.” Since then, his comedy career has skyrocketed, bringing him all over the country to make people laugh with his sarcasm, shouting and swearing, earning him a Grammy Award in the process. While Black initially began his career as a playwright, stand-up comedy has taken over, bringing him to the State Theatre on Nov. 16.

Accent Editor Jackie Eisenberg spoke with Black about his comedy, performing in a college town and what’s next in his career.

Jackie Eisenberg: Have you been to the Ithaca area before?

Lewis Black: A couple of times, and I don’t remember where I performed. I performed I think at the college with Mark [Curry]. That was a while back, and I haven’t been back since.

JE: Because Ithaca’s such a big college town, what would you say is the main difference between performing for a college audience versus a standard audience?

LB: The main difference is really political correctness, predominantly, if you’re in a college town — it doesn’t matter which college town. I was just at University of Tennessee in Knoxville. I was playing Knoxville, the theater’s smack-dab next to the campus, and it’s the political correctness. I literally would start a joke, and I’ll know that the audience is not going to hear the joke because they’re going to stop in the middle of the joke and go, “Well, oh boy, I think he’s crossed the line,” and they didn’t even hear the joke. I do a joke about the Congress. The approval rating in Congress is down 5 percent. I said, “If you have a 5 percent Facebook approval rating, it would be sometime during the next week you would take a moment to contemplate suicide.” Now, what the audience hears is, “Oh, bullies and this and this,” and “Oh, those kids who killed themselves.” That’s not what the joke’s about. It’s not even close to what the joke’s about. It’s not even involved in the territory of the joke. That’s what they hear.

JE: How do you manage to keep up such a current set while you’re on tour?

LB: A lot of what my set is, is trying to figure out what happened two weeks before because most people are on that page, or at least the folks who come see me. I add some things here and there, but mostly I worry about what the whole of the act is. I can pretty much count on these assholes to keep going, and I can pretty much count on the fact that a third of my audience hasn’t heard what the asshole said two days ago.

JE: What advice would you give to budding comedians?

JE: What’s next for you?

LB: I have a pay-per-view of my last special. For college students and anybody, it costs $20. And I know that would seem expensive, but if college students had brains, you could get 10 people in a room and it’d be $2 each. My play is being published. I have a play called “One Slight Hitch.” It’ll come out in early November.

JE: Are you ever planning on returning to film?

LB: If they would let me. If somebody would ask me to act in a f—ing movie, I’d jump, yeah.