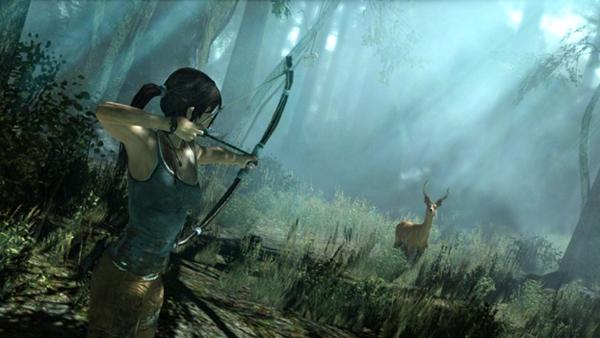 For 17 years, the “Tomb Raider” franchise has been a staple in the action-adventure genre. The series features Lara Croft, perhaps the most prominent female protagonist in video game history, whose exploits have been chronicled in 10 games, which took her across every continent. “Tomb Raider,” released March 5, is the second reboot of the Tomb Raider franchise and takes the game in a darker direction with its themes and content. Despite the longevity of the series, the game stays fresh with its cinematic presentation and the memorable experiences it crafts.

“Tomb Raider” stars a young Lara who gets shipwrecked on an island while on an expedition to find a lost Japanese kingdom. Trapped and stranded, Lara must reunite with her crew and leave the island. The game serves as an origin story about Lara on her first adventure.

Like other modern action-adventure games, “Tomb Raider” follows a series of tropes, including platform puzzles, extravagant set pieces and a fair number of hidden collectibles. As Lara performs feats such as finding relics and, of course, raiding tombs, she is awarded experience for learning new abilities. Unlocked abilities are rather lackluster at first, but later desirable feats such as finishing attacks for each weapon are rewarded. To complement the progression of Lara, new weapons are constantly introduced and are upgraded throughout the game to stop them from growing stale.

“Tomb Raider” really pushes the idea of evolving Lara from a helpless girl into a stalwart heroine. The first half of the game has Lara playing the role of survivor, her actions more often escaping from scenarios and avoiding death. Combat with enemy soldiers is generally avoided or done silently, and enemies, like wolves, inspire fear when the player walks through the jungle. The mood changes when Lara acquires more weapons, skills and confidence, and by the end, the game feels like a Hollywood action movie.

While “Tomb Raider” tries to highlight the story of Lara, the set pieces of the game manage to steal the show. Awe-inspiring locations such as Japanese temples, lush jungles, shanty towns and abandoned boats and tombs each bring something to the table. Many of the locations fall apart, forcing Lara to escape an area as it crumbles around her through thrilling fast-paced platforming segments.

The game has an orchestrated soundtrack that often sets the mood for the game. Voice actors sound natural, and each voice fits its character nicely. Enemies have many contextual battle cries, and the player will often hear them scream orders at each other. Ambient sound effects, from the echoes from a cave’s dripping stalactites to the subtle creaking of wooden bridges Lara traverses, all sound realistic and add to the feel of the game.

“Tomb Raider” is a well-made game. The mechanics are natural and streamlined, combat is enjoyable and exploring the island is generally rewarding. Perhaps the biggest flaw with “Tomb Raider” is the game’s difficulty or lack thereof. While the difficulty of combat can be increased, puzzles remain relatively simple, almost deceptively so for a “Tomb Raider” game. Despite some of its flaws, “Tomb Raider” remains a stunning example of its genre and does a wonderful job in rebooting the series into its third iteration.