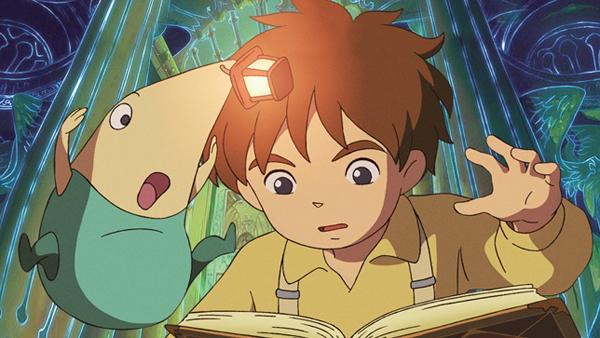 Seldom do modern Japanese Role Playing Games get released outside of Japan. Recently, however, fans of the genre have pressed Japanese developers to release their games to Western audiences. “Xenoblade Chronicles” and “The Last Story” were two examples of JRPGs that unexpectedly came stateside in 2012. With a recent revival of interest, JRPGs have hopes of returning to their previous prestige. “Ni no Kuni” (meaning “Another World”), developed by Level 5 Inc. and Studio Ghibli, provides an incredible experience that inspires hope for the future of the genre.

The story of “Ni no Kuni” follows Oliver, a young boy on his journey through a magical world. Guided in his travels by his candle-nosed fairy companion, Drippy, Oliver must improve his newfound wizarding abilities to save the magical world and attempt to bring his mother back from the dead. “Ni no Kuni” provides an in-game “Wizard’s Companion,” a book filled with information on enemies, items, concepts and spells, as well as fascinating lore of the magical world. The game follows many of the tropes typically associated with the JRPG genre, and the game’s plot frequently follows the cliché, but through its presentation the game remains whimsical and enchanting.

Perhaps the most notable thing about “Ni no Kuni” is its art direction. Studio Ghibli, crafters of animated wonders such as “Spirited Away” and “My Neighbor Totoro,” did a wonderful job of creating a fascinating world. Characters are cel-shaded, giving them an animated look of Ghibli characters from movies such as “Ponyo” or “My Neighbor Totoro.” Backgrounds, buildings and the world itself all have a hand-drawn appearance, which lends to the game’s fairy-tale vibe. Monsters and enemies have charms from both their friendly looks and their pun-riddled names. For example, a cat dressed as a thief is called a Purrloiner and later a Cutpurrse.

In addition to its incredible visuals, “Ni no Kuni” features amazing audio work. Songs presented are orchestral masterpieces crafted by Joe Hisaishi, the same talent behind Ghibli movies such as “Howl’s Moving Castle.” Each town has its own distinct background music, and the player might hum along to the battle themes. Voice actors of the English cast are talented, Drippy’s thick Scottish accent being the most memorable. The game also has the option to use the original Japanese voice actors with English subtitles. Despite the talent, much of the dialogue is read rather than voiced, and the game seems to pick almost random times to use its voice actors.

In combat, the player begins with only “attack” and “block” commands, but the game slowly adds more elements, such as controllable “familiars,” various spells to cast, additional characters, monster taming and group commands. The pace of the game is rather slow to start, and the first few hours feel like a tutorial to the actual game, which may deter the thrill-seeking gamer. “Ni no Kuni” is a very long game; expect to put dozens of hours into the game before finishing it.

Pacing and minimal use of voice talent are some of the only flaws the game has. While the combat system may not appeal to everyone, it remains both faithful to JRPG norms and appears fresh and different. “Ni no Kuni” provides a stunning experience into a magical world that is near unprecedented. The world the player explores is elegant and magical and creates wonderful situations that the player will be sure to remember.

Three and a half stars.