Another blog about Jeremy Lin, but this one is better than the ones you’ve already read 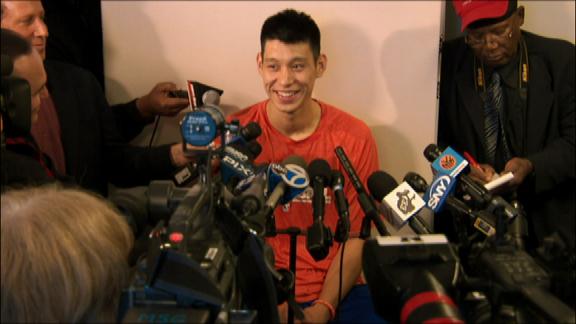 I can’t really promise it’ll be better, I just wanted you to click on this. Honestly, now that I have your page view, I don’t really care if you stay around or not, so feel free to do something better like undercutting kids while they’re on monkey bars (yeah, don’t actually do that).

But this post is different. I don’t really want to talk about if he’s the real deal, about his impact on the NBA or culture or why this is happening. I want to know how it happened. How does a guy like this slip by?

I know that scouting and yada, yada is difficult. Watch Lin’s Harvard highlights. It kind of looks like he could do whatever he wanted, but chose not to. Granted, he was playing against the Ivy League and not the Big East, but still.

I’ve always had this theory that you can have all the physical attributes in combines and practice, but when the lights turn on you have to know how to play. A game player is different than a practice player. Is that the case with Lin? His physical prowess doesn’t seem extraordinary, but maybe he’s just one of those people who play well in games. Some people have fun working out their biceps so they look good in a uniform. And some have fun playing games. Sure seems like Lin enjoys himself on the court. Others might just enjoy appearing on SportCenter swagged out in their swaggy swag (Mom — “swag” means how cool you think you look).

But how many Lin’s have made it through the cracks just because they don’t have prototypical something? I wouldn’t even call it “having the intangibles”, but more of “knowing the game”. If I’m ever a GM of any team, I might only watch how people perform when push comes to shove. Or at least evaluate during scrimmages, not 40’s. My high school football team was not a football team who lifted weights — we were a bunch of weightlifters who played football (we sucked).

So let’s enjoy Lin for what he is and keep our eyes open so another abstract doesn’t end up sleeping on someones couch. Who knows, maybe he or she is just climbing on some monkey bars somewhere.