I’ve never had much experience with jails. I was briefly introduced to a holding cell in Washington D.C.’s Anacostia police station in March of this year after refusing to move from the White House sidewalk while protesting the KXL Pipeline. I stood in there for ten minutes with five other female college students before I was processed and released.

However, I now find myself quickly becoming familiarized with the procedures and expectations of Schuyler, Chemung, and Yates County Jails as the We Are Seneca Lake civil disobedience campaign continues into December.

Schuyler County does not house women. Schuyler also does not constantly heat the jail, and it often gets cold. It is important to bring in spare clothing for inmates within 24 hours of their incarceration so they can stay warm. Chemung County, on the other hand, is heated perhaps too much, and inmates receive a complete set of jail-issued clothes. At Yates, you can bring in three books for an inmate by dropping them into a box and telling a corrections officer who they are for. At Schuyler, books brought directly in are rarely accepted; their formal procedure asks you to mail in books from Amazon, and they have to be soft cover. At Yates, to visit an inmate you are brought into a room and sat across a table from one another and are allowed an initial hug. At Schuyler, you have to speak to each other through a glass divider and you are warned not to touch. Schuyler’s visitation days are Sunday and Wednesday, Yates’s visitation days are Saturday and Tuesday, and Chemung’s are Monday, Wednesday and Friday.

Before myself and my comrades began lining up in front of Crestwood Midstream’s gates on Route 14 just north of Watkins Glen, I never put much thought into the area jails. I had no clue that there was a jail in Watkins Glen right across the street from the picturesque state park, and I admit to not even knowing that there was a jail in each county. Now I find these various jails to be at an almost constant forefront of my mind.

On Nov. 5, Dwain Wilder was incarcerated at Schuyler County Jail for a 15 day sentence. On Nov. 19, Dr. Sandra Steingraber, Colleen Boland and 86-year-old Roland Micklem were given 15 day sentences, with Steingraber and Boland going to Chemung County and Micklem going to Schuyler. On Dec. 3, Susan Mead, Judy Leaf, Dr. John Dennis and Climate Marchers Jimmy Betts, Michael Clark and Kelsey Erickson were all loaded up and taken to Schuyler for processing from their arraignment at the Reading Town Court. Dennis, Betts and Clark remained at Schuyler for their 15 day sentences, while Mead and Erickson were shipped off to Wayne County. Leaf, who was only given a one day sentence, sat in a Schuyler holding cell for a few hours until she was released shortly after midnight. Mead served out her seven day sentence at Wayne, while Erickson was soon moved from Wayne to Yates to finish her 15 day sentence.

After their arraignment on Dec. 3, I waited up until 2:30 a.m. Dec. 4, calling the jail every half hour until they told me where they had sent Mead and Erickson. It took another flurry of phone calls to find out that they moved Erickson to Yates the next day.

With 20 people scheduled to be arraigned, Dec. 3 was a long and interesting night at court. After sentencing Betts, Clark, Dennis and Erickson 15 days each, Judge Raymond Berry revealed to us that he did not believe it was up to his discretion to sentence anything lower than maximum, to which a lawyer and the entire court room responded: “Yes you can!” The court was adjourned long enough for the lawyer to show him the statutes proving that sentencing was indeed up to his discretion, not the district attorney’s. Judge Berry proceeded to sentence Leaf one day and Mead seven days. However, he refused to reduce Paul Passavant’s fine following his guilty plea, gruffly demanding $250 after Passavant, a Hobart and William Smith Colleges professor, made a long and eloquent case for why Berry should reduce the fine.

But what I do know is that I now find it hard to sleep at night while my companions from both the Climate March and the We Are Seneca Lake communities sit in jail. I have visited Dennis, Betts, Clark and Erickson each once since their incarceration, and they are all in relatively good spirits. Even while fasting, Betts and Erickson are each surprisingly chipper. Clark is treating the whole thing like a vacation, and he told me he has taken to dancing in his cell.

Although I know they are all doing okay, I still can’t sleep. My conscience keeps me awake at night, wondering why such sweet and kindhearted people are doing time behind bars while Crestwood Midstream executives are getting away with endangering people’s lives and an entire ecological region. 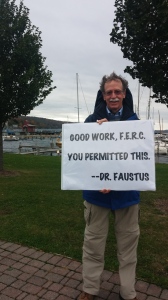 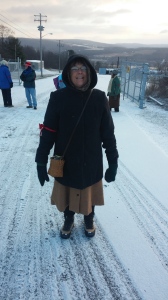 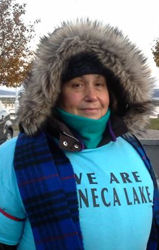 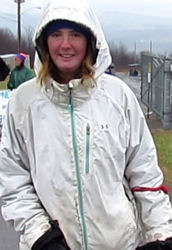 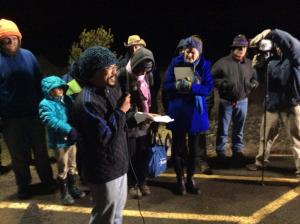