Moving back to black & white 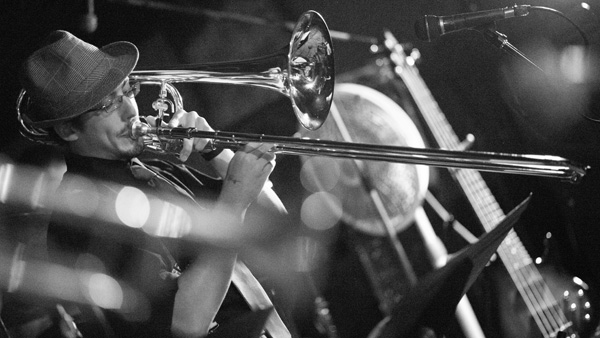 Monochrome cameras seem to be a new trend with high-end camera manufacturers. Leica released their own M Monochrom weeks ago and while not much has really been heard about these cameras they seem to be doing well. A huge part is the price tag of these cameras. Still out of reach for most consumers.

What is their purpose?

Technically, these cameras offer significantly improved performance in areas like resolution, dynamic range and sensitivity. The removal of the debayering process found with color digital imaging means that every pixel of the sensor records raw luminance data. This means that it is a true image without processing and manipulation by the sensor to create a color image.

If you look at my sample image above it shows how simply converting an image at a high ISO can seemingly improve the look of a previously unusable image. And it shows just how far imaging technology has come.

It will be interesting to see how these cameras begin to take off. RED is boasting that David Fincher’s new film is being shot entirely on their new monochrome camera. So hopefully we will see some clips soon.

On a different level, this is the more obvious side to the current trend in digital camera development to create better images as opposed to simply add more resolution (although I’m sure RED would say that they can do both). It shows that companies are no longer just bumping the resolution.

For example, the recently released Canon 5D MKIII features an increase of only one megapixel. However, it features significantly better low-light abilities along with more dynamic range than previous iterations.

I’m glad to see this shift from a numbers game to a question of quality. I think that 20 megapixels is plenty, if we really want to replace film we need more than simply super large image files.