My Mom is a Bartender

With a heavy heart, on October 10th I left the Climate March on the same day it crossed into Pennsylvania, and I returned home to New York. Recently, the Federal Energy Regulatory Commission (FERC) approved Texas-based company Crestwood Midstream’s proposal to store methane in old salt caverns along the Western shore of Seneca Lake. This, I had told myself, would be the one situation that would draw me away from finishing the Climate March early. So, here I am.

I soon discovered that I was not only returning home to a lake in crisis, but also a mother in crisis. 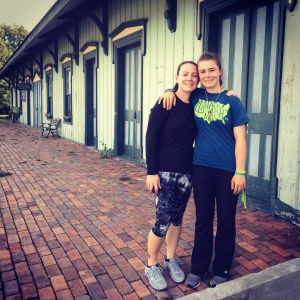 Two nights ago my heart was broken as my mom broke down in tears and sobbed in a panicky voice about the outside pressures she was feeling in her life.

“People say things like, ‘Jen, I’ll never understand why you left your career to bartend,'” she sobbed on my shoulder. “This job just makes me happy, and that’s what I want to do right now; something that makes me happy.”

Amidst a swirl of budget cuts and an ever-increasing workload, Mom resigned from her job as a school psychologist at the Watkins Glen School District in 2012. After resigning, she took up a profession she had been doing on and off since she was 18 and in college: bartending. Except this time, she became employed full-time. The improvement to her mental and emotional health was dramatic.

Since I was a kid, I have always loved watching Mom work the bar. She’s good at it. She applies her psychology degree while working, simultaneously mixing tasty drink recipes she invented and counseling the broken-hearted as though it were all one, smooth motion. Since arriving at Harry’s Sports Bar, she has noticeably increased business. People make it a point to come in when she’s on shift. A free, home cooked dinner magically appears for everyone on Thursdays and anytime there’s a band playing, Mom is behind it.

However, ever since she made her decision in 2012, people have been questioning her. They’ve belittled her profession in subtle ways, making it clear that as a bartender, she is lower in the pecking order. And now it’s taking its toll.

Mom has been working tirelessly for years to renovate the little house I grew up in. Since I was a toddler, the nasty carpets have been ripped up and replaced with silky wood floors, central heating and cooling has been installed, the bathrooms have been torn apart and redone, her gardens are more stunning each year, and my bedroom is now the room of my dreams, all the way down to the detailing on the window frame. Mom is very particular about keeping her house tidy, to the point where leaving a sweatshirt on a chair can get me a stern talking to later. That night, she revealed to me why she was so hellbent on making the house “perfect.”

“This is a double-wide trailer; it’s not even considered to be a real house. I’ve tried so hard make it look like a real house so I don’t have to be embarrassed of it.”

This came as a shock to me. Even in its worst state, I always loved our little home. Enclosed in it are my favorite memories with Mom, Dad, and my dogs. The property around the house has always been more important to me than the inner contents; there’s ample room for a child to run and stretch her legs, endless trees for climbing, flowers for picking, and bugs for investigating. 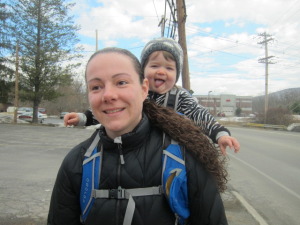 Mom going for a walk with her niece, Alicia

It all came boiling down to one key point in our conversation.

“I don’t want a big house anymore; I’ve worked hard on this one and I love it,” she said, tossing her hands up in the air. “I don’t need all this stuff! I just want to make enough money doing something I enjoy to have what I need.”

When she said this, it was all I could do not to jump up and down with joy. I’d been preaching this to my friends and family for years, and it had been a theme of discussion on the Climate March. Here she was, arriving at this conclusion almost entirely on her own. And yet, it was not a delighted epiphany, it was a tearful one full of shame.

The reality of it all sank in deep. Mom is feeling ashamed of her situation because of society’s idea of success, and the social pressures that exist to make people feel they need to fit the description of successful. We live in a society that equates materialism with luxury and success.

And isn’t it our constant quest to make and buy more unnecessary stuff a huge contribution to the state of our planet? We have to destroy ecosystems to dig up resources, we use polluting factories to convert those resources into objects, we belch out massive amounts of carbon emissions to send them all over the world, and we steam roll over more natural places to build the stores to sell them in. Then, we just throw out most of the stuff anyways, filling up our world with trash. Americans represent 5 percent of the world’s population, but we produce 30 percent of the world’s garbage.

Mom has the right idea. She loves her job, and she has discovered that happiness is contained in actions, not material things. In my opinion, that makes my bartending, low-income mother one of the most successful women I know. 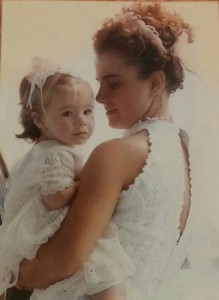 Mom and I on her wedding day