With a decrease in state financial aid during challenging economic times, obstacles that for-profit colleges deal with have risen annually. As America heads into the first part of an election year, the battle between the federal government and the public with academic research has heated up. 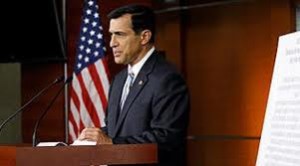 The act would prohibit sharing of privately published academic research despite the backing of public funds. In effect, the proposed bill would also end the current national mandate in place that all tax-payer funded research by college administrators and faculty be available in places such as the PubMed Central database within a year of publication.

But like the recent Stop Online Piracy Act and Protect Internet Protocol Act, the bill has drawn little support. Scholarly publishing presses at Massachusetts Institute of Technology, University of California and University of Oxford have already come out against it. They say the if the public facilitated in the work, the government has no right to block them from viewing it. The bill would also make aspects of work such as peer review much more difficult, they argue.

The Association of American Publishers have stood behind the bill however, which could hurt these university presses in the long run.

Nations such as France, Norway, and South Korea have a higher percentage of the 25-to-34-year-old population with at least a master’s degree than the United States does, but American universities have faced the issue of control over research output after it has been federally funded because of the change in the higher education model. It will be interesting to see how the issue of preventing access to academic research takes shape with the new higher education models introduced by Massachusetts Institute of Technology and Harvard University.