The Pro Bowl is dumb 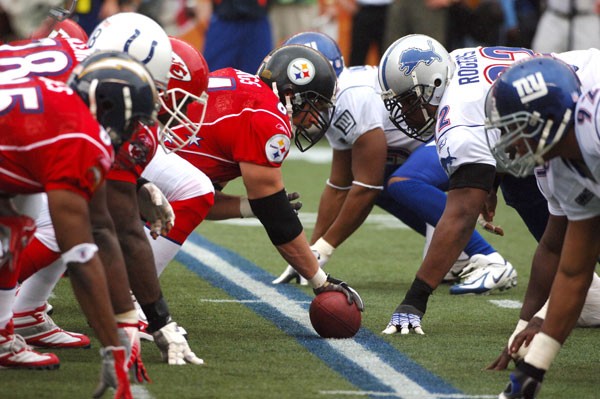 How PUMPED are you? It’s this weekend. Finally. Nothing tickles my whistle like the Pro Bowl. O.K., I’ll stop.

If I was someone who mattered in the NFL I’d just stop the Pro Bowl. End it. Who watches that game anyway? Certainly no one in Hawaii (come on, beach or sit and sweat at an exhibition football game?).

I don’t hate the Pro Bowl, I just think it’s useless, a waste of time, risky, not enjoyable, and boring. Why make players suit up and risk injury a month (for most of them) after they’ve already been done with their season? You think offensive lineman who only live to an average age into their mid 50’s can afford banging heads for another 60 minutes? And, why do these guys do it? Not for the fans — I love football with all my heart and I honestly care more about next week’s Pretty Little Liars episode than I do the Pro Bowl. Yeah, they get a paycheck for participating but one old school hit and Roger Goodell takes that money right back.

So, I can’t just rip the Pro Bowl and not offer a solution. Keep the trip for the best players in the world — send them to Tahiti for all I care. They deserve a vacation for putting their lives on the line for a business. But, I want a skills challenge. They used to hold one a few years ago, but stopped. Makes no sense.

Why not hype up and advertise a footrace between Chris Johnson and Mike Wallace (actually, CJ wouldn’t be allowed in — guy didn’t even make the Pro Bowl after I selected him early in fantasy…)? Or a longest throw competition? Who doesn’t enjoy seeing Aaron Rodgers uncork a football? Or set up bags like they do on SportsScience and see if Patrick Willis can outhit Ray Lewis. I’d even just enjoy watching those men move around massive amounts of weight. There are so many options for where a new era skills competition could go. You could even advertise it as, “And now the hands competition brought to you by Allstate.” I don’t care. I’m sick of watching athletes sleepwalk through a meaningless game. I even feel like they’d enjoy the competition for bragging rights. Is Revis quicker than Wes Welker? The skills competition knows.

I want to see athletes be athletes. Strut their stuff. And it’d minimize injury, too. Seems like a win win. Guess that’s why it’s not happening.