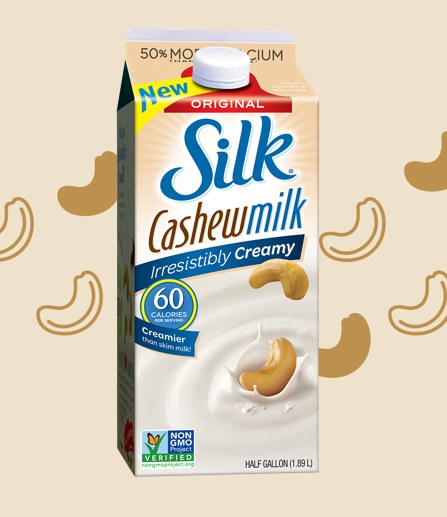 A common misconception about veganism is that vegans don’t drink milk. Many vegans, however, drink milk every day. The milk just doesn’t come from cows.

Alternatives to milk from dairy cows or other animals are becoming more prevalent in mainstream grocery stores.Sales of non-dairy milk have risen by 30% since 2011, indicating that more and more people are considering dairy alternatives. Soy milk, for example, is a popular choice among vegans, people with lactose intolerance, and those who just prefer the taste over cow’s milk. Non-dairy milk isn’t limited to soy, however. In fact, there are over ten different types of vegan milk. Almond, coconut, flax, hemp, rice, and oat milk all serve as tasty and nutritious alternatives to dairy milk. Most dairy-alternatives have fewer calories and more vital vitamins such as B-12.

Recently, dairy-alternative brand Silk has released a new flavor of nutritious milk: cashew. Considering the local Wegman’s sells many Silk products, it most likely won’t be long until  you can have some refreshing cashew milk in your refrigerator here in Ithaca.