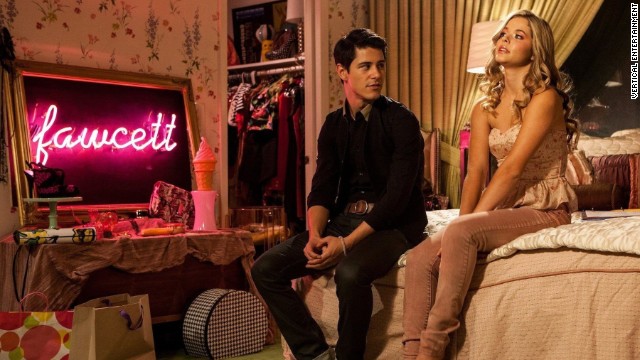 Many people don’t know this, but Netflix actually has an entire Gay and Lesbian section. Now for someone who identifies as homosexual, this is immediately appealing. I get to watch cheesy romantic comedies but with a situation that is more relatable. However, in general, the movies end up being poorly made, not plausible, and overly sexual. Does this stop me from watching the movies? No. This is all I have to make myself feel like someone else gets my issues and desires. Even then, I wish some more funding would go into this genre.

With all that being said, I do actually enjoy the movie G.B.F. and have made many of my friends sit through this crappy yet kind of hilarious movie. Yes, it is highly unrealistic, but, in a way, it offered me some insight into what it means to be a G.B.F.

For those of you that don’t know what a G.B.F. is, it is an acronym for “Gay Best Friend”. It’s a title typically given to a gay male by a heterosexual female, or, at least, that is what the movie portrays with the story of Tanner. And, as an honest to goodness gay guy, I have been called this many times. In fact, as embarrassing as it is, I am also a culprit of labeling myself in this way.

The movie does accurately convey the objectification of gay males, sometimes. Girls see a gay guy and immediately stereotype them with words like “sassy” and “fashionable”, when, in reality, gay people are just like heterosexuals. We just like members of the same-sex. It’s actually not that big of a deal.

But, if you go even further into this, the lesson is clear. Gay people are just like everyone else. Gay people are not property and should not be labelled as such. Coming out is sometimes a very difficult and complicated process. And, lastly, whether the term G.B.F. is real or not, it’s no easy task.

I have plenty of female friends in my life that consider me their gay best friend. However, there is this undertone that doesn’t sit well with me. Why can’t I just be someone’s best friend? Why do we have to add the “gay” into it? I don’t find this problematic necessarily. It’s just a thought I’ve had recently.

I mean, I guess I can kind of understand. As a person, sometimes, I only want to talk to my guy friends. Alternatively, sometimes, I only want to talk to my girl friends. And even then, I sometimes wish I had another gay male to talk to. Yes, I have some friends in my life that happen to be of the homosexual variety, but I don’t really think I have a gay best friend. And that isn’t saying anything about my friends that identify that way. It just means I have an idea of what a best friend is and I haven’t found one of those since I got to college. Maybe, that’s just me being all Hollywood expectation, as usual… But maybe, it’s more than that.

And, to be honest, I feel like every G.B.F. wants a G.B.F. of their own. Someone who relates with them and understands. Without that, it can be kind of a lonely time. So, I, too, search for my G.B.F. with a mindset of understanding that no one else outside of that title knows. I guess to understand it, you have to be one.

I apologize for this post being all over the place and kind of venting here. My blog is supposed to help people and I hope somehow this post did help someone. I don’t know how, but maybe, it did. And I also apologize for updating so little lately. Life has happened… But I promise to be better about it. You have my word.