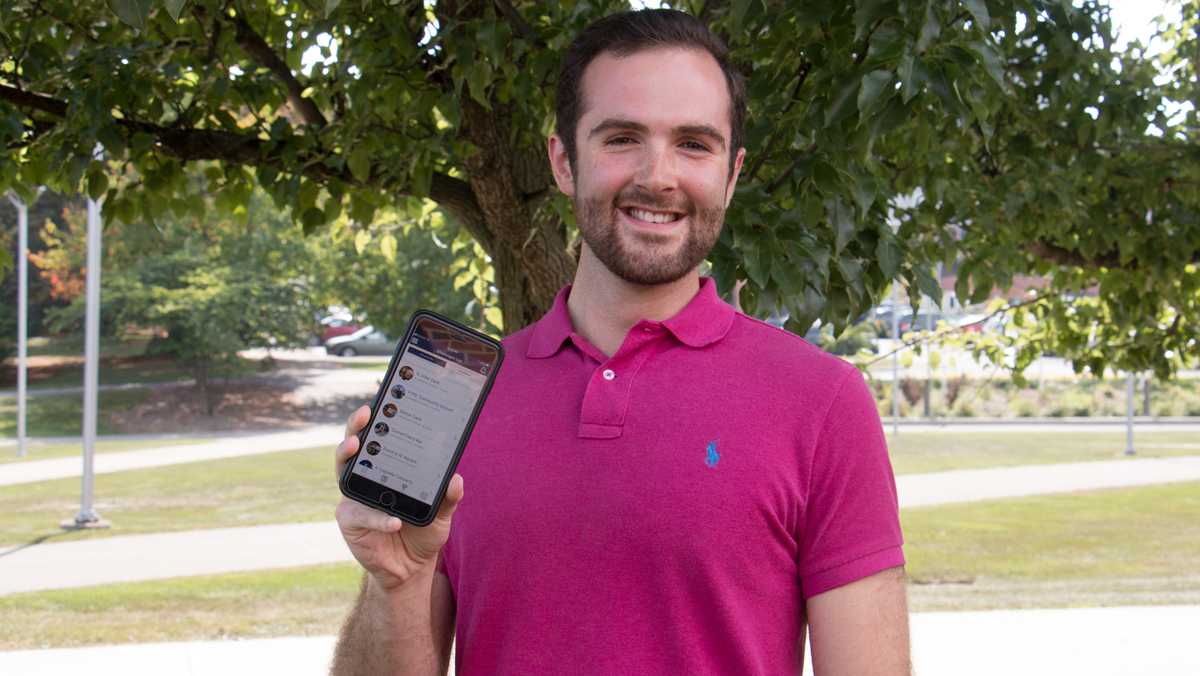 From Cortaca to the Senior Splash, Ithaca College and the greater Ithaca community are home to a multitude of events and traditions. Many of these traditions are part of the college’s identity, but for incoming students, it can be hard to know where to start.

The Ithaca College Traditions Challenge app is a bucket list of challenges for students to complete before graduation. The app was created by former Ithaca College professor Adam Peruta, who left the college after Spring 2014 to teach at Syracuse University, in association with Students Today Alumni Tomorrow to foster community and teach incoming students about the college’s traditions. Junior Christian Brand, a STAT e-board member, said the app was created to let students know about all the things the city of Ithaca has to offer.

“We really want students to get involved with the IC community, not just on campus but off campus,” Brand said. “It’s really great for freshmen because they don’t know these things yet.”

After Peruta left the college, he said that he still had the idea for the app. Peruta reached out to Lynne Pierce, STAT’s advisor and the associate director of alumni relations, in November of 2015 about creating the app to see where it could go.

“I had initially built the first version of the app… it was a very simple working prototype, and we tested it with some of the kids in Students Today Alumni Tomorrow, and right after that, Lynne and I received a small grant and put it all into developing the app,” Peruta said.

The grant was from the National Educational Alumni Trust, a program offering grants to projects that benefit alumni.

To complete a challenge, users simply go to the location or event specified and take a picture, then upload it to the app. Different challenges are worth varying amounts of points, and a leaderboard keeps score of the top 10 users. Additionally, users may see each other’s activity in an Instagram-style news feed and “like” other users’ challenge photos. Currently, there are 105 challenges to complete and 350 active users. Students who complete enough challenges can earn real-life rewards from STAT. Brand said users who complete their first challenge earn a sticker, and then an additional reward for each increment of 10 up to 80.

Prizes include Frisbees, key chains, t-shirts and sweaters. They are distributed during STAT’s tabling events for the app.

“Last year it was developed but it was kind of just getting tested,” Brand said. “This year is the perfected version. We’ve marketed to freshmen heavily, we spoke at orientation sessions over the summer, we have a brand–new Facebook page … we’ve gotten a lot of feedback, so, as of right now, it’s just about the finished product.”

Peruta said that feedback from focus groups was helpful for the app’s development because it helped him understand what students were looking for.

“I’m a big fan of user-centered design, which is involving people who are going to be using your product during all steps of the process,” Peruta said. “We did intense focus groups this past April with about a dozen students using the app … we got feedback on everything from why they participate in the program, what they think of the app design, the user experience, to how they felt about prizes.”

Peruta said one of the goals is to get people on campus engaged by choosing events they want to do, which the focus groups also helped with.

The app is only available on iOS, but the committee is planning on bringing the app to Android in the future.

This year, STAT’s goal for the app has been to create more awareness of the app so students can get more involved with community events.

“Some students, myself included, might not be aware of Ithaca student traditions,” Brand said. “Georgia Tech has a physical book of just traditions that each student should complete. I would feel like if I was a brand–new student here, I would be like ‘What do I do now?’”

Junior Jenna Mortenson, the traditions committee chair, said that the app’s main purpose is to give students a way to participate in and celebrate their community.

“It’s a really cool option for students, when you’re in the moment, sometimes you forget you’re part of this greater Ithaca College community,” she said. “The whole goal of our organization is to celebrate that and embrace that. This community really is something to be proud of, and this app is just one of many ways to celebrate that.”

Junior Brian Farrell, a resident assistant at the college, uses the app. He said he found out about it during an RA training session, where members of STAT talked about the app.

“I like the app because getting traditions points is very easy and takes little time,” Farrell said. “If you can get free prizes out of it, why not use it?”

Junior Sierra Keat, the 3rd–place user on the leaderboard, said she enjoyed how the app encourages photo uploads. As a junior, Keat said that she had already taken pictures at many of the events listed.

“It was really fun to go through my camera roll and look back on the past two years, and reflect on all the cool things I’ve done in Ithaca so far,” Keat said. “I would encourage more students to get involved in the fun challenges.”

The Ithaca College Traditions Challenge app is available on the Appstore.

All aboard — Adam Peruta, assistant professor of strategic communication, hopped on the StartupBus on March 6 in Washington, D.C. Seventy-two hours and 1,500 miles later, before getting off the bus in Austin, Tex., at the South by Southwest interactive festival, Peruta and about 25 colleagues, including designers, developers and business people, were tasked with…

A nine-week app competition begins Friday and is open to any student willing to participate.

Students to compete in developing apps