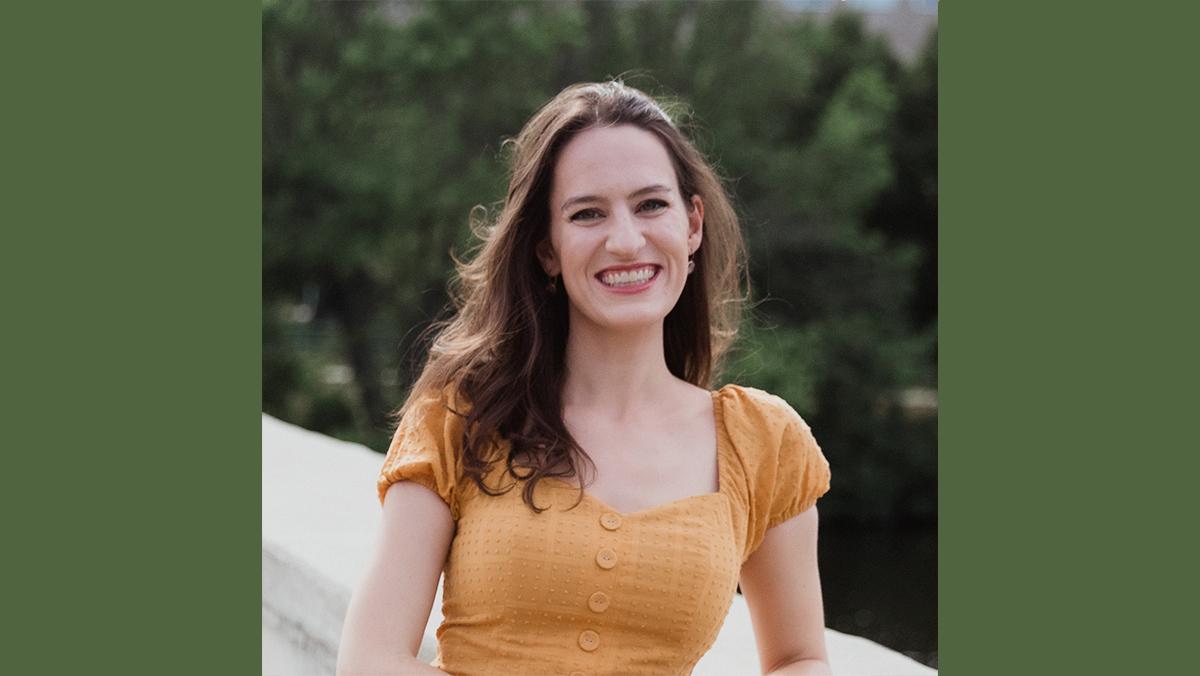 Holiday romance media particularly focuses on Christmas, with more than 80 million people tuning in each holiday season to watch some of Hallmark’s over 300 Christmas movies that have been released since 2009. Hallmark has come under fire in previous years for its lack of religious, BIPOC and LGBTQ+ inclusion in its films. The novel is the second title published under Reynold’s name — Reynolds previously wrote romance novels under the pen name Allison Parr.

Co-Life and Culture Editor Elizabeth Kharabadze spoke with Hannah Reynolds about her novel and bringing Jewish voices to literature.

Elizabeth Kharabadze: Can you tell me a little bit about “Eight Nights of Flirting?”

Hannah Reynolds: “Eight Nights of Flirting” is a Hanukkah romantic comedy for young adults … and it is about a 16-year-old girl who goes to Nantucket for winter break. She’s expecting to see her whole family, and instead, she winds up snowed in with her nemesis. They strike a deal for the holidays where she’s very anxious. She feels like she’s really bad at flirting. [Her nemesis will] teach her to flirt and give her flirting lessons and in exchange, she will pass his resume along to her great uncle. So then it takes place over the holidays. It’s filled with lots of snowball fights, lots of wintry activities, hot cocoa; and she’s trying to learn to flirt so she can win over the attention of her crush, who is this other boy. … At the same time, she’s realizing she’s actually far more interested in her nemesis than she thought she was.

EK: Have you always gravitated toward writing romance?

HR: Yeah, I would say so. I would say that when you’re classically trained, romance, young adult fiction or not any genre fiction that includes sci-fi, fantasy, mystery [or] thrillers are not looked at as favorably. I think that people often think that [literary fiction] associated with joy and happiness are not quite worthy as ones that are a little bit more filled with sorrow and tragedy and what people think reflects real life, but I actually think that happiness [and] romance are parts of real life and those are such important parts. And I think that people really need to see a lot of joy and happiness, especially young people, because it’s hard. Life is very hard. So I think that I have always been drawn to what I consider the more optimistic genres because I think that everybody needs more optimism in their lives.

EK: How did you come up with the idea for a Jewish holiday romance?

HR: There are so many Christmas Hallmark and Netflix films and also books. It’s really a micro-industry unto itself. And I love those, I watch those and I read them — they’re very fun. … But, you know, growing up and even now, I always felt like, well, this is so fun, but it didn’t quite click for me. I wanted to read something that reflected happiness, about a holiday that I took part in and so I thought, well, what if I did this. … I just made it. I did want to preserve a lot of that cozy feeling that you do get from these other things, but I think it is so important to have representation in art. And so I thought: why not do what I wish I had had when I was a teenager? Which was one of these fun, festive books, but for a young Jewish woman to enjoy themselves.

EK: What does it mean for you to see Jewish representation in literature?

HR: It’s great. There’s so much more than when I was a kid. You know, when I was a kid, there was like literally nothing. I think I read … this one by Jane Yolen, “The Devil’s Arithmetic,” about this girl who goes back in time to the Holocaust and it’s a real downer. … So the fact that teens these days have so many more options, I just think is so wonderful. I think that if you don’t see your story reflected, you can often feel as though that part of your story doesn’t matter and nobody’s interested if nobody wants to hear it. So I feel now like seeing so many books … is really great … to see everything and we could use even more Hanukkah romances for teens … and even for adults … I think there’s only less than a dozen of them out there.

EK: What do you want readers to take away after reading “Eight Nights of Flirting?”

HR: I just want them to be happy. … Maybe some readers will be introduced to things that they’re less familiar with. I think that there’s all these great studies about how reading increases empathy. And I think that is because books allow you to step into the shoes of people who aren’t like you. … So I hope that for people who are perhaps less familiar with Jewish customs, [the book] makes them comfortable around it. And, of course, I hope that Jewish readers just feel seen and appreciated. But for all readers, really what I want is for them to just be uplifted and feel happy. Especially I think if they aren’t feeling happy, I think that literature and other forms of entertainment are just great ways of making you feel better in your life.