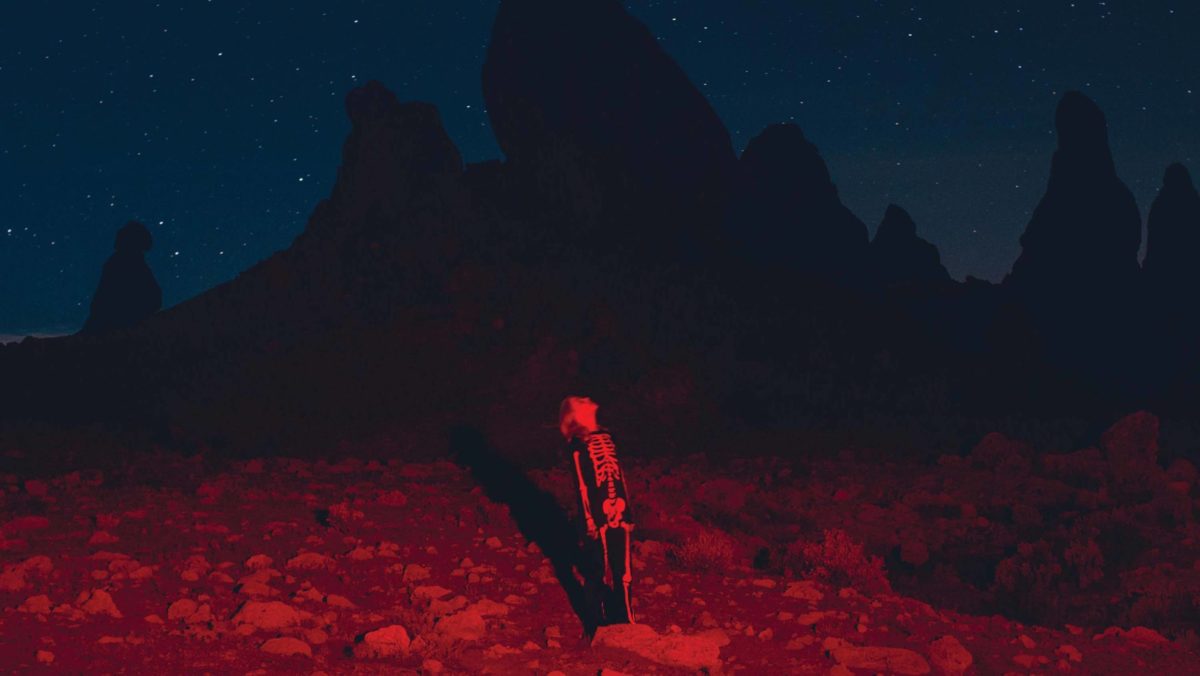 Courtesy of Dead Oceans
Phoebe Bridgers is exceptional as ever in "Punisher," her second album following the fantastic "Stranger in the Alps" from 2017. She pairs her trademark confessional lyrics to limited instrumentals, highlighting her high, soft voice.
By Arleigh Rodgers — Life & Culture Editor
Published: June 29, 2020

In “Punisher,” Phoebe Bridgers knows exactly who she’s talking to: everyone.

As she proved in “Stranger in the Alps,” her debut album from 2017, Bridgers is more than just one idea, feeling or tone. Just like her listeners, Bridgers loves deeply and has her pitfalls and heartbreaks. But what sets her apart in “Punisher” is her quiet confidence and nonchalance when admitting sharp, intense and tender feelings, accompanied by battering drums or a low electric guitar.

After the short and distorted prelude, “DVD Menu,” Bridgers launches her dark and stripped brigade with “Garden Song,” the first of three spectacular singles from the album. “Garden Song” feels classically Bridgers — evocative, confessional and bolstered by limited instrumentals. This time around, she is accompanied only by a muted electric or acoustic guitar. Her voice is bolstered by the song’s simplicity and the deep background vocals layered atop hers in the chorus. It feels as though the song never concludes — as if “Garden Song” could loop forever without growing weary.

“Moon Song” and “Savior Complex” follow in this cyclical fashion, but Bridgers’ simplicity is never boring. “Halloween,” like “Garden Song,” cleverly relies on a straightforward backdrop, just soft enough to appear effortless until the lyrics, raw and jarring, manifest like smoke from the song’s engulfing rumble.

Although a few songs down the tracklist, “Punisher” becomes a melancholy extension of “DVD Menu.” Similarly wistful and genuine as it was in “Halloween” and “Garden Song,” Bridgers’ voice is pleasantly overwhelming and profound, and it extends every deep vowel. The song “Punisher” shifts unhurriedly into Bridgers’ staggering lyrics, like “I love a good place to hide in plain sight” — outwardly simple but deeply confessional.

When she picks up the pace, Bridgers continues with excellence. “Kyoto” and “ICU,” the album’s other two singles, carry the exhilaration of her monumental song “Motion Sickness” from “Stranger in the Alps.” “Kyoto” in particular is also similar to her music with boygenius, an indie rock trio that comprises Bridgers, Julien Baker and Lucy Dacus in its uplifting, drum-heavy sound.

“ICU,” on the other hand, is a hazy dream — an electronic-laden UFO message from an otherworldly, talented artist. She completes her call with insightful lines like “It’s amazing to me / How much you can say / When you don’t know what you’re talking about,” and a beautiful, shattering drumbeat. The same applies to “Chinese Satellite” in which her trademark quiet revelations are simultaneously heartbreaking and thrilling. She also rhymes “evangelicals” with “vegetable.” Who else could do this with such ease, like these two words were meant to be laced together?

The concluding track, “I Know The End,” destroys all notions that Bridgers thrives only on velvety, low-tempo songs — or that her excellent upbeat tracks are occasional strokes of luck. The song is a crescendo of bright horns and, eventually, Bridgers herself screaming long and loud. She again floods this song with waves of bursting drums, an invited suppressing force that totally engulfs the listener.

Yet she lets up just at the end, her screams turned into a whispered exhale. She chuckles slightly. This must have been the conquering end Bridgers said she knew — an end in which her album would ask to be played on a constant loop, superb in execution and tremendous in its conclusion.