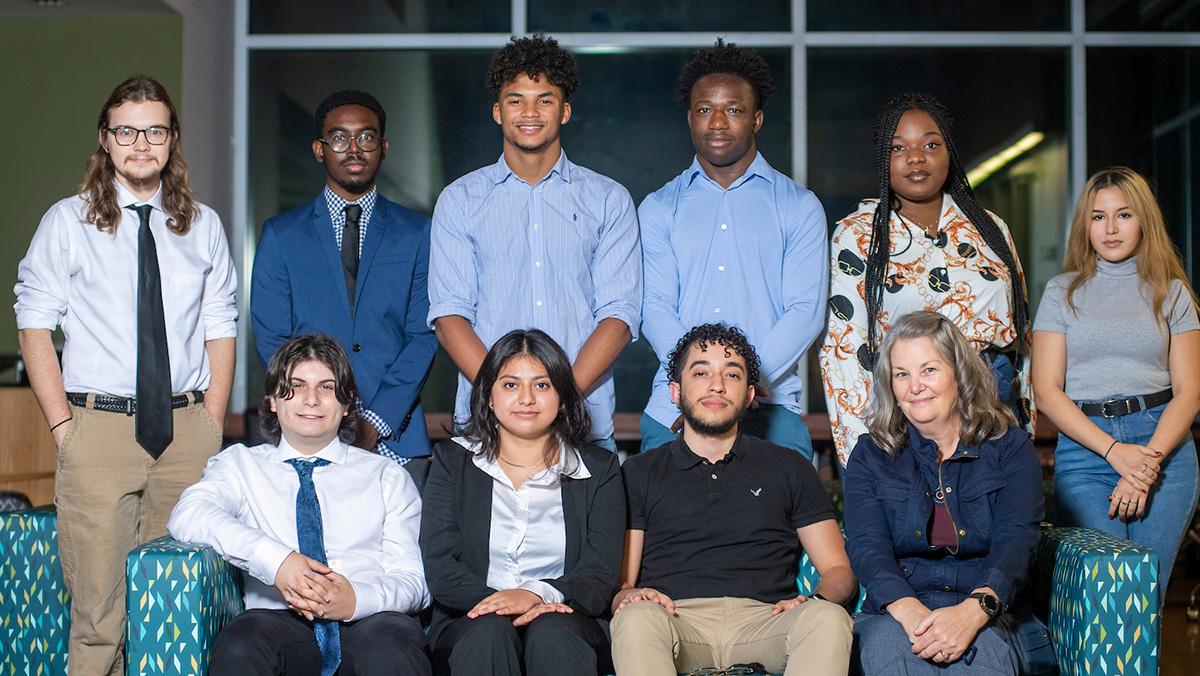 In 1969, during the height of the Black power movement, only 136 out the 100,000 Certified Public Accountants in America were Black. That December, nine Black accountants met in New York City, wanting to form a group that would address concerns of minorities in the accounting profession and promote professional excellence. Thus, the National Association of Black Accountants was born.

Its local chapter, the Ithaca College National Association of Black Accountants (IC NABA), has been aiming to bridge gaps for minority students in the School of Business for 10 years. The club meets at 6:30 p.m. on Mondays in room 206 of the Dorothy D. and Roy H. Park Center for Business and Sustainable Enterprise to talk about building resumes, getting internships, making investments and networking.

“We talk about internships and networking and all that stuff,” Rosario Beato said. “All that stuff is just to make sure that you have a comfortable environment and a family that you can go to and talk to.”

Rosario Beato said he hopes students understand that while the club promotes Black students in the School of Business, the club is open to non-Black students and non-accounting students.

“This is not specifically for Black students or for accountants,” Rosario Beato said. “It can be for anyone who is outside the accounting field. Basically we want to make sure that members of this club can become leaders of tomorrow … and have strong responsibilities [that] prepare them for adversity they might face.”

The motto of NABA is “lifting as we climb.” The association promotes community amongst business professionals in addition to opportunities that aim to decrease the disproportionate representation of Black Americans in accounting.

Freshman Brenda Acevedo is the secretary of the club and a business administration major. Acevedo said she appreciates the emphasis that Rosario Beato puts on building up the LinkedIn profiles of club members. LinkedIn is a key part of networking for many business students — over 87% of job recruiters find Linkedin to be the most effective tool for vetting candidates.

“I joined IC NABA when [Rosario Beato] was promoting the club for the IC business fair,” Acevedo said via email. “The things that [Rosario Beato] said were really interesting, and he motivated me to join. The experience in NABA has been very exciting, I enjoy learning from the other members and building connections in our LinkedIn.”

Rosario Beato said that when he began as president of the club, he was the only member of the executive board. His goal has been expanding the size of the club so that more graduates can look back on the club as a helpful part of their development.

“At the end of the day, when we graduate or we move forward … you can look back and say ‘Hey, I was a part of this club that helped me become a better leader or more responsible or just a better person,’” Rosario Beato said.

Margaret Shackell, assistant professor in the Department of Accounting and Business Law, became the adviser of the club in Fall 2019. Shackell said that when classes were virtual during the pandemic, the club stopped meeting. But when Rosario Beato took one of her accounting courses during Spring 2021, they decided to restart the club. Before the pandemic, one of the biggest events of the year for the club was the NABA’s national conference that students from the club would attend and meet people from top American companies. Shackell said she hopes to bring the club to the conference again.

“I’m continuing to monitor what the situation will be for these meetings next year,” Shackell said. “It was so beneficial to our students to be able to do this networking and to meet all these great companies and get offers as a result of this conference.”

Freshman Hadil Khodji said the club has helped her find a place to grow as a business major and make friendships as an international student. Khodji said that being from Morocco has made it hard for her to find people who share her experience and identity as a white African.

“The other day we had a meeting, and I was really upset about [how] my country closed [its] borders,” Khodji said. “I went to the meeting, and they were all kind about how to deal with your feelings and your stress … [and] for example what to expect from yourself and what your goals are.”

Shackell said while the group is keeping an eye on upcoming events, she hopes the club can be a place for students to come to get accounting advice and be taught quality values that will prepare them for the financial world.