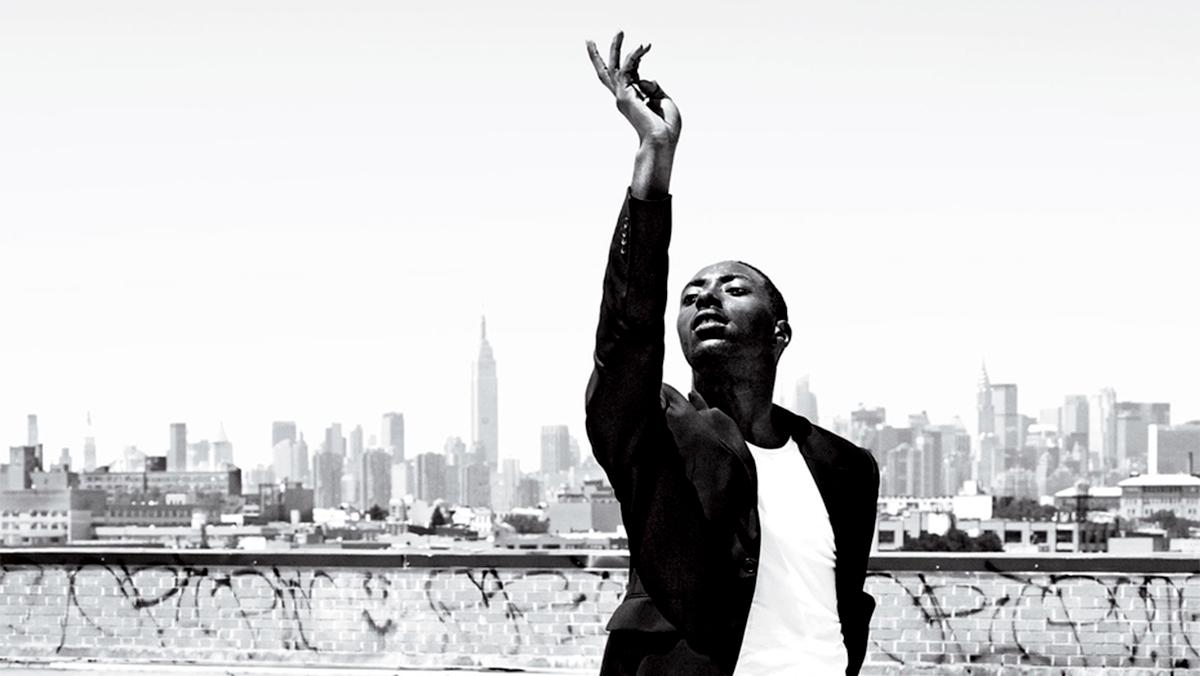 Courtesy of Storyboard P
Storyboard P, Brooklyn-based street dancer who is known for channeling his emotional state and improvisation through flex, a form of dance, will be the keynote performer for the MLK week celebration at 7:30 p.m. Jan. 26 in Clark Theatre in the Dillingham Center.
By Kate Nalepinski — Life & Culture Editor
Published: January 25, 2017

After rhythmically gliding across the floor in an abandoned building, Saalim Muslim — who goes by Storyboard P — jolts backward, his hand landing delicately on the ground. He contorts his body, moving slowly to the sound of violin strings, his feet twisting, his legs intertwining in odd directions. His body, flowing effortlessly, is fueled by emotional response and improvisation in his 2012 video “BLACK MAGIC.”

These are just a few of the main elements of flex, a competitive New York street dance form that was founded in Brooklyn, New York, frequently performed by Brooklyn-born Storyboard P.

At 7:30 p.m. on Jan. 26, Storyboard P will perform in the Clark Theatre in the Dillingham Center as the keynote performer for MLK Week, Ithaca College’s celebration to honor Martin Luther King Jr., Storyboard P will have a question-and-answer session following his performance, where he will also sign autographs and interact with the audience.

As a storyteller, Storyboard P aims to evoke a film-esque feeling through his style — hence his name.

“What I like doing with my body, honestly, is creating a string of pictures — a thousand pictures — and when they come together, it creates a motion that has vibration rather than a single move.”

His fame skyrocketed when he was individually selected to solo dance in Jay-Z’s music video for “Picasso Baby,” part of the 2013 album “Magna Carta…Holy Grail.” However, Storyboard P didn’t listen to the track ahead of time: instead he improvised the dance from the first listen, allowing his natural reactions to guide him.

Don Austin, assistant director of community service and leadership at the college, said the performer will likely come prepared with a set of tracks to perform to, but no choreography — which reflects his style of dance.

“He works a lot from an improv standpoint,” Austin said. “He follows the mood of the music, and from there he weaves in his reaction to the sound. … That improv is what makes the art form so unpredictable. It’s a response to the sound and to the audience.”

This unpredictability is what Storyboard P refers to as his attempt to go against the limitations that formed in the industry, like being restricted to certain choreography or being placed as a backup dancer. He said he prefers this improvisation because it’s more than just hitting action marks.

“I started to pioneer in my own lane when there started to become too many limits and restrictions,” he said.

“It’s popping up in television shows, like ‘So You Think You Can Dance,’” he said. “He definitely has a wavy style, which I’d say originates from hip-hop dance. When hip-hop first started, it emphasized these techniques of breaking, popping and waving — and his style is traditional and close to the roots of hip-hop.”

While he describes himself as an independent performer, Storyboard P isn’t a novice — he has performed in music videos for notable names in the industry, including Flume and Chet Faker, The Bullits and Jay-Z.

Austin said he believes Storyboard P is the ideal performer for the MLK celebration because his flex originates from impoverished neighborhoods and addresses racial issues.

“It’s something where this is a style of dance that is … organic in how it grows,” Austin said. “It emerges from life inner-cities and … challenges and experiences. It seems like something that’s triumphant that’s coming from inner-city environments. … From this often negative place emerges a beautiful art form.”

Storyboard P said performing for the MLK celebration correlates with the civil rights Martin Luther King Jr. stood up for because his dance, similar to MLK’s speeches, work as an entryway for people to express their opinions.

“Civil rights dance has to do with this because it’s a vehicle [for others] to speak up,” he said. “I try to be a true hip-hop artist and keep the dialogue open, but MLK had a lot to do with the ability to come together and fuse cultures. Half of these things wouldn’t be possible without MLK.”

Despite opening doors of opportunity for dancers with styles similar to his, Storyboard P said he doesn’t allow his ego to stand in the way of supporting other artists — because there should be more emphasis on uniting as a whole.

“I feel it’s OK to be a vehicle [for other artists] … but I don’t get attached to it,” he said. “We find a cohesiveness and go our own ways. Believing in this movement is believing in more than dance.”

Medel said Storyboard P is telling stories of racial injustice through his dance.

“Hip-hop dance started in the early 1970s in the Bronx as a way for marginalized people to express themselves and create something good,” Medel said. “I think he does a good job at expressing his story through dance. Dance is a good way to tell stories, whether you’re matching moves, moving to the singer’s lyrics, or just doing what feels right. So it’s another way for the audience to experience that message.”

Storyboard P said people often try to change the style of street dance for the sake of marketing, but to savor culture, performers need to remain autonomous.

“You’re projecting sound through your body, and it makes you take shape,” he said. “Changing some of these dynamics is when people go off and say something else is more marketable, but we can’t follow that. We need to build upon that [style].”