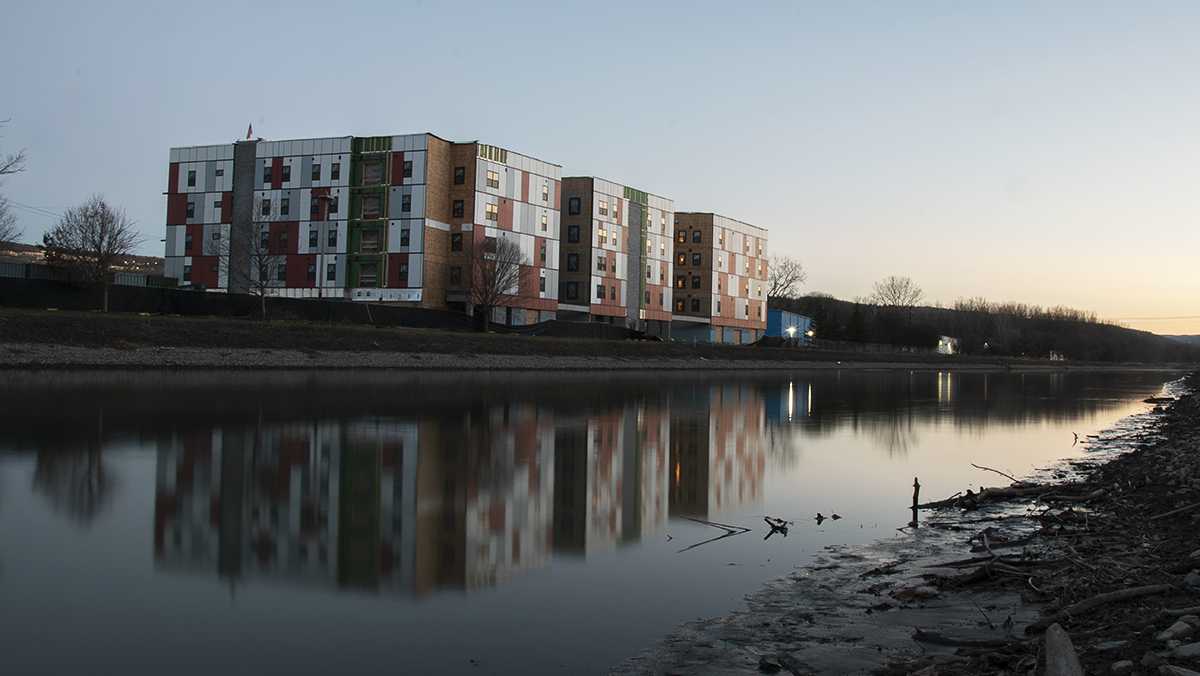 From art galleries to sidewalk murals, sculptures on The Commons to artistic bike racks, art has always been a fundamental part of Ithaca. This fall, a new affordable housing project will be catered toward the artists in Ithaca who contribute to the community.

The Ithaca Arthaus is currently going up on 130 Cherry St. through the Vecino Group, a national construction company that builds affordable housing. In addition to providing housing for artists, Ithaca Arthaus will include housing for formerly homeless and foster care youth from ages 19 to 26. Bruce Adib-Yazdi, vice president of development for the Vecino Group, said the housing will be available to anyone who qualifies within the income limits, from 50% to 80% of the area median income. According to the U.S. Census Bureau, the median household income in Tompkins County in 2019 dollars from 2015 to 2019 was $60,240.

Adib-Yazdi said Ithaca submitted a request for a proposal for affordable housing in December 2018, and the group was chosen to start construction. Arthaus will have 120 units and a gallery on the ground level.

“Every project that we do and touch has to have a broader community issue that it solves, and in this case, it is the fact that Ithaca needs affordable housing, period,” Adib-Yazdi said. “We asked the community what sort of housing they need, and one of the items that came up was an artist community.”

To attract artists to the property, Vecino has partnered with the Cherry Arts, a nonprofit organization on Cherry Street that presents and facilitates art spaces to different artists and creators.

“We are really excited about the collaborative possibilities,” Buggeln said. “What’s really exciting for us is that arts companies across the country have an ongoing challenge of making the work available to lower income groups. People who haven’t really felt invited into the arts making spaces, the galleries and theaters.”

Mike Willemsen, president of construction for Vecino, said that having an affordable space for artists to be creative is very important.

“I think that sometimes in the world, there is so much focus on business and production, engineering and sciences and maths of the world,” Willemsen said. “It is important to focus on the arts and culture. It is not a good idea to forget about that stuff. It is truly what makes us human. I think that our art house projects are a big testament to our commitment to that part of the world.”

The Ithaca Arthaus has been in the works for over two years. Buggeln said Vecino has not seen many setbacks since the start of the pandemic because construction is mainly outside. Although the project is moving forward, the pandemic did have effects on the building process.

“Global supply chains were impacted, which have real–life impacts on our hometown communities,” Willemsen said. “Sometimes you see stuff on the news about the pandemic and it’s hard to kind of translate it to your own personal lives, but the construction industry is a global industry. We get impacted by trade, tariffs, supply. The pandemic has definitely added some layers of challenge.”

Although there have been challenges this past year, once the Ithaca Arthaus has been made, Buggeln said he has hopes of the Cherry Street district potentially becoming an arts district.

“If all of the different developers wanted to come together to decide that they would have each building have an arts component to the building, then that could make their planning process smoother,” said Buggeln.

Visum Development Group of Ithaca has plans to construct a 11.3–acre development near Cherry Street. The development will include retail, recreational spaces, housing, business hubs and event centers.

Buggeln said that so far, Vecino has been great to work with and matches the Cherry Art’s goals for the Ithaca community.

“Their development philosophy is very much about bringing social good to communities,” said Buggeln. “More than just making a buck on a big apartment building, this is affordable housing that can be for artists, and we hope that artists will want to take advantage of it.”