Matt Maloney/The Ithacan
Members of Ithaca's theater community marched on The Commons on Jan. 19 holding ghostlights to demonstrate safe harbor for equal rights for all people, in light of the 2016 presidential election.
By Kate Nalepinski — Life & Culture Editor
Published: January 23, 2017

On the eve of President Donald Trump’s inauguration, over 150 actors, directors, artists, playwrights, designers, students, technicians and other members of the Ithaca community stood together in a circle in front of the Kitchen Theatre Company on West State Street. Each person held their own source of light, be it a candle or an LED bulb. An elderly man near the center of the circle proudly carried a ghost light — an electric light in a wire cage that is typically left on the stage when a theater is unoccupied.

“The Ghostlight Project takes its name from an action that we all do daily, when our theaters go dark at the end of the day: We turn on the ghost light, offering visibility and safety for anyone who enters,” said Rachel Lampert, artistic director of the Kitchen Theatre Company, to the crowd. “Like a ghost light, we create light tonight that will represent our commitment to safeguard many things. It will symbolize a safe harbor for many of us … who find themselves targeted because of race, class, religion, country of origin, immigration status, ability, disability, gender identity and sexual identity.”

Then, on Lampert’s countdown, the people in the crowd switched on their lights, creating a glow that lit the front of the theater as they prepared to march to The Commons and reunite in front of Center Ithaca.

Members of 13 local theater groups — about 160 people — came to the march on Jan. 19, including the Kitchen Theatre Company, Hangar Theatre, Civic Ensemble, The Cherry Arts, the Ithaca Shakespeare Company and others.

But Ithaca did not march alone. The Ghostlight Project occurred within theater communities nationally — from Broadway to high school, regional and community theaters. At 5:30 p.m., when the Ithaca theater community turned on its lights, so did thousands of people across America in their respective time zones.

The project was created by the Ghostlight Steering Committee, a group of performers and artists whose goal was to combat what it perceived as Trump’s recurring hate speech. Trump frequently targeted marginalized groups, including Muslims, African Americans, undocumented immigrants, people with disabilities and members of the lesbian,  gay, bisexual,  transgender and queer community, throughout his campaign with messages that posed threats to their rights.

“The Cherry Arts pledges to continuing putting voices from nearby in dialogue with voices from far away and to keep challenging our audiences and our community to understand other ways of making stories out of our lives,” BuggeIn said. “[We] pledge to be a place of radical inclusion and broadening horizons.” 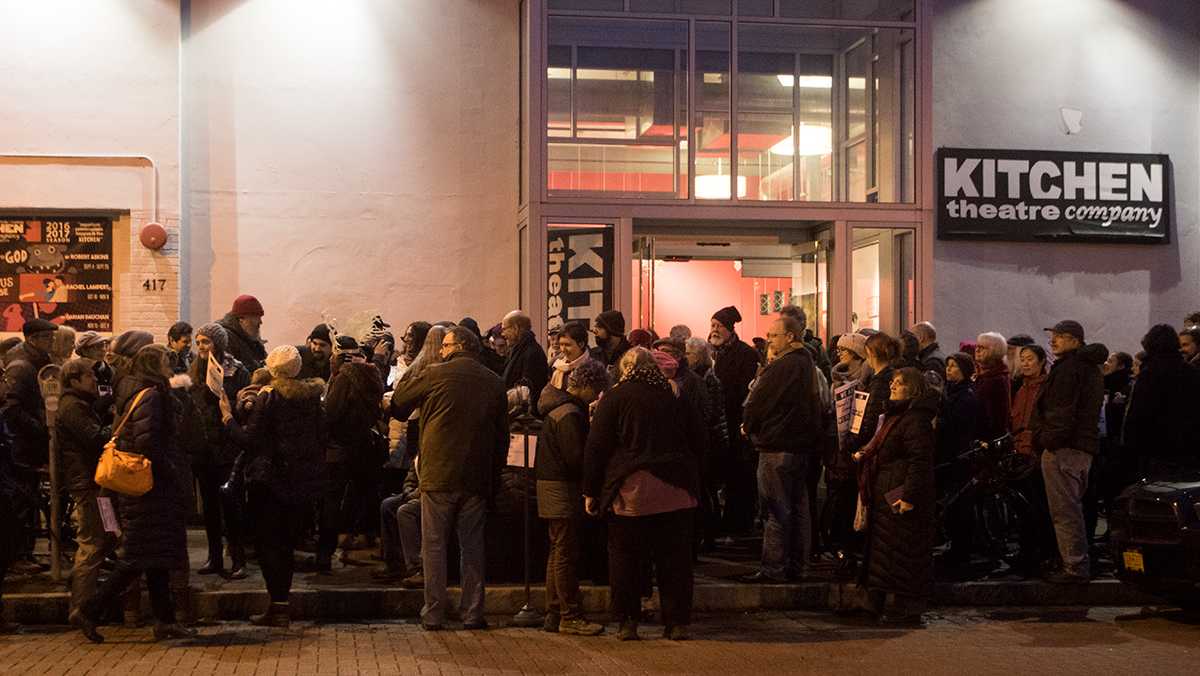 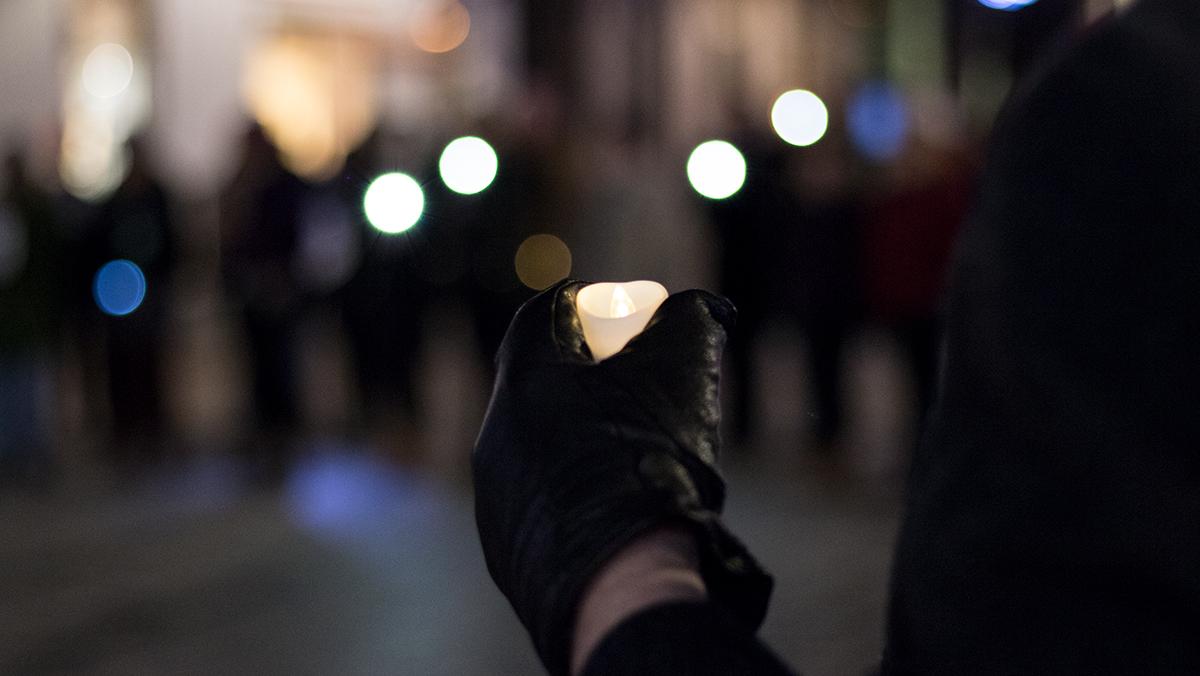 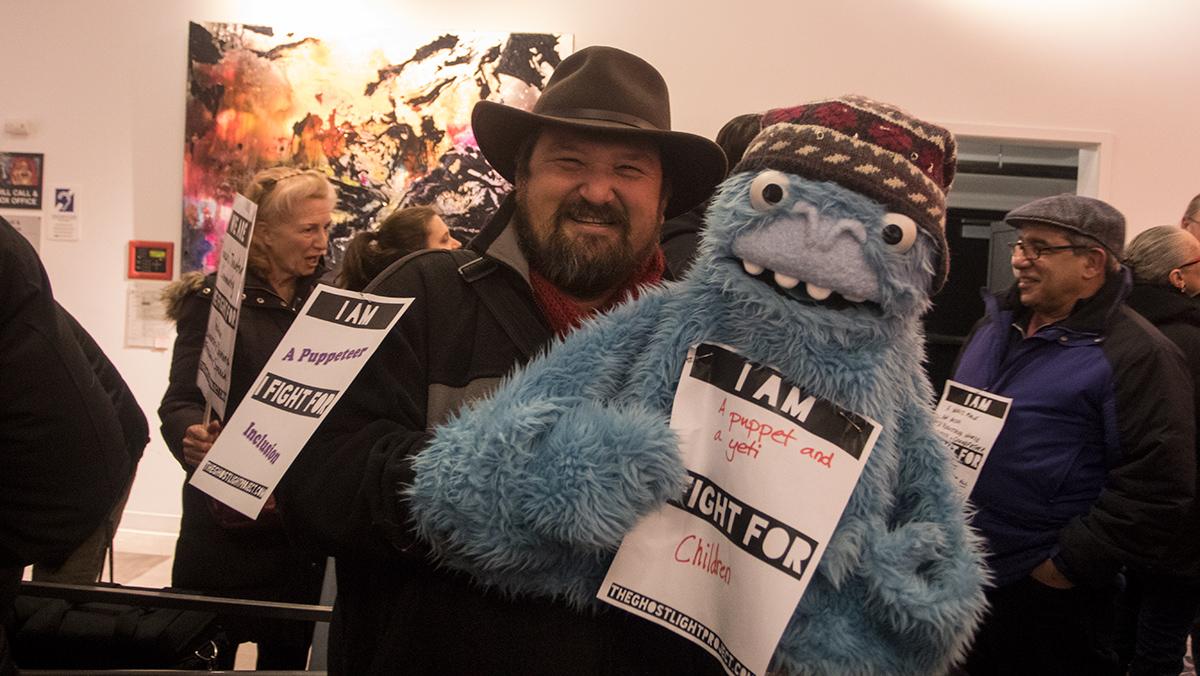 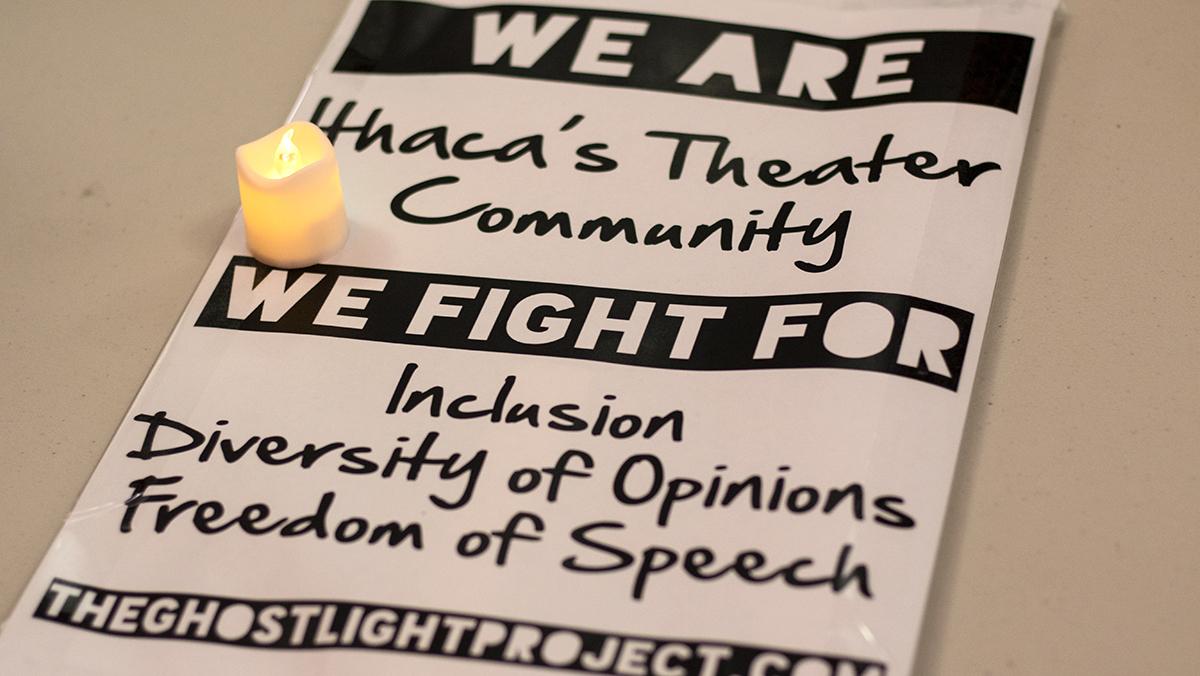 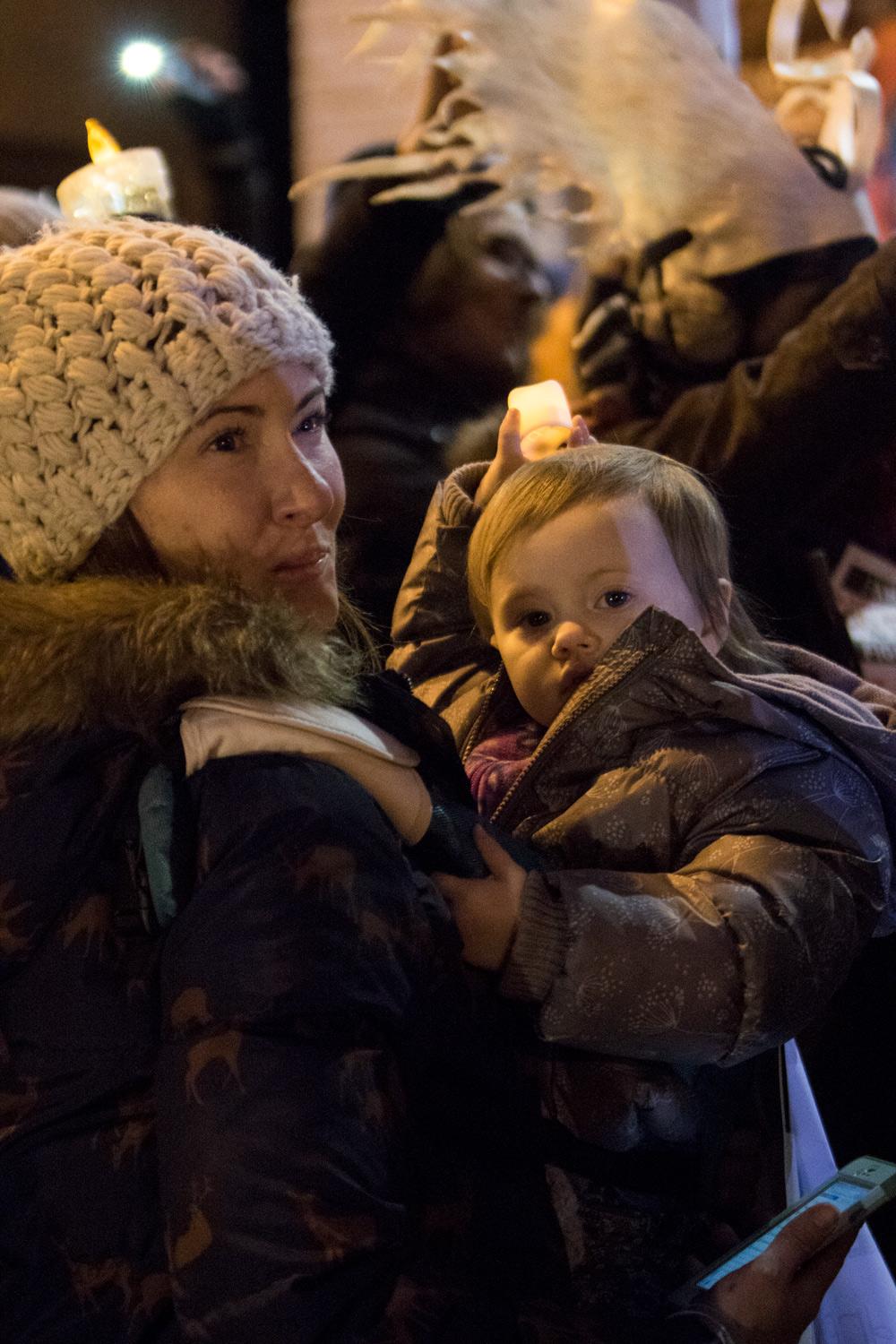 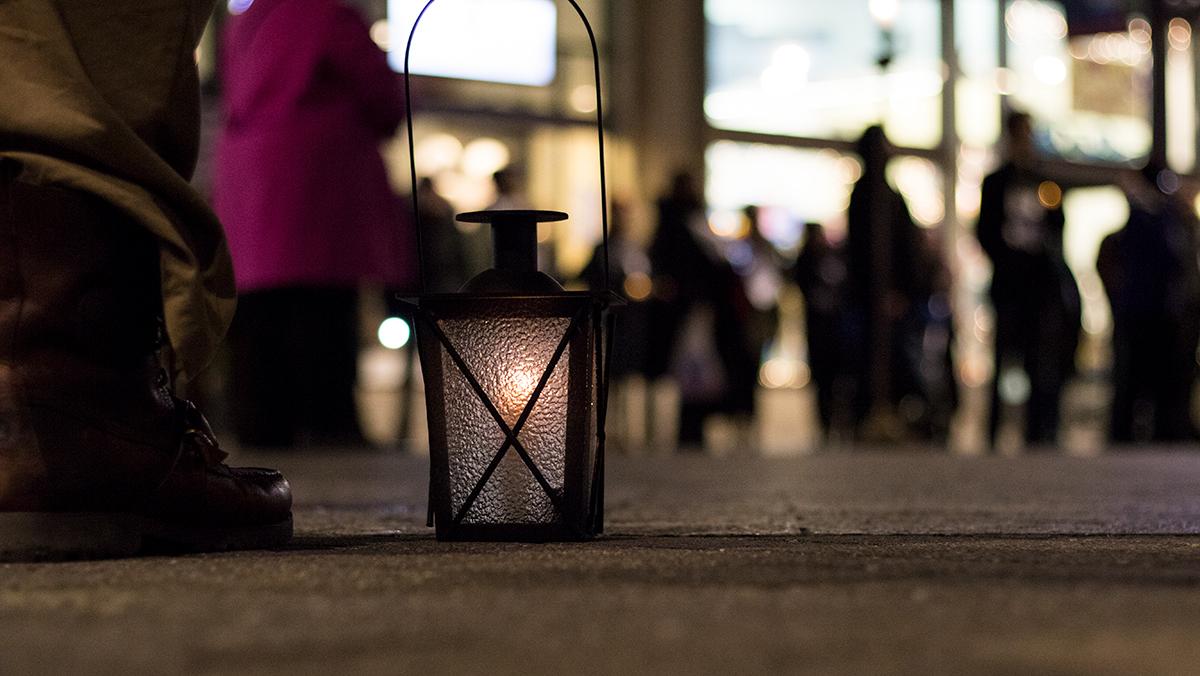 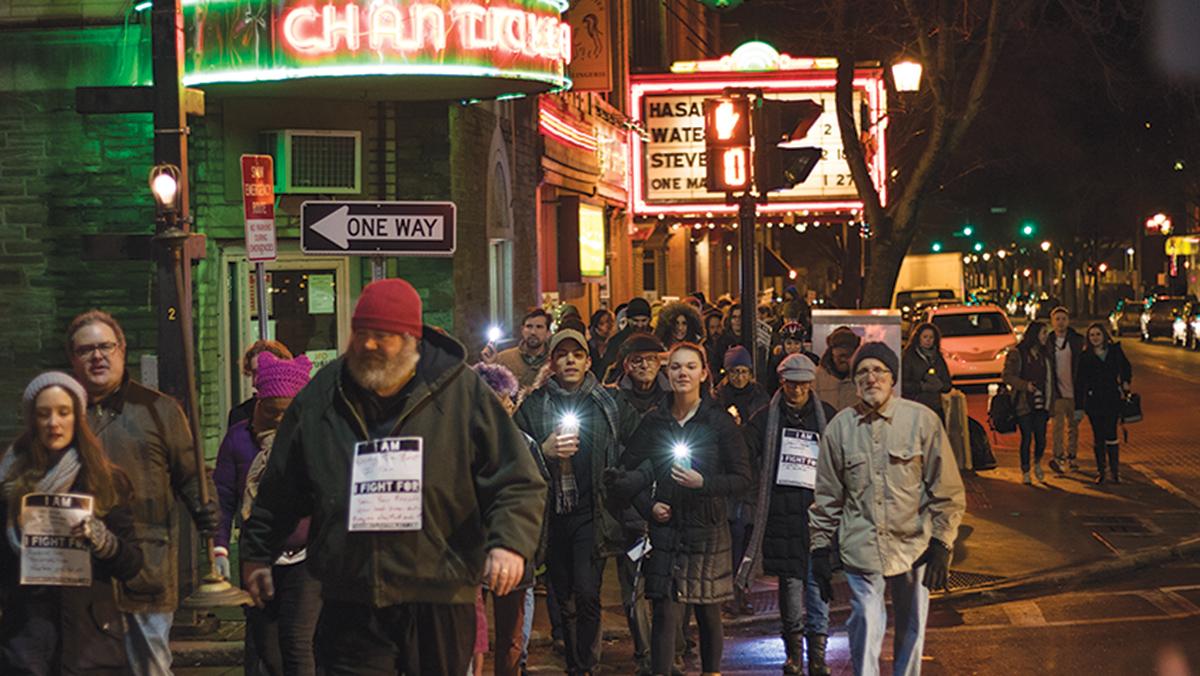 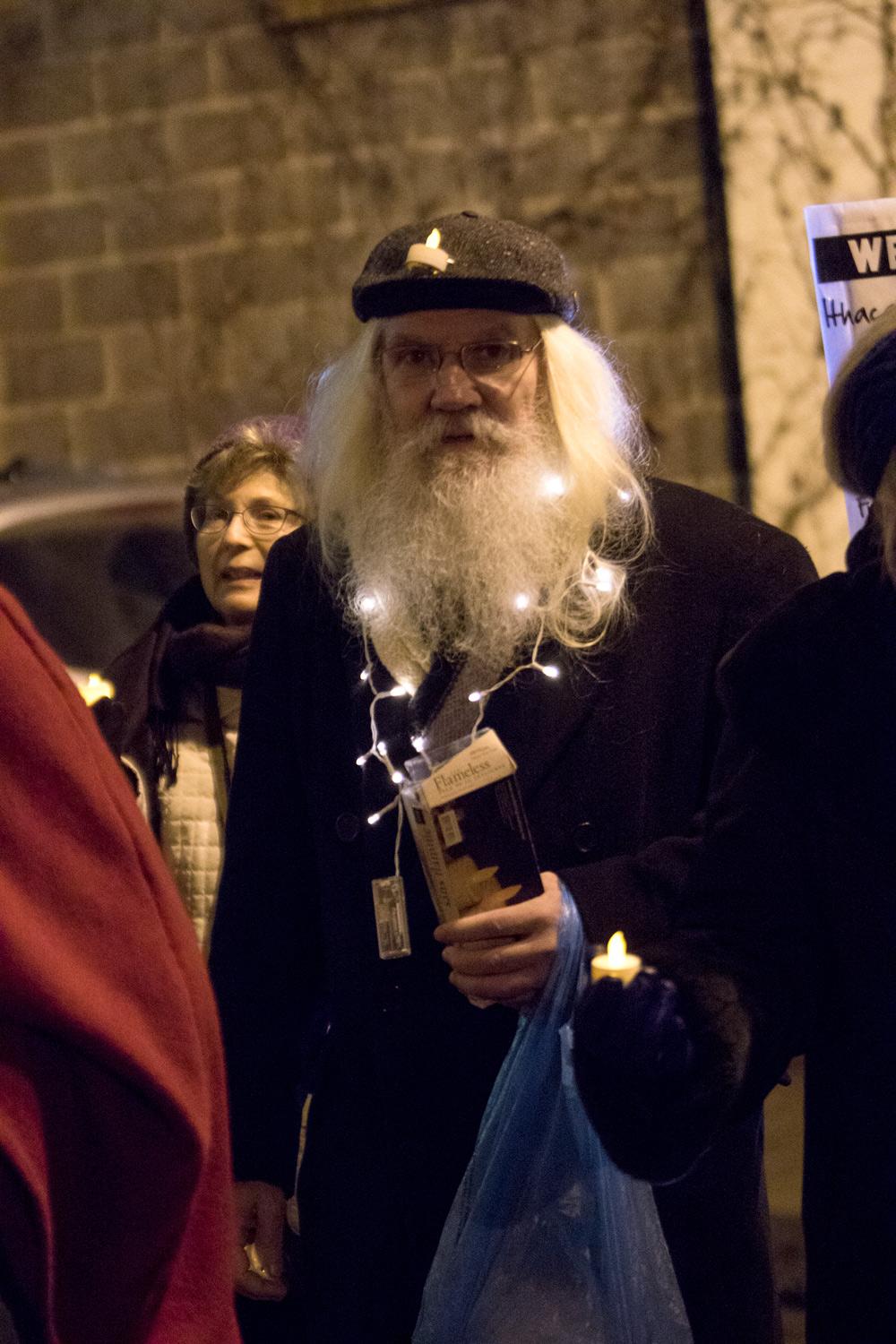 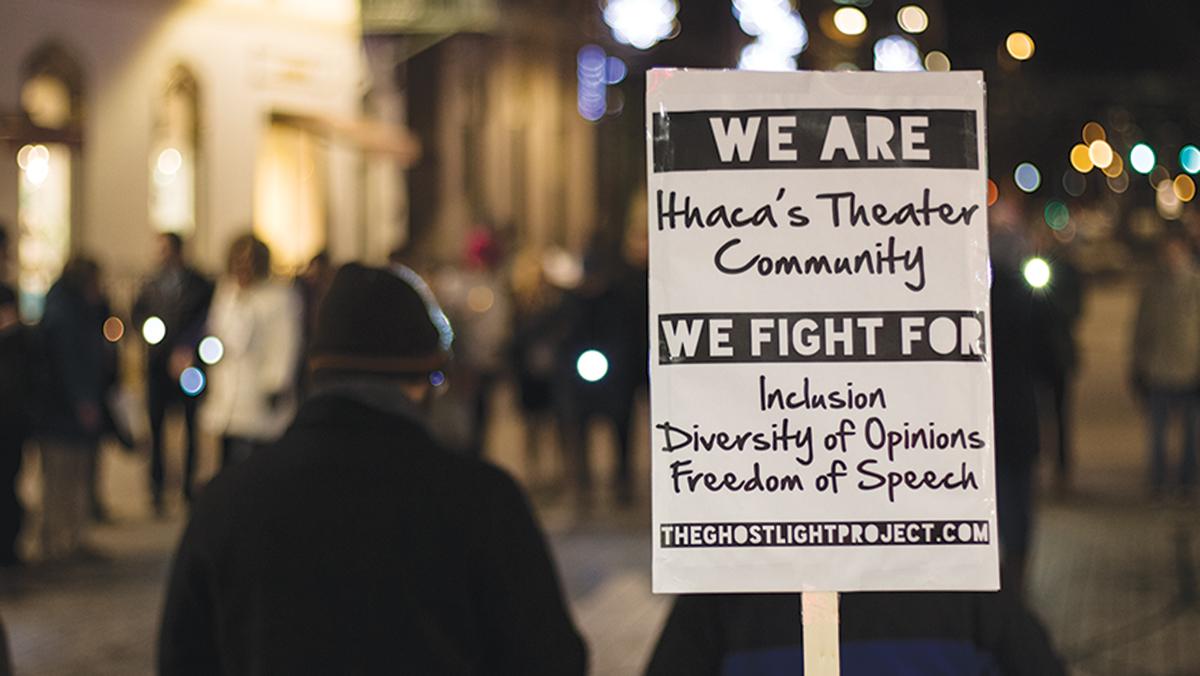 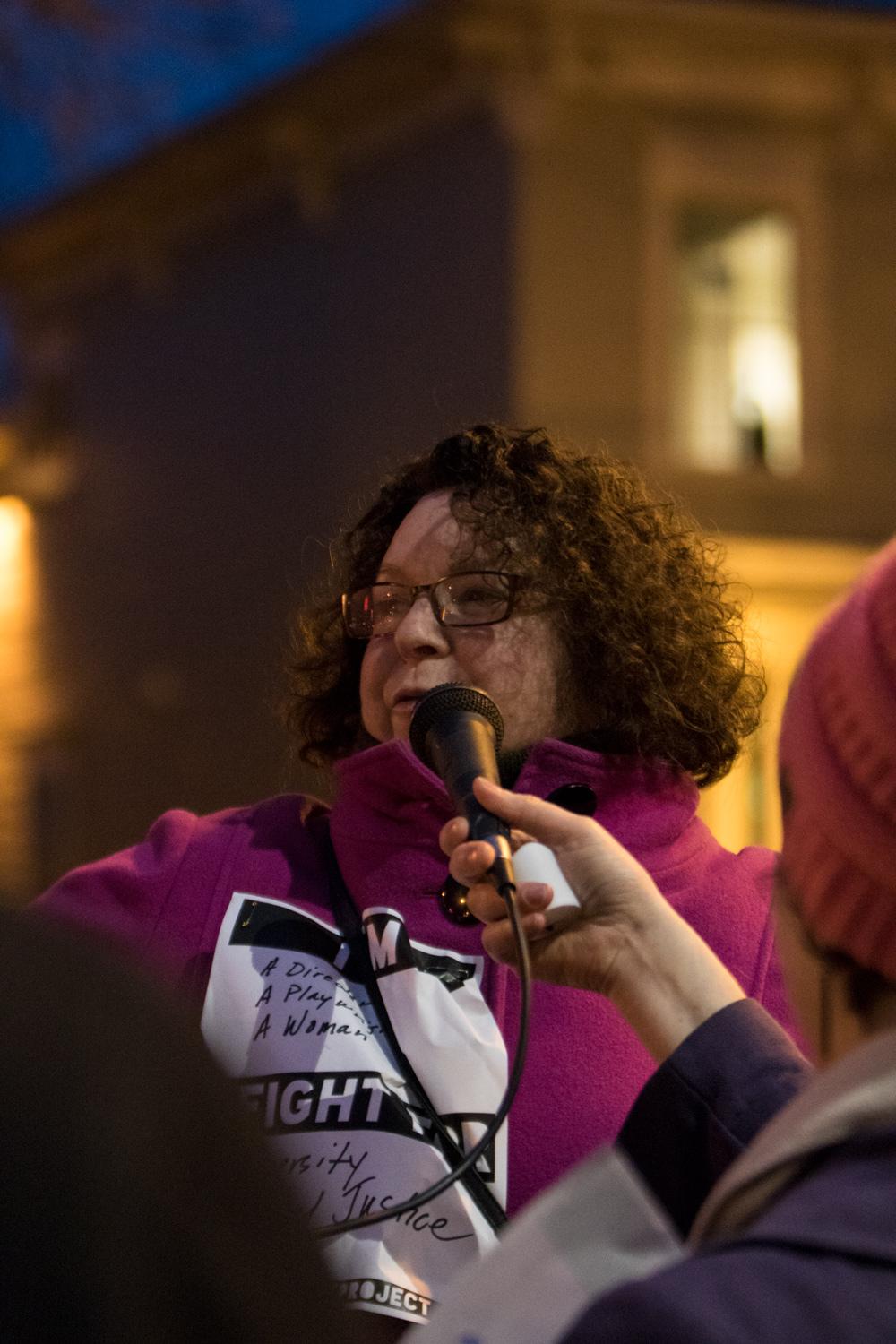 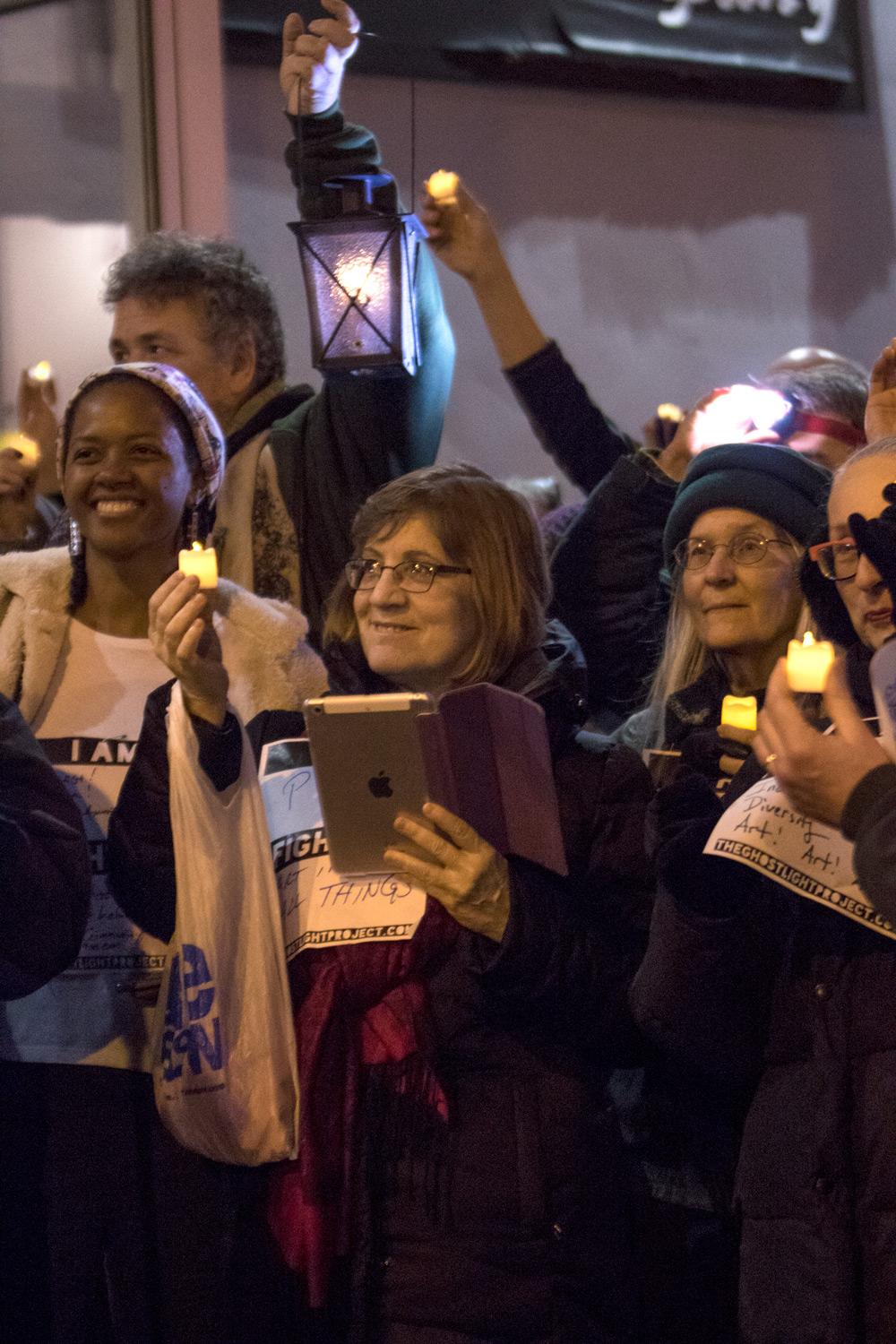 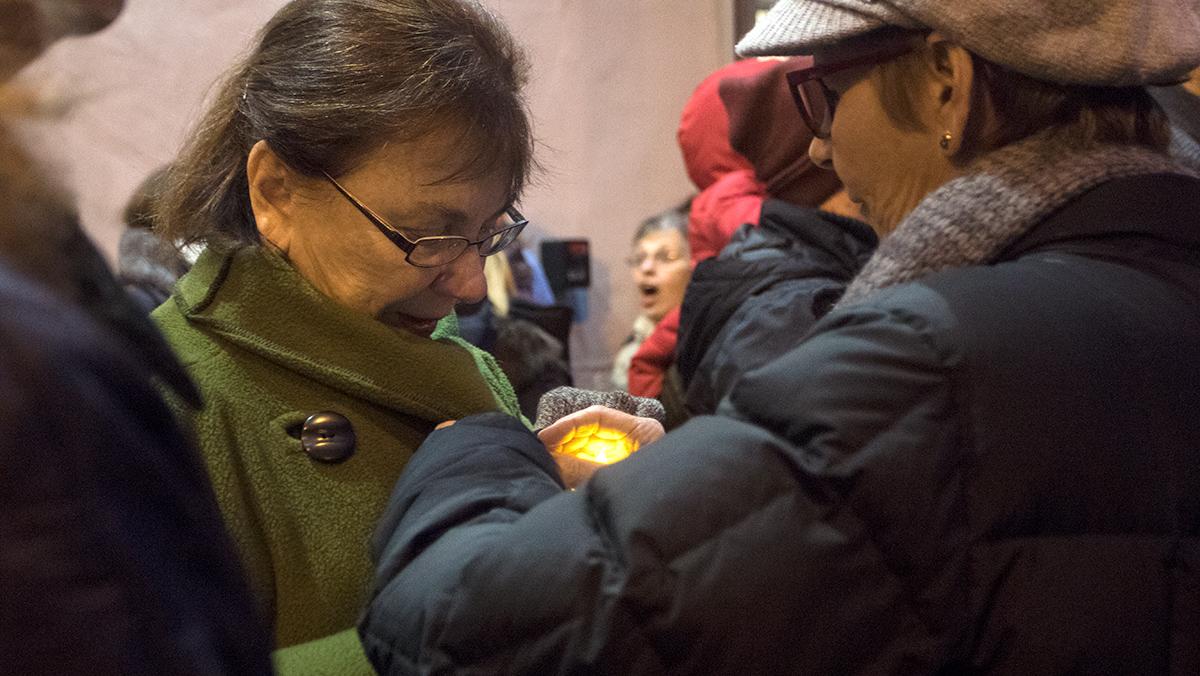 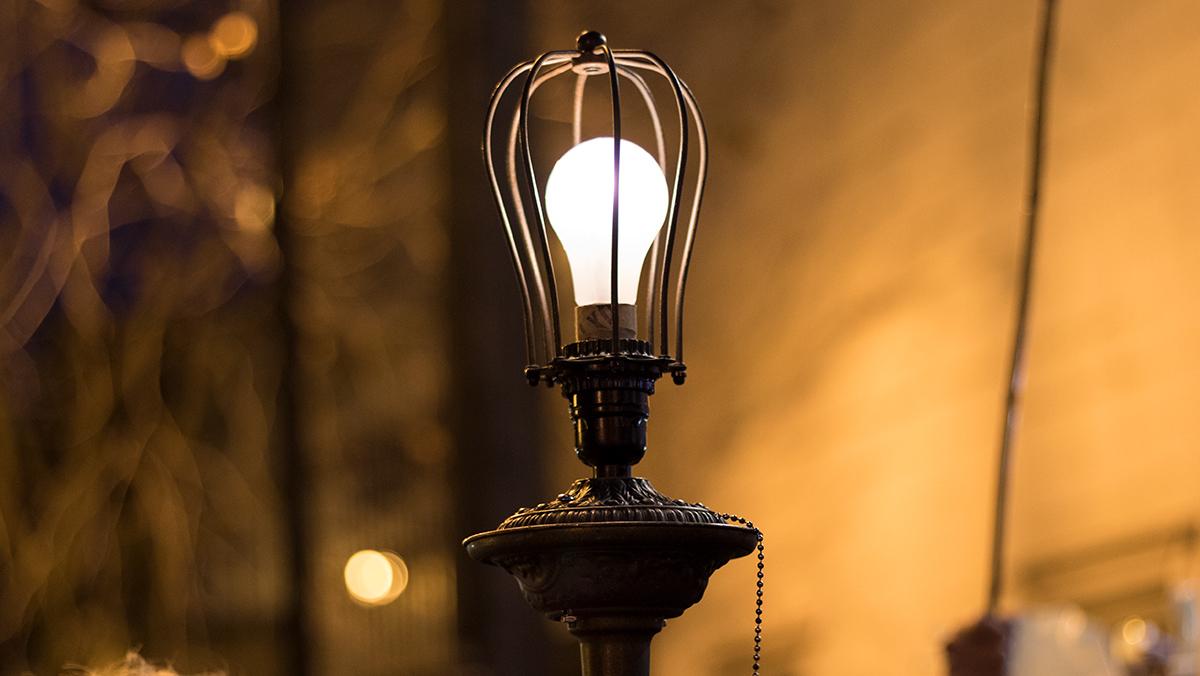 <
►
>
Members of 13 local theater groups — about 160 people — came to the march on Jan. 19, including the Kitchen Theatre Company, Hangar Theatre, Civic Ensemble, The Cherry Arts, the Ithaca Shakespeare Company and others. CONNOR LANGE/ THE ITHACAN

Judy Levitt, adjunct acting instructor at Ithaca College, said part of her reason for attending the march was the reaction she received from her students the day following the election.

“There were students in my classes who were crying,” she said. “We had a meditation, and then I said, ‘We have to honor our feelings right now. We have to own them and fight for what we believe in and take care of each other.’ I think that’s what we’re all doing here tonight during this walk.”

Event participants were asked to make or renew a pledge to protect the values of inclusion, participation and compassion for all people.

Lesley Greene, associate producing director at the Kitchen Theatre, said that because the Ithaca theater community is tight-knit and inclusive, reaching out to other theater groups about the walk was simple.

“It spread like wildfire,” Greene said. “It was all through email. There are a lot of us. We knew we wanted to be involved because we knew there were so many artists to involve. It was an obvious move to bring everybody together in one place.”

Scott Hitz, an Ithaca puppeteer who has worked on an off-Broadway version of “Avenue Q,” said it’s crucial to support local theater, especially in response to the new presidency.

Through Abe, Hitz said this is an event that people of all ages can understand and enjoy.

“There’s a lot of scary things going on right now, and there’s a lot of unsure feelings in the world,” Abe said. “It was so nice to have people together. I was walking with some kids. and I was able to make them smile, and that made me happy.”

Levitt said part of the reason she enjoys acting is because it allows her to understand other perspectives. She said banding together and expressing compassion is also the goal of The Ghostlight Project.

“I get to get inside of that character’s skin,” she said. “Our job is to create empathy for a wide variety of people. [This includes] their ambitions, their dreams, their defeats. It’s part of what we need to be human.”