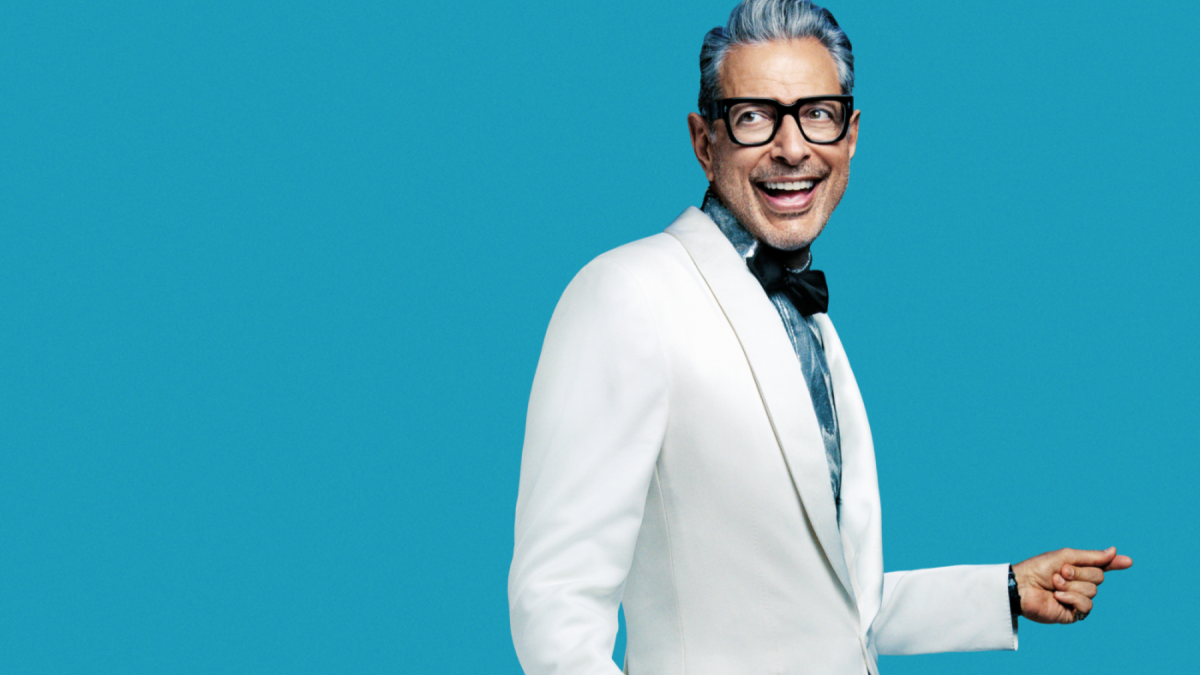 Jeff Goldblum & The Mildred Snitzer Orchestra’s fresh album, “The Capitol Studios Sessions,” introduces listeners to another side of Goldblum, apart from his Hollywood acting. This album presents Goldblum, the jazz musician.

“The Capitol Studios Sessions” is Goldblum’s debut album but far from the beginning of his musical career. He has been performing piano and singing for live audiences in Los Angeles since the ’90s, and this is only his latest exploration of the craft. Goldblum’s band comes together to play loose, improvisational shows. It decided on “The Mildred Snitzer Orchestra” in honor of Goldblum’s close family friend from Pittsburgh.

Kicking off the album is “Cantaloupe Island,” a groovy, fully instrumental track that sets the lively tone for the following tunes to carry. The recordings are from a live performance at Capitol Studios in LA, allowing each instrument to sound pure and strong. The use of horn and percussion make it stand out as a bold and upbeat song made for dancing.

The jazz album sounds sweet and classic, using the rich vocals of talented and fiery women throughout. Goldblum and Haley Reinhart perform a romantic rendition of “My Baby Just Cares For Me,” from the 1930 musical comedy “Whoopee!” They begin the track by quietly calling each other’s names in awe. Reinhart starts her soulful performance with a raw, honey-like voice. Accompanied by the orchestra, her sound may inspire recollection of artists such as Frank Sinatra and Nina Simone. However, the passion she harnesses in performing the number manages also to help make it feel completely her own. The pair closes the song with more flirtatious banter, adding authenticity and softness to the performance.

“Isn’t that right, Jeffy?” Reinhart asks, referencing the title of the song. “Oh, that’s so right,” Goldblum sings back. Reinhart begins asking, “For me? You promise? You say?” as Goldblum profusely agrees. Accepting his answer, Reinhart delicately says, “Alright, for me,” in a satisfied sing-song tone. The playful giggles and affection are staples for old-school jazz duets, and this interaction provides the same feeling of warmth.

Goldblum also demonstrates chemistry with Sarah Silverman, in the track, “Jeff Introduces Sarah Silverman” and their duet, “Me and My Shadow.” Silverman performs with a nasally-high voice, while Goldblum bounces between pitches. Their contrasting voices complement each other in this comedy love song, making the pairing seem very natural. “Me and My Shadow” has lots of dialogue throughout, as the two crack jokes and comment on Till Brönner’s quick and smooth trumpeting.

“Come On-A-My House” takes on a very sultry tone with Imelda May whispering and exploring her impressive vocal range. She lists the candy and fruits she wishes to give the listener while an audience whistles and cheers. This song stands out because it requires no witty conversation or asides. With May’s well-trained control over dynamic and rounded sound, it is simply captivating from beginning to end. May is accompanied by subtle beats of a drum with other instruments dropping in and out through the song, keeping a flawless and consistent beat. The applause at the end says all that needs to be said about this track.

“The Capitol Studio Sessions” successfully portrays the sweet, sexy, silly, romantic messages the classics conveyed when they were first released, with dates ranging from the ’20s to the mid-’80s. The band was in full force, and each vocalist avoids replicating others who have performed the songs. Each cover felt brand new and tailored to the artists’ style, rather than like a revival attempt. No track on this album should be skipped. They all weave together to create the vivacious masterpiece that is “The Capitol Studios Sessions.”