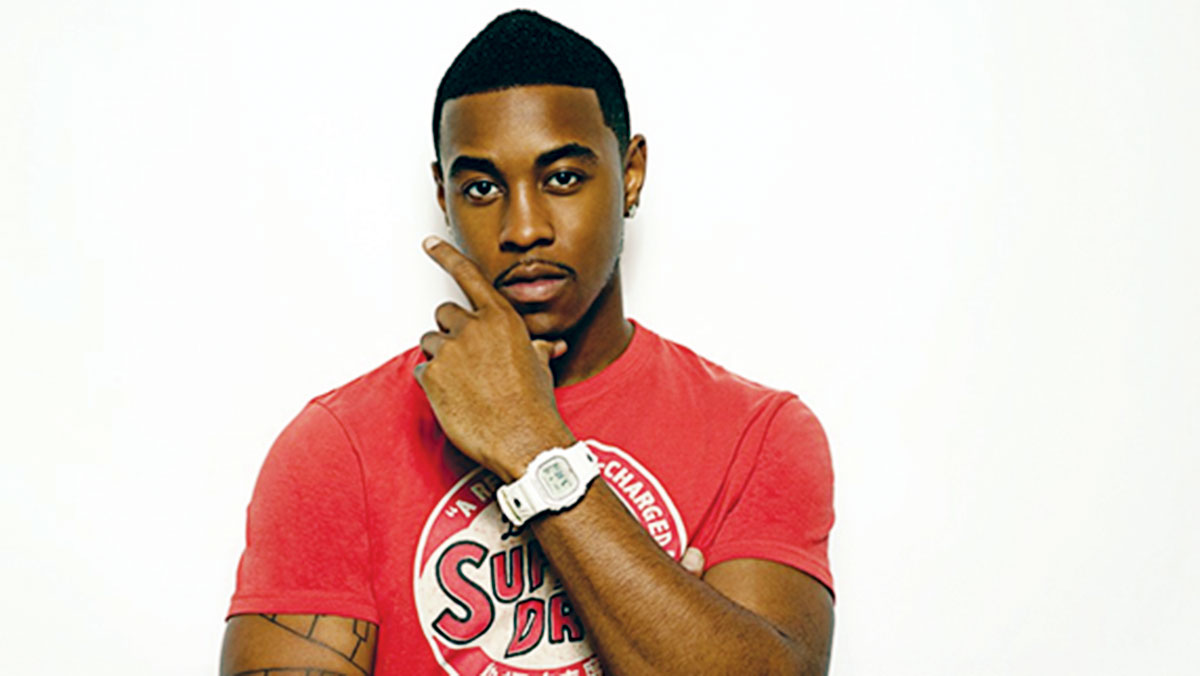 Courtesy of Def Jam Recordings
Hip-hop singer Jeremih will perform at 7 p.m. Jan 31 in the Emerson Suites. The show is the largest in some time for the college.
By Luke Harbur — Contributing Writer
Published: January 28, 2015

Rhythm and blues and hip-hop singer Jeremih, best known for songs “Don’t Tell ’Em,” “Birthday Sex” and “Down On Me,” will perform at 7 p.m. Jan. 31 Emerson Suites to a sold-out crowd of 800. Ithaca College’s Student Activities Board and Bureau of Concerts are co-sponsoring the event.

Each year, the Bureau of Concerts proposes potential acts for the coming school year to the Office of Student Engagement and Multicultural Affairs. Then the organization receives funds based on its proposals.

Senior Aaron Lipford, vice president of campus affairs, said the cost to bring Jeremih to campus is a flat fee, which the Bureau of Concerts pays for through its budget. The exact amount he was paid remains confidential because Jeremih’s contract includes nondisclosure of performance fees.

However, according to celebritytalent.net, the agency that leases Jeremih, he charges between $7,500 and $30,000. Theresa Radley, the Student Activities Board and Bureau of Concerts adviser, said there’s more to the bill. Radley said price estimates, like celebritytalent.net offered, do not include agency fees, hospitality, sound equipment, lighting, security, advertisement, time and work that goes into the concert.

Junior Natalie Reed, executive chair of the Student Activities Board, said part of her organization’s budget is going toward the Campus Center Event Service and Security. Members of the Student Activities Board will also be working the event on-site, helping with food, setting up the venue and collaborating with the Office of Public Safety and Emergency Management to figure out what security measures need to be taken.

According to the event’s Facebook page, no coats, bags or bottles will be allowed in Emerson Suites during the performance. Reed said security is going to be tight because Jeremih is so well known and the projected attendance is larger than most Bureau of Concerts productions. Last semester, XXYYXX brought at least 400 attendees, while Streetlight Manifesto brought 700, which merits higher security, Radley said.

“[Security] is definitely a difficult thing to figure out, because we haven’t had someone of this name in such a small space for a really long time,” Reed said.

On Dec. 2, 2014, TMZ.com released video footage of Jeremih and entourage drenching a Fuddruckers employee in Billings, Montana, with beer. The incident occurred Nov. 7, 2014. The case is awaiting review for charges. On Dec. 13, 2014, Rolling Stone reported Jeremih being charged for disorderly conduct at Newark airport. Lipford said he paid little attention to the incidents.

“I take tabloids and news like that with a grain of salt,” Lipford said. “I was more concerned if we’ll still have a show. That wouldn’t come from my end. That would come from the agency’s end.”

Radley agrees with Lipford. She said she spoke with Jeremih’s booking agency and two previous Ithaca College students who saw him perform on another college campus to get an idea of what he’s like in a collegiate environment. In addition to these measures, Jeremih’s associates, as well as a high amount of security, will be present throughout the show.

“His agency will be here the day of show,” Radley said. “The students are prepared, and we’ve done everything we can. I think we don’t have to worry about him acting out. I think those were some things that just happen.”

To choose Jeremih, the Bureau of Concerts created an online poll for students to vote who they would want to come to campus. This list included 10 artists, among them rapper Kid Ink and electronic artist Cashmere Cat. Results for the polls remain anonymous, since the process for getting an artist to come to campus involves monetary and legal constraints.

Radley said this concert is huge for the college’s student body. Sophomore Dill Randolph recently bought Jeremih’s music. He is most excited for what the vibe will be like in Emerson Suites.

“I am most anticipating all the people’s energy in the room,” Randolph said. “I also am looking forward to the energy of the entertainer. I love taking it all in.”

Radley said she knows the enthusiasm of students combined with the results of ticket sales and the efforts of the Bureau of Concerts will ensure the concert satisfies the student body.

“We’ve done everything we need to do to make this show a success,” Radley said. “Now we just need to let it happen, and at the end of the day, when he’s getting in his car and he’s going back to wherever he’s going, I can take a deep breath and say, ‘We had a great show. That was a success, and the students are happy.’”