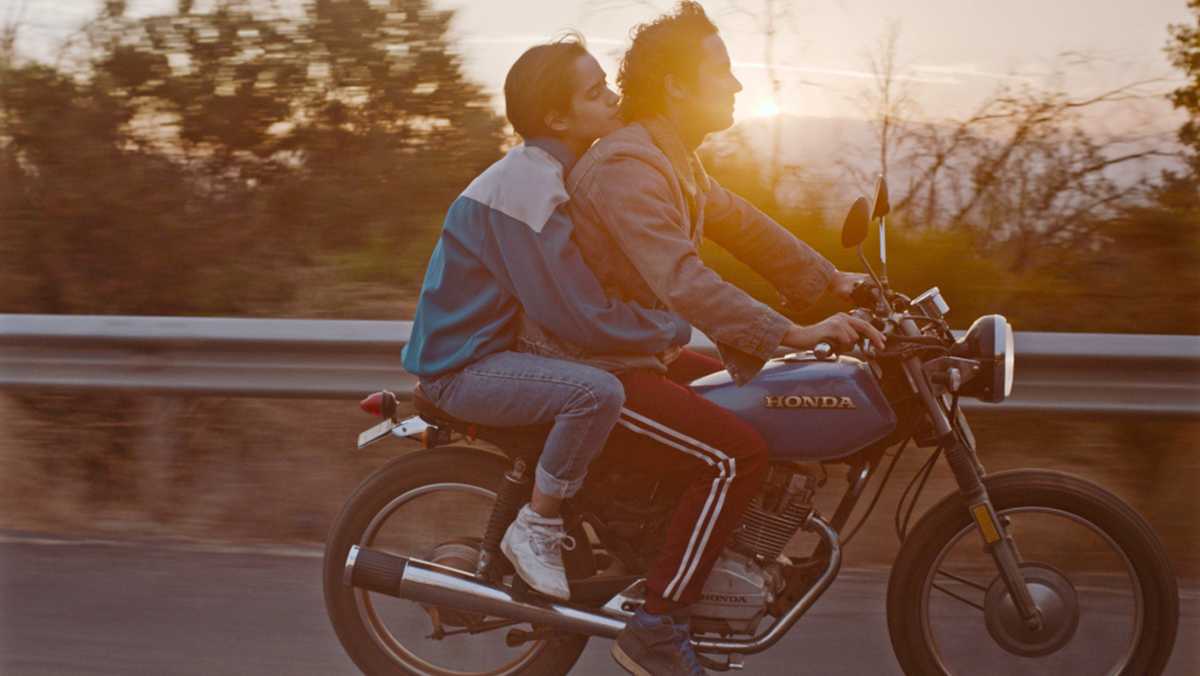 Courtesy of Variety
The 2018 film “Too Late to Die Young” was screened as a part of Cine con Cultura Latin Film Festival on Sept. 21 and 22 at Cornell Cinema. The festival celebrates Latino filmmakers and their contributions to the industry.
By Emily Lussier — Proofreader
Published: October 1, 2019

A group of moviegoers gathered Sept. 21 at Cornell Cinema to enjoy the film “Too Late to Die Young,” but this showing was unlike most others in Ithaca — it was in Spanish. It brought viewers into the changing lives of two teenagers and one child living in an artists’ commune in Chile during the summer of 1990. Following the film, Cecelia Lawless, senior lecturer in the Department of Romance Studies at Cornell University, facilitated a discussion with the audience about the themes of the film.

This showing of “Too Late to Die Young” was part of Cine con Cultura, a Latin American film festival in Ithaca featuring 12 films and documentaries produced in Latin America and the U.S. in celebration of National Hispanic Heritage Month. The sixth annual festival is sponsored by ¡Cultura! Ithaca, Ithaca College, Cornell University and other community organizations. The films shown every year are handpicked by a selection committee, said Enrique González-Conty, assistant professor in the Department of Modern Languages and Literature. The film screenings take place Sept. 16 until Oct. 13 at Cinemapolis, Cornell Cinema, Ithaca College and the Greater Ithaca Activities Center.

He said a group of professors at Cornell University started the festival along with ¡Cultura! Ithaca director Krystall Escobedo, who runs the organization within the Latino Civic Association. The festival was started to pay tribute to Latin American communities as well as the Latino communities in Ithaca.

González-Conty said that last fall he was on leave in Brazil, so he was not in Ithaca to run the festival. He said that his student volunteers took charge while he communicated with them online. González-Conty said one of his main goals for Cine con Cultura is for the students to take over the festival. He also said he would like to establish a course at the college around running this festival every year.

“If students do a lot of work, they should get credit for it not only being recognized but also credit because it’s also a learning experience, and it’s totally related to the Spanish classes that we teach here, so it would make total sense,” González-Conty said.

He said another long-term goal for the festival is to try to get sponsorship from the different consulates so that every film screening could be free. He said at least one showing is free every year, and, this year, three screenings are free. Tickets are $8.50 per screening or $50 for a season pass including all 12 films. For students and seniors, tickets are $6 per film and $40 for a season pass. However, different ticket prices apply for all at Cornell Cinema.

One of the free screenings this year is “Nadie,” a documentary about the Cuban Revolution through the personal experiences of writer Rafael Alcides. This screening will be followed by an in-person question-and-answer session with director Miguel Coyula. “Nadie” will be screened at 7 p.m. Oct. 3 at GIAC.

Coyula said via email that he decided to come to Ithaca because he was invited by the festival organizers and because he thinks sharing the film with a different audience is always a great opportunity.

“I try to design my films in a way that there are enough contradictions so that the audience can build their own ideas,” Coyula said via email.

Rivero said she thinks the festival is important for the Ithaca community because the films represent the many diverse experiences within the Latin American diaspora.

“Film and art is something that can be universal and is a way to connect a lot of people to other members of the community and to also just appreciate really incredible works of art that are particular to Latin America,” she said. “And that can only happen because they are from Latin America and from our experiences and our art and culture.”

Rivero said there is more of a focus on migration in some of the films this year. She said this shift in theme is a choice of the organizers to highlight a discussion that is needed in the Latino community.

“I think it is a chance, in our current political climate, to maybe ask these questions and think about why it is so important to showcase these films and these experiences,” Rivero said.