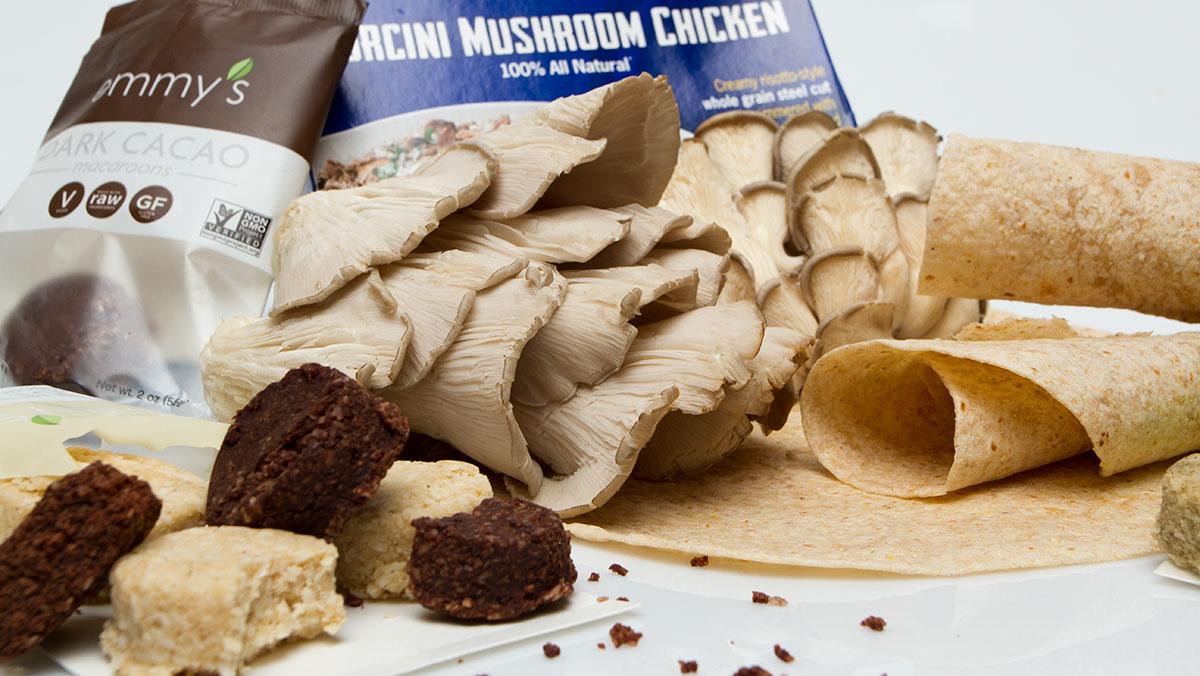 Within Ithaca’s many grocery stores and food outlets, there lies a plethora of food produced in Ithaca to choose from. However, some of these incredible edibles have made their way past city limits, branching out into other towns, cities and states. Here are a few of Ithaca’s best-known culinary offerings. 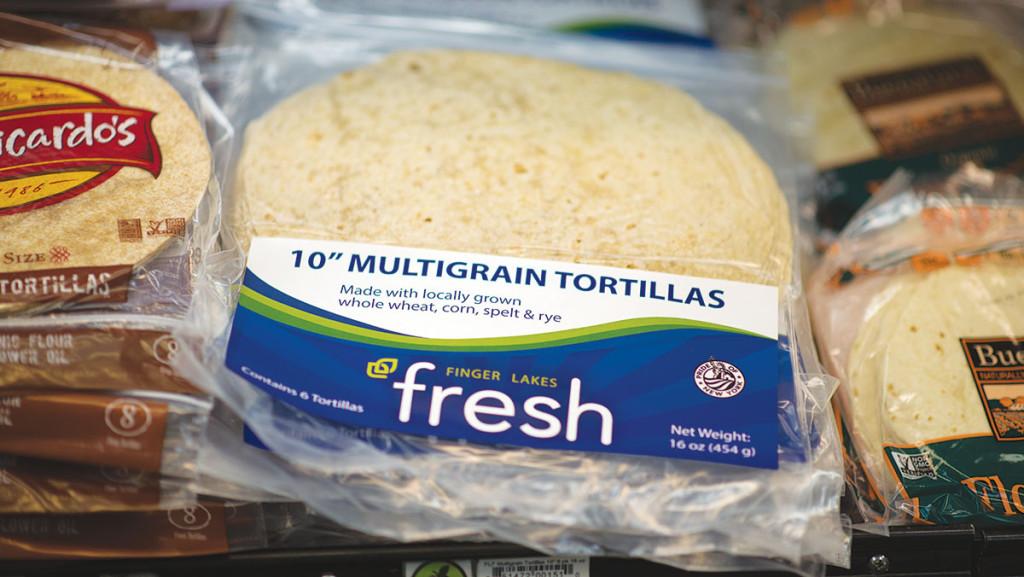 After starting with a hydroponics greenhouse in 2005, Finger Lakes Fresh has expanded to working with local producers to process its products for larger markets through their Food Hub processing facility. Derek Murphy, operations manager, said their line of multigrain tortillas was developed with the help of Stefan Senders of Wide Awake Bakery in nearby Trumansburg, in response to market demand.

“We did tortillas because we saw a gap in the market,” Murphy said. “We had gotten a lot of demand in our initial market research for that product, and it was a perfect example of what we wanted to do at the Food Hub in terms of creating new markets for local produce and local products.”

The tortillas are part of Finger Lakes Fresh’s greater mission to turn New York into an agricultural hub by connecting local farms with distributors and consumers. This would provide more processing power to the farms and bring in more revenue as well as provide consumers with the local products they want, Murphy said.

Murphy said the 2015 plan is a line of apple chips made with New York–grown apples that can serve as a crunchy yet healthy snack alternative to potato chips. 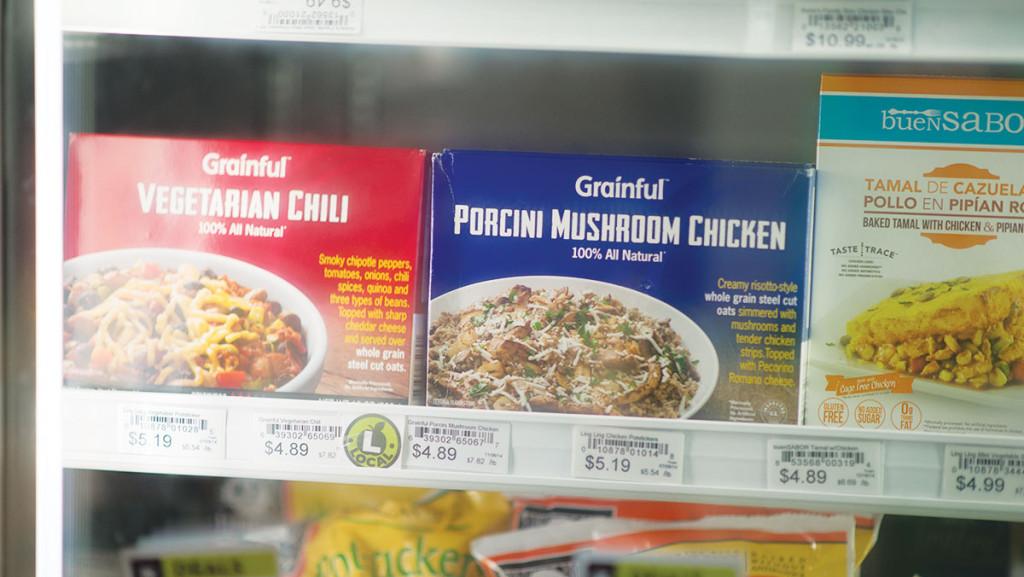 Housed in the South Hill Business Park, Grainful utilizes steel-cut oats for a variety of frozen dinner options to “take oats beyond breakfast.” Brand Manager Katie Long ’14 said steel-cut oats are minimally processed and provide more nutrients compared to the rolled oats associated with oatmeal, and their texture is more comparable to that of rice or risotto.

“That’s where our idea came from,” Long said. “Our chef was making jambalaya at home one night and didn’t have any rice or any other sort of grain aside from steel-cut oats, so she used that, and it was perfect.”

Their current line of four prepared entree options, which launched during the summer of 2013, received positive feedback from the Ithaca community. Long said being in Ithaca gave the company a head start because the community wants to support local companies and food products. The line has since expanded to the rest of New York State and New England, though its production still takes place in its Ithaca-based test kitchen. Long said these local beginnings have aided Grainful’s growth.

“I think it was definitely a bit easier to have our products start around the area because we are very well known and there was that local support,” Long said. “We’re still unique. We still are the only ones out there with this idea, so people are really interested, and they like that we started local, and we’re trying to expand a little bit and we still stand by our values of using clean ingredients and all that.” 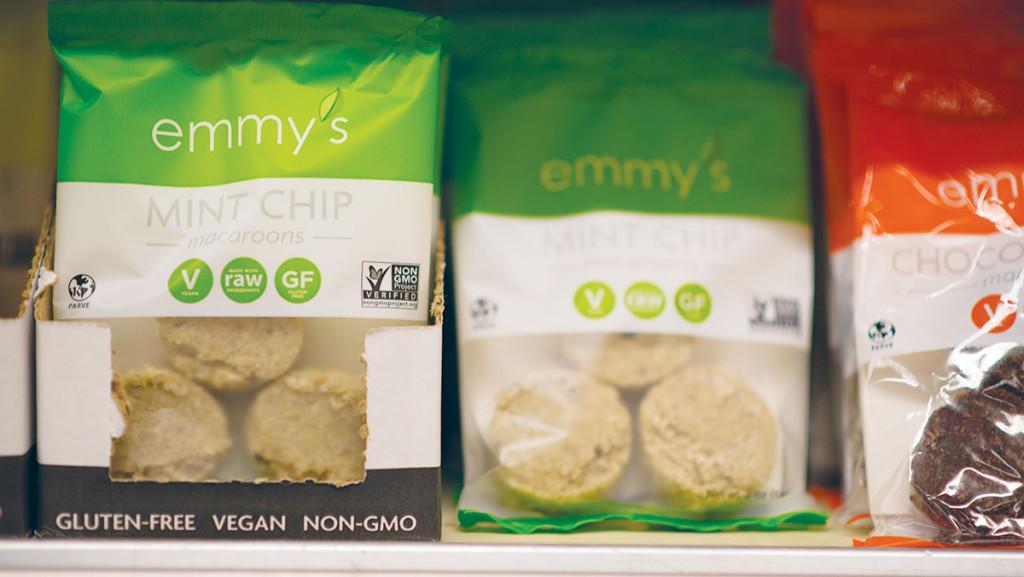 Now sold across the continental United States, Emmy’s Organics began at the Ithaca Farmers Market with chocolate and vanilla macaroons. Co-founder and Ithaca native Ian Gaffney said he and fellow co-founder Samantha Abrams began making the cookies here from a recipe he developed at Organic Avenue in New York City with no real plan beyond wanting to make healthy, allergen-free snacks.

As a local, Gaffney had many connections with other local food start-ups and said Ithaca’s proximity to several colleges and New York City, in addition to the support, made it the perfect location.

“We didn’t talk about it much when we first started it, like ‘Yeah, it’d be great to start in Ithaca,’” Gaffney said. “I think more or less it kind of just happened that way, and over the years we’ve realized the benefits to being here.” 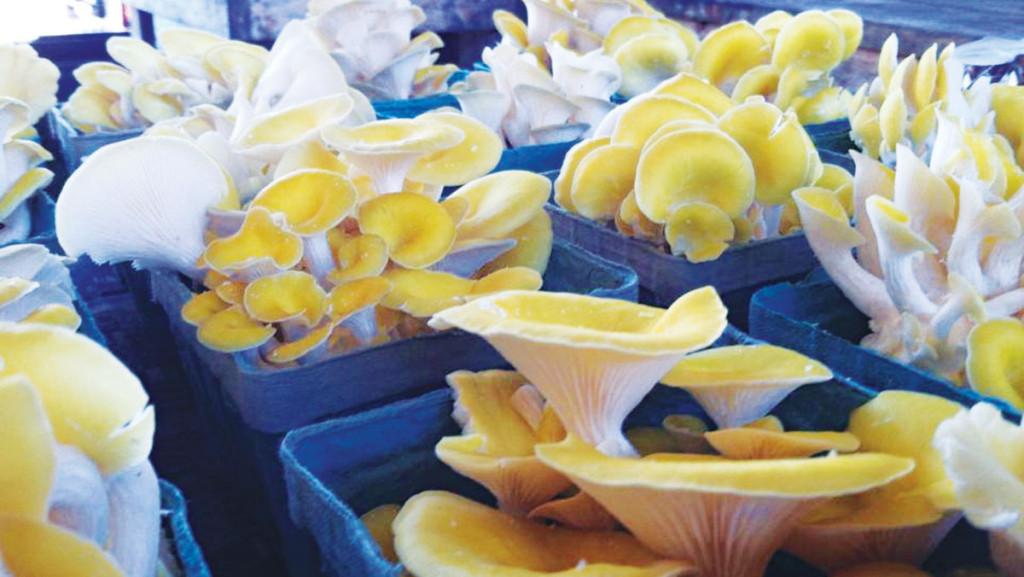 Oyster Mushrooms are just one of the many products Blue Oyster Cultivation offers. COURTESY OF BLUE OYSTER CULTIVATION

“We would inoculate different kinds of substrates using the mushrooms to learn about the nature of science,” Rizzo said. “The mushrooms grew really fast, and it was reasonably easy, so it was a good way to teach how science was done to the students. It just kind of occurred to me that we should be growing more of these.”

Blue Oyster Cultivation uses indoor grow rooms with controlled environmental conditions to cultivate their mushrooms, but the desire to serve more markets requires more space, which led to the farm’s Kiva Zip loan. Rizzo said the money from the loan will go toward rebuilding and adding more grow rooms and refining their technology to increase their yield.

Because of the expansion, the farm is not participating in the winter market at The Space at GreenStar this year, but Rizzo’s wife, Wendy, is working on a line of medicinally blended teas and extracts, and mushroom production will begin again in the spring.