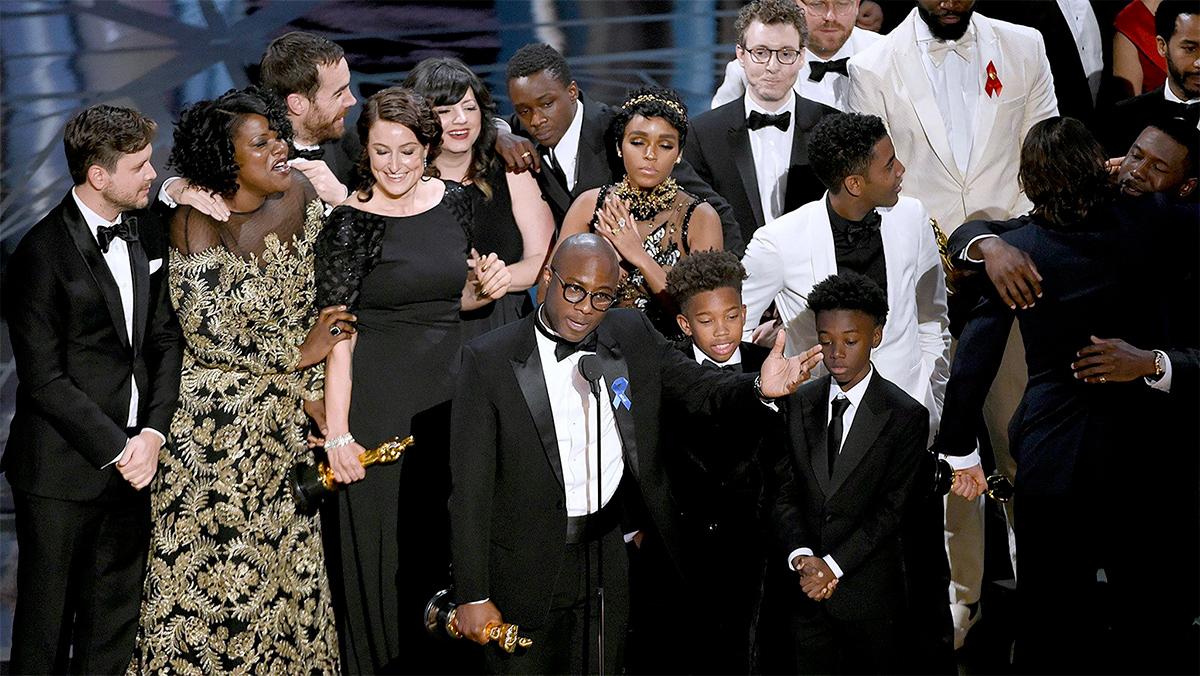 Variety
"Moonlight" cast and crew give acceptance speeches after winning Best Picture at the Oscars on Feb. 26.
By Kayla Dwyer — Editor In Chief
Published: February 27, 2017

Former Ithaca College sophomore Jharrel Jerome took to the Oscars stage the evening of Feb. 26 with the cast of “Moonlight,” which won Best Picture at the 89th Academy Awards.

In a confusing mishap, “La La Land” was at first named the winner — an error caught onstage after its producers had begun their acceptance speeches.

After the “La La Land” cast and crew got on stage, producer Jordan Horowitz came forward to inform the audience that “Moonlight” had indeed won, presenting the envelope as evidence.

After the “Moonlight” team jumped for joy, Jerome was seen hugging his co-star, Alex Hibbert, on stage.

“Very clearly, even in my dreams, this could not be true,” “Moonlight” director Barry Jenkins said once he reached the microphone. “But to hell with dreams, I’m done with it, because this is true.”

“Moonlight” was one of nine films nominated for Best Picture, including “Hidden Figures,” “Hell or High Water,” “Fences,” “Arrival,” “La La Land,” “Lion,” “Hacksaw Ridge” and “Manchester by the Sea.” The film also won the Oscar for best adapted screenplay.

Mahershala Ali took home the Oscar for best supporting actor for his role as a drug dealing– father figure to the main character in the film.


Jerome left the college during Fall 2015 to work on the film. In “Moonlight,” Jerome plays 16-year-old Kevin, a friend of the protagonist, who is an African-American man who discovers his sexuality as he grows up. The film is based on the play “In Moonlight Black Boys Look Blue” by Tarell Alvin McCraney.