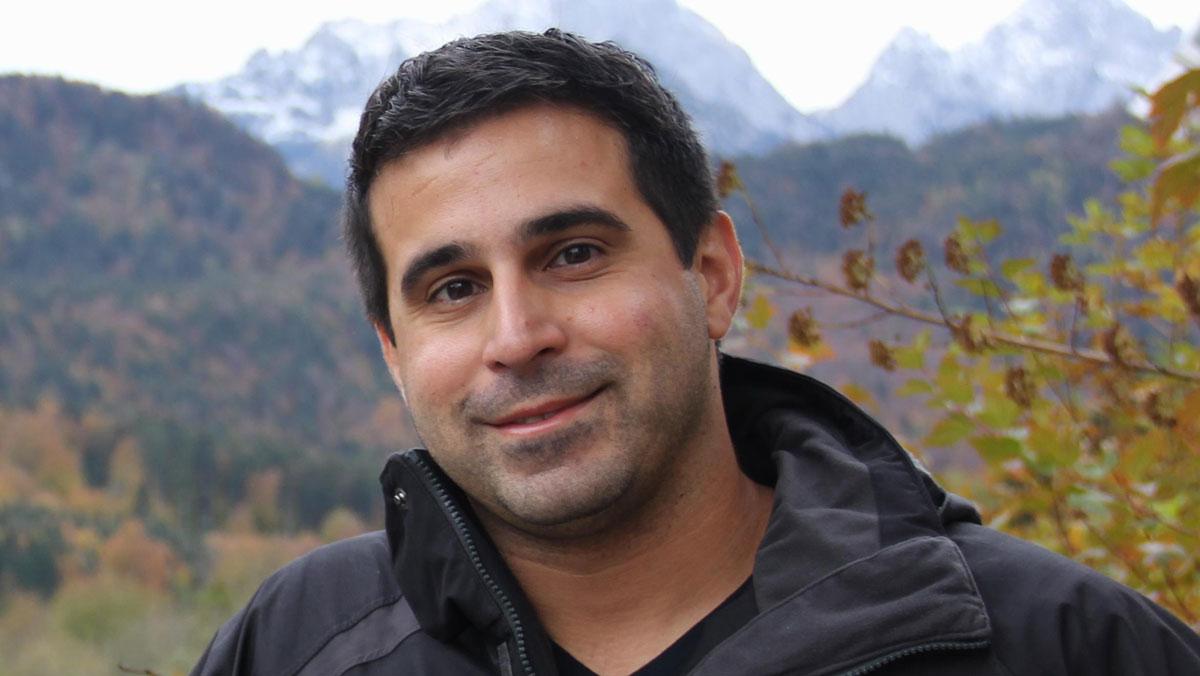 Courtesy of Raul Palma
Raul Palma is a diversity fellow at Ithaca College, where he teaches Fiction Writing 1: Short Story. He is pursuing a Ph.D. in creative writing at University of Nebraska–Lincoln.
By Liza Gillespie — Contributing Writer
Published: November 15, 2017

This fall, Ithaca College’s School of Humanities and Sciences has welcomed prolific author, essayist and poet Raul Palma as a new diversity fellow to its writing department.

Palma is teaching “Fiction Writing 1: Short Story” this semester and will teach “Intro to Creative Writing” in Spring 2018.

“I’ve never been able to teach just one course — I’m really thinking about my teaching on a daily basis, in ways that I hadn’t been able to do in the past,” Palma said.

Originally from Miami, Florida, Palma began his higher education at Florida International University. Although FIU did not offer a degree in fiction writing, Palma consistently took creative writing courses and eventually transferred to Columbia College Chicago, where he majored in fiction.

Upon graduating in 2006, Palma spent time working in corporate sales in Florida, where he sold commodities such as yellow-page ads and hydraulic equipment. It was around this time that Palma made the decision return to Chicago, this time at Depaul University, and obtain his masters in writing and publishing.

“I would get home, continue writing, continue reading and staying in touch with the literary community,” Palma said. “I started thinking, I definitely want to go back to school. I would love to be at a university surrounded by like-minded people interested in writing and talking about it seriously.”

Palma graduated from Depaul with distinction and with a certificate in teaching. He is a fifth–year Ph.D. candidate in creative writing at the University of Nebraska-Lincoln.

“I ended up going for the Ph.D. really to be a scholar, an expert in my field, to do this incredible research and to write,” Palma said.

Palma said having the time and opportunity to write is one of the great aspects of the fellowship here at the college.

The diversity fellowship was established to bring in diverse viewpoints to the college community and also offer doctoral students the opportunity to teach while finishing their dissertations.

“I’d already been teaching a diverse set of texts, but now I feel a responsibility to embody that in the way I approach the class,” Palma said.

Palma is Cuban-American and often incorporates his heritage into his fictional works. His upcoming novel “Manteca,” which also functions as his dissertation, follows a Cuban-American family’s experience in 1980s Miami at the end of the city’s drug wars and race riots and the cusp of the HIV and AIDS epidemics.

“Whenever I’m writing about Miami, it just comes up naturally,” Palma said. “It’s not my go-to, necessarily, but I tend to be fascinated by it.”

Palma adapted a portion of “Manteca” into a short story called “Eminent Domain.” The story was listed as notable in the book “Best American Short Stories 2016,” an annual collection of short stories. The 2016 issue was compiled by Junot Díaz.

In addition to giving the fellows time to work on their dissertations, the fellowship also encourages its participants to engage with the community as much as possible.

Jack Wang, associate professor and chair of the writing department, said the scholarship is designed to bring in someone who will make an impact on campus and in the community.

“Raul has fit in really well since he arrived,” Wang said. “He’s been … the life of the department.”

Since his arrival, Palma has attended readings, participated in the departmental events and workshops, and also traveled with a group of students from a writing class on a weekend excursion to visit publishing groups in New York City.

Writing professor Katharyn Howd Machan, whose office is right across the hall from Palma’s, said she really appreciates the personality he brings to the department.

“I love having him here in Smiddy,” Machan said. “He has such an intelligent sense of humor, and a wonderful graciousness about him. I wish he were here more often.”

Sophomore Lindsay Bilgram, who is in Palma’s Fiction Writing 1 course, said she enjoys the creative freedom Palma gives with his assignments.

“He helps me fit them towards my writing style, instead of forcing me to something that’s not necessarily what I want to do,” Bilgram said.

Prior to his arrival at the college, Palma also taught writing courses for four years while in Nebraska.

“The students are great at both schools — but at Ithaca College, I was pretty amazed right away, the students were ready, engaged and having really advanced, strong conversations,” Palma said. “Whether they’re in the writing major or just taking the course, they’re really serious about what they’re doing.”

Palma hopes to get to know the literary community and trade ideas with students and faculty.

“My main ambition is to continue contributing to this field, as a writer, as a thinker, and to be in a position to help mentor students through their careers,” Palma said.

Palma is in Ithaca with his wife and daughter until his fellowship ends in 2018, after which, he said, he aspires to teach creative writing and ethnic studies full time at an institution that respects his time as a writer and empowers him with resources to help others.