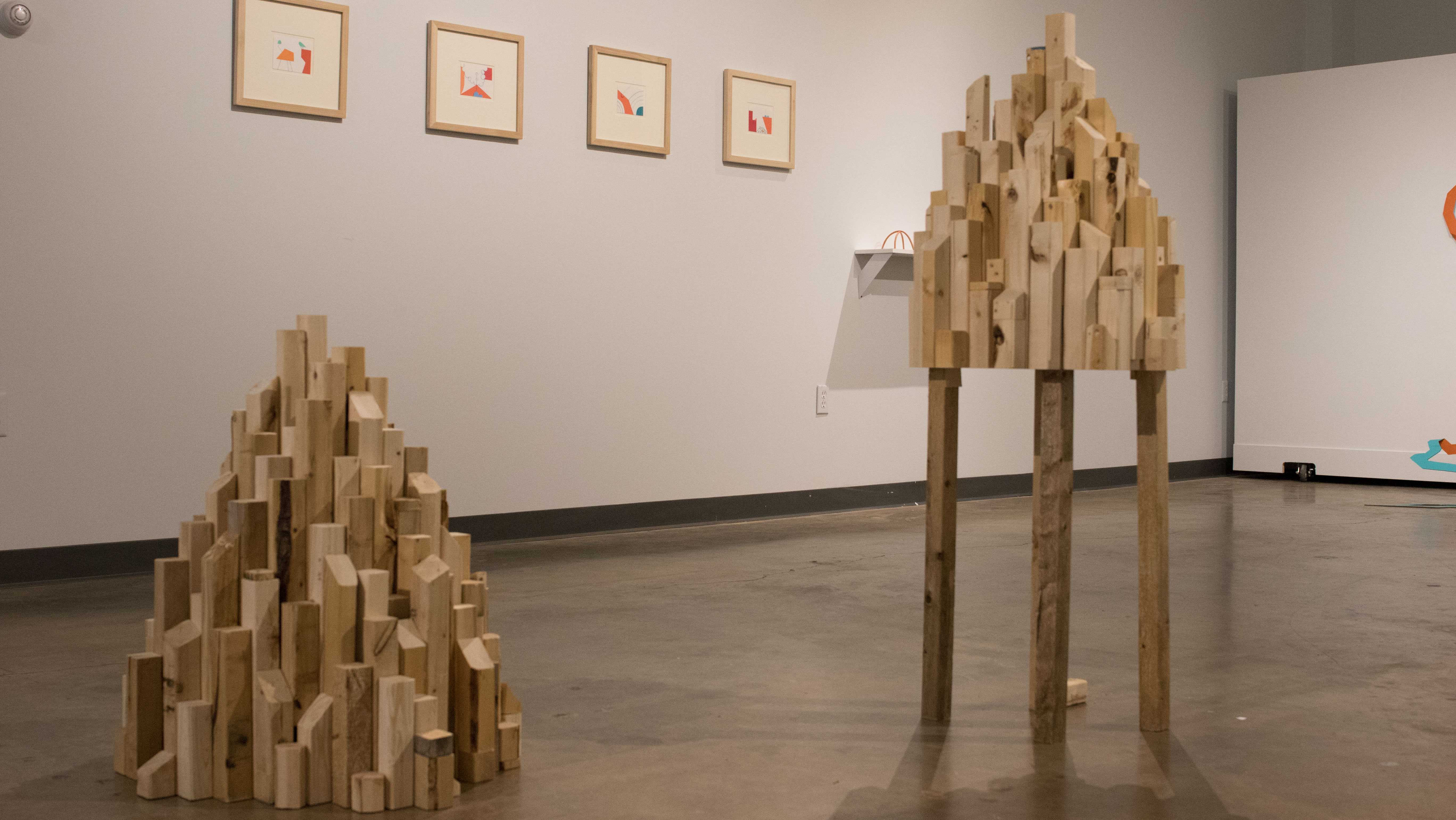 Stephanie Aanonsen/The Ithacan
"The Space Between" exhibit comments on the contrast between environments.
By Tyla Pink — Contributing Writer
Published: November 11, 2015

Sculptor and mixed-media artist, Naomi J. Falk, recently opened her solo exhibit, “The Space Between,” at the Creative Space Gallery on The Commons. Falk is a visiting artist who received her MFA in studio art from Carnegie Mellon University in 2003, and is currently a visiting assistant professor at St. Lawrence University.

“I’ve always been building, constructing, tinkering with things since I was a little kid, but I didn’t take an art class until I was in college,” Falk said. “I grew up in a family of builders, my dad was a carpenter, and I was always around construction sites and woodshops.”

She will be using the gallery to show several sculptures and collages she’s made within the past year. There are sculptures made out of stacked wood and paper, and framed collages made out of cardstock, colored paper and thread line the walls.

The exhibit comments on the contrast between natural environments and manufactured environments. The show also conveys a message about sense of place and how home is defined for the viewer.

Falk began working on her collages around November 2014 and completed most of them around July and August. All of the sculptures in the show were made within the last month, one of which was completed right before the opening of the show.

Falk started working on her collages after wanting to start working with color. Since she was unable to make large–scale works in the studio, she said she started to use materials such as colored paper, cardstock and thread in order to synthesize them. All of the work in this exhibit comes from having accessible materials and using them to convey a framework of ideas.

“There’s a sense of melancholy and silliness in my work, there’s something playful and anthropomorphic going on there,” Falk said. “It’s funny how a mount of material can turn into a person or figure.”

Falk draws inspiration from the experiences she’s had while living in several places and from the way we navigate social interactions and personal relationships.

“The Space Between” will be featured until Nov. 29 in the Creative Space Gallery on The Commons.