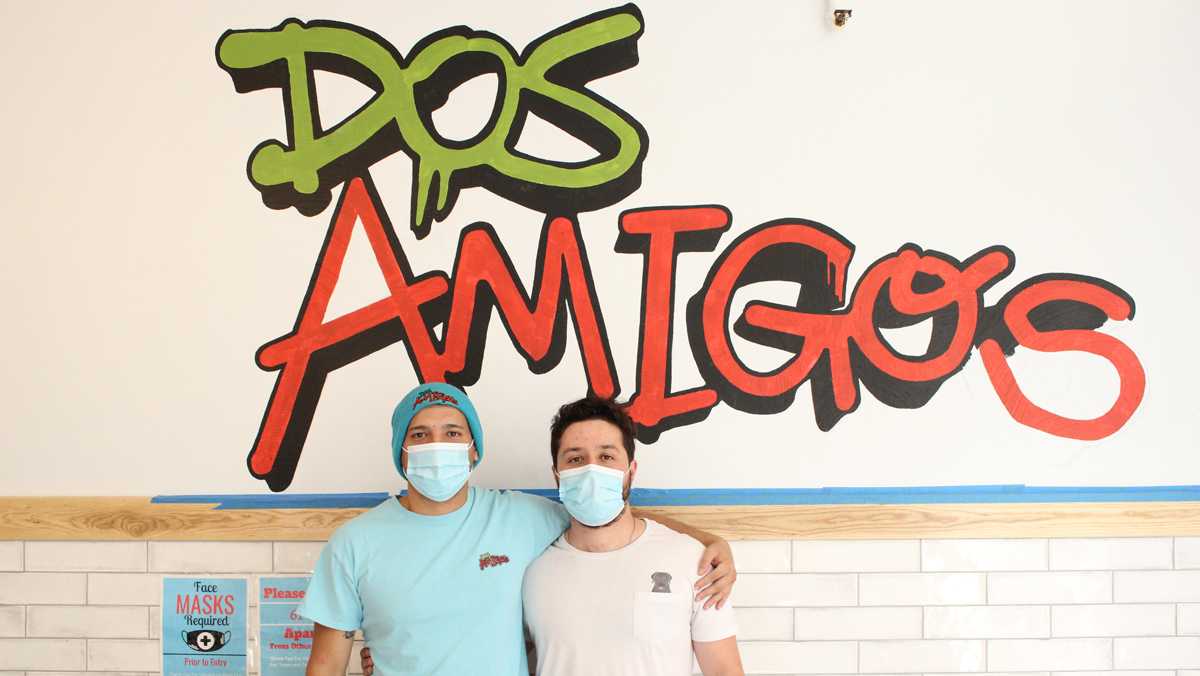 Unlike many of his peers at Ithaca College this semester, junior Ryan Ingerson does not make the commute from his bed to his desk every morning for online classes. Instead, he opted to take a leave of absence and spend his days in downtown Ithaca as a barista at Ooy’s Cafe and Deli, a new restaurant that opened in Ithaca in July.

“I tell my friends I study coffee,” Ingerson said.

Ingerson, a business administration major with a concentration in international business, said that he wants to work with coffee farms in the Central and South Americas as a nonprofit consultant. He said that, for now, he is trying to experience the cafe part of the coffee world.

Owners Bonner and Ooy Herren opened Ooy’s this summer in the old Collegetown Bagels storefront at 201 N. Aurora St. Ingerson has been working there since it opened, assisting Bonner in managing the cafe.

“I was won over by his goals and aspirations for this place, and I loved the fact that I could play a role in creating something new,” Ingerson said.

In addition to Ooy’s, two other restaurants have opened in Ithaca since the beginning of the COVID-19 pandemic — Kimchi, which is on The Commons, and the Dos Amigos storefront in Collegetown. There is also a new pop-up restaurant, 2 Stay 2 Go, in Collegetown.

Herren said that he and Ooy decided they wanted to open the deli in January when the space became available. He said that he thinks it is the best location in Ithaca. They committed to the lease a week before the pandemic hit, he said.

Herren said the original concept, even prior to the pandemic, was grab-and-go meals. The cafe side of the business is fully functioning, and the deli is also open on the other side, serving some hot sandwiches, Herren said. He said the full kitchen is still being remodeled.

“People are trying to get back to normal, and this is actually giving them a bit of normality,” Herren said.

Kimchi, a new Korean barbecue restaurant, opened in July at 124 E. State St. It is owned and operated by Yoon Jack Ho and his family, who also own Sopoong, a Korean restaurant in Collegetown. Ho said his new restaurant features the only authentic New York–style Korean barbecue cuisine in Ithaca.

Ho was also supposed to open Kimchi right before the pandemic hit. He said that he signed the lease Feb. 28 and had to wait almost five months before he could open. Ho said business has been very slow because of the pandemic.

“When coronavirus is finished, and everybody is outside, it is busy, I know,” he said. “I’m waiting now.”

Nikkole Mora ’20 started working with Ho at Sopoong last spring for a project in a graphic design course. She said Ho liked her work and asked her to design the logo and menu for Kimchi. Mora started working at Kimchi in August and plans to stay through October. She said she is helping out while Ho tries to find permanent employees at the restaurant. As a lover of Korean culture and food, Mora said she enjoys Kimchi.

“I do think that Kimchi has a more authentic taste and feel to it, as well as they do offer more of the culture with the food than some other restaurants,” she said.

Both Ooy’s and Kimchi are part of the Downtown Ithaca Alliance (DIA) business improvement district (BID). Kristina Thelen, retail support coordinator at DIA, said the DIA helps to promote and support businesses. She said that in many ways, the pandemic has made communication between the DIA and merchants better because there is now more communication as well as many ways for them to provide virtual support.

Restaurants in the U.S. have lost $120 billion in revenue from March through May, according to the National Restaurant Association. As of June, the association was projecting a loss of $240 billion in the industry by the year’s end. After a drastic decline in sales because of lockdowns in March and April, total restaurant sales began to increase again in May. Total sales in September were $55.6 billion, up 2.1% from August, but still 15% below pre-COVID-19 levels of January and February.

Over on East Hill, Dos Amigos opened its first brick and mortar on June 18 at 403 College Ave. Dos Amigos was first opened by co-founders Jorge Bouras and David Farahi as a food truck in 2015 while they were both students at Cornell University. Bouras is the current owner.

Bouras, who graduated Cornell in 2017, said that they were able to continue operating the food truck during the pandemic at 536 Thurston Ave., by Cornell’s North Campus. He said that this kept the business alive and the team together. Bouras said he was interested in the brick–and–mortar format because it is more comfortable for employees.

“Ultimately, if our mission was making life a little better for the team, if you’ve ever worked a food truck in the middle of January, that’s not a super pleasant thing to do,” Bouras said. “It’s really f—— cold.”

Because the Dos Amigos team is small, employees are able to maintain more distance in the restaurant. He also said Dos Amigos is requiring masks for all and only has two tables open for customers.

Bouras said that Dos Amigos is profitable and that he is optimistic about the business. He said sales went up approximately 60–70% when Cornell students moved back.

“All in all, I think we’re kind of blown away by how positive the reception has been since we opened, so we’re really excited,” he said.

Bouras said he has many ideas for the expansion of Dos Amigos, including another Ithaca location downtown, as well as moving the food truck to Ithaca College’s campus.

There is also a new pop-up restaurant in Collegetown, 2 Stay 2 Go, which is operated by nine hotel administration students from Cornell, independently from their studies. The restaurant opened Oct. 9 and intended to be open until Nov. 9, said Daniel Jones, co-founder and Cornell junior.

On Oct. 17, after two weeks of operation, the restaurant announced in an Instagram post that a team member “tested positive for trace amounts of COVID-19.” After receiving this information Oct. 16, 2 Stay 2 Go immediately shut down operations, according to the post. 2 Stay 2 Go will be closed until Oct. 30, and all other employees have been tested, the statement says.

“Per the [Tompkins County Health Department], guests who just picked up their order should not be of risk of transmission,” the post stated.

The concept of 2 Stay 2 Go is that each week, the two most popular menu items stay, and the two least popular ones get replaced with two new items. Jones said that after the restaurant’s opening weekend, it had sold out every single day. He said quality over volume is the most important thing.

“That is the reason that people come back to 2 Stay 2 Go, … having great, fantastic food that is replicated,” Jones said.

Jones said he was inspired to open a pop-up by his grandfather’s dream to open a restaurant. He also said he saw the pandemic as a chance to get restaurant space to make this happen.

Jones said he went to his co-founder and co-executive chef, Cornell junior Noah Horns, five weeks before he wanted to open and got him on board. He said they did not know if they would be able to open until the day of because they were moved into the kitchen only two days prior.

“We never went into it with the intention of like, ‘OK, this is going to work,’” Jones said. “It’s like, ‘OK, I’m going to create this plan as if I was opening a restaurant on Oct. 9. Let’s hope that we can do this and let’s knock out any step that we would need to complete.’”

Jones said he hopes to bring the pop-up back in future semesters.

Thelen said that though it almost seems impossible for businesses to be opening during the pandemic, there have been several owners following through with their plans.

“We have a very tenacious entrepreneur mindset here in our community, and entrepreneurs have definitely gone through with their plans that they have been planning to open small businesses even during this time, and we’ve been very happy to welcome them,” Thelen said.