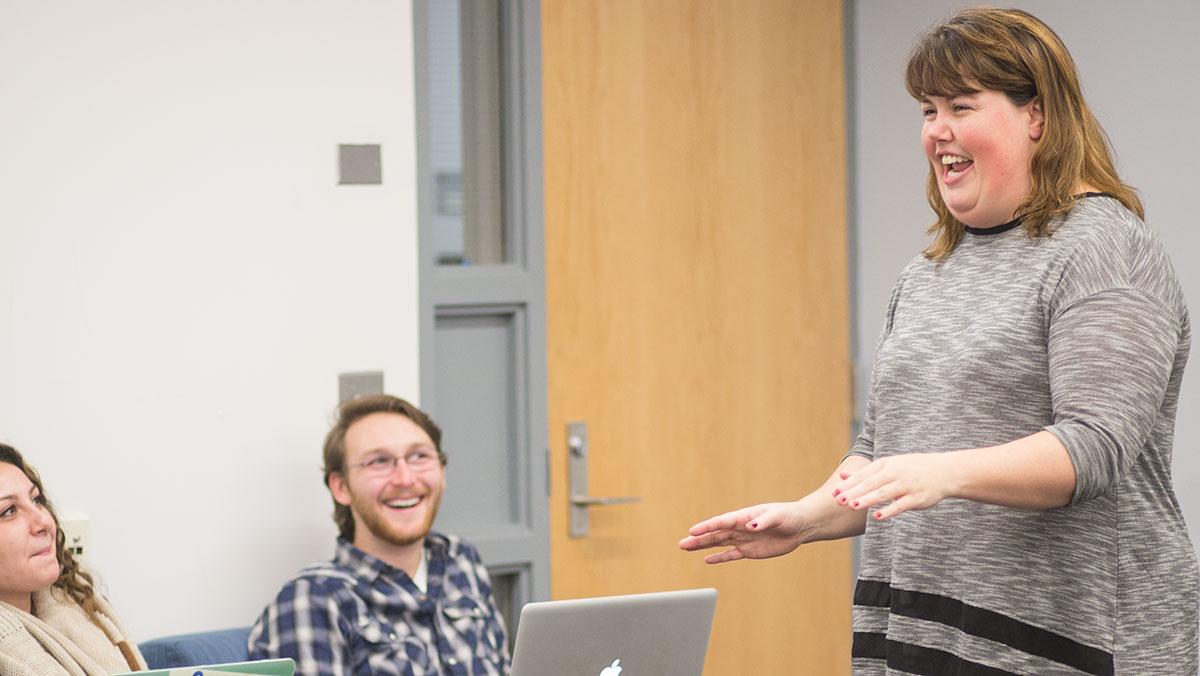 Within the Ithaca College campus, there is a bustling population of aspiring journalists, anchors, producers, cinematographers and media-makers, with many of them hoping to snag their next internship or start their next production. However, the end of this wait may not be too far off: On Dec. 6, the New York Film Student Alliance will hold its first media summit in Park Hall Auditorium, allowing students a day to learn from, listen to and ultimately network with established individuals in many media-based fields.

The summit is the product of a lengthy stretch of preparation that began with Chrissy Guest, assistant professor of media arts, sciences and studies. Guest, with the aid of the Governor Andrew Cuomo’s office, has played a large part in nurturing NYFSA from its infancy, including hosting its preliminary soft launch last April at Tompkins Cortland Community College. It was there, where she previously worked, that she began to investigate if students would be interested in the NYFSA’s mission — to provide educational and collaborative experiences media students cannot get in the classroom. When attendees responded positively, Guest said it confirmed the student interest.

“The soft launch gave us an idea that students were interested in this type of an organization,” Guest said. “So I was made chairperson of the starting committee.”

Now, almost eight months later, Guest has accrued a team of students who have worked closely with her to craft the upcoming summit, which will offer attendees several workshops, presentations and a collection of producer panel discussions, which are led by industry professionals. In addition, the NYFSA has worked alongside Brooklyn-based Kingsborough Community College, which will be holding its own summit concurrently with the colleges and will broadcast out presentations for both campuses to witness. Guest said this communication between campuses is part of the group’s efforts to form a cooperative network in an academic context.

“It’s a collaboration between filmmakers and producers at an educational level,” she said.

Sophomore Matthew Lynch became interested in the NYFSA after hearing about it during its soft launch and said it’s the potential interaction with professionals that makes the summit exciting for him.

“There’s so many possible connectors to be made, all the producers will be hanging out after … really, it’s all about networking,” Lynch said. “To have this opportunity at such an early stage in my career and to meet all these industry professionals is just an amazing opportunity.”

As a current member of the organization, Lynch has worked to acquire camera company Canon as one of the summit’s workshop hosts, with the photography giant signed on to present a DSLR seminar for students and faculty alike. The group’s students’ tenacity to nab industry figures is something that Guest said has been a constant source of surprise for her.

“I was blown away with how easy it was to find students who were interested in doing this,” Guest said. “And then that they followed through with everything they said they were going to do.”

Alyssa Zahler ’09, a digital producer at Bloomberg LP, is one of six producers who will present during the producer panel and will speak on her time in business and Web production. She said a major reason she agreed to be part of the summit was because of her experiences learning from panel discussions during her time at the college.

“One of the best aspects of Ithaca … was all the amazing panels,” Zahler said. “I just always thought it really enriched my time at Ithaca, and I learned so much from everyone who came in, and if there is any way I can give back by speaking to other students, I’m beyond honored to do.”

As a New York–specific organization, local talents like Zahler were something valued when planning the NYFSA Summit, evident in the the event’s agenda. The summit goes out of its way to present local success stories in its “The Winners Circle” seminar, which will feature a panel of local, award-winning film students. Guest said a goal of hers is to show the resources in New York that may aid productions in the future, and said these local voices may do just that.

“I think [local voices] really show that these are all people that have done things locally, that have gone on,“ Guest said. “I think it’s really going to showcase the different areas that people aren’t taking advantage of locally.”

Ultimately, Guest said she hopes attendees, who can RSVP for the event through the college’s website, leave the summit with a new appreciation for both the resources present in New York state, and also for collaboration and cooperation between creative minds, be it in filmmaking, or elsewhere.

“What I’m hoping is that [the summit] will foster cooperation, that students will be sitting together in a room saying, ‘We don’t just have to shoot just on Ithaca campus,’” Guest said. “Students are going to find all these other resources in their backyard.”