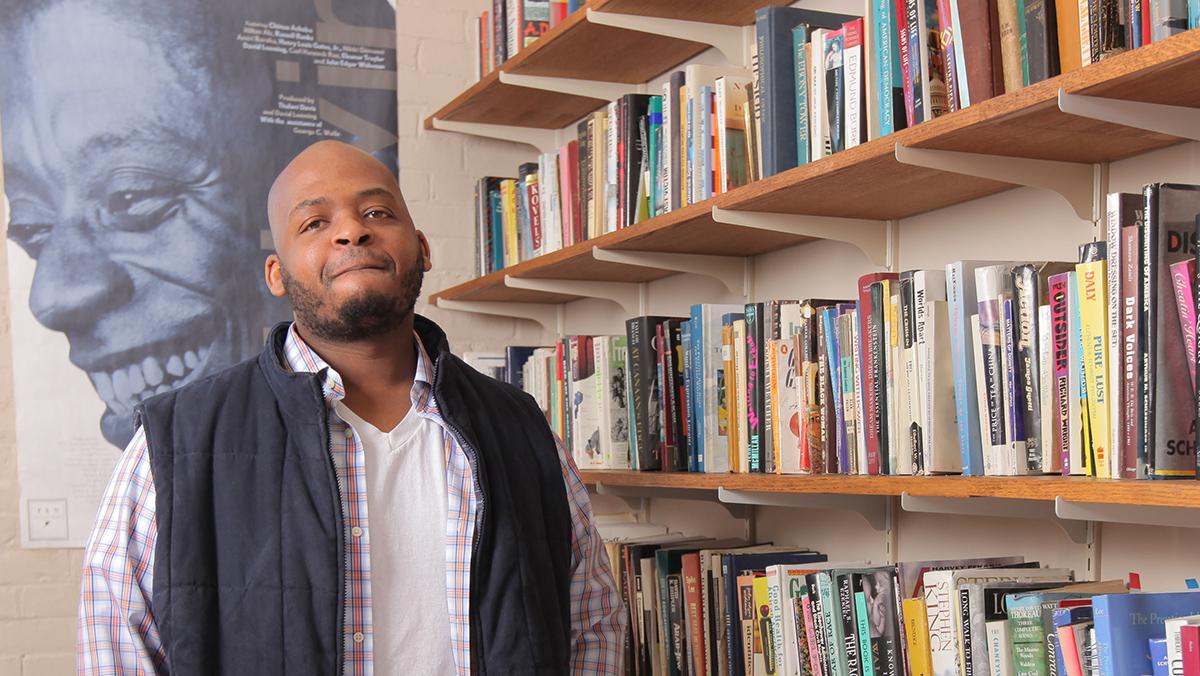 Courtesy of Black Warrior Review
Kiese Laymon, the next writer in Ithaca College’s Distinguished Visiting Writers Series, has been published in The Los Angeles Times, The Best American Series and The Guardian, and will release two books next year.
By Colette Piasecki-Masters — Staff Writer
Published: October 5, 2016

The second writer in Ithaca College’s Distinguished Visiting Writers Series (DVW), Kiese Laymon, is a new voice in nonfiction writing, known for exploring American racism and culture in his works.

In addition to a reading and discussion of excerpts from his work at 7:30 p.m. Oct. 10 in Klingenstein Lounge in the Campus Center, he will also be a guest in the DVW Series Visiting Writers Workshop. In this workshop, selected students have the opportunity to work with one of the three respected writers from the nonfiction, fiction and poetry parts of the series.

Laymon has published two books, the novel “Long Division” and a collection of essays called “How to Slowly Kill Yourself and Others in America,” in addition to other reviews, essays and stories. His work has been published in publications such as The Los Angeles Times, The Best American Series and The Guardian.

He now teaches at the University of Mississippi as an associate professor of English and has two more books being published next year: a memoir called “Heavy,” and a novel called “So On.”

Eleanor Henderson, an Ithaca College writing professor and director of the DWV Series, said she specifically selects writers who will contribute to the campus community by sparking intellectual discourse about social and racial injustice. As a black writer from Mississippi, Laymon discusses those significant issues.

Since Laymon published his novel and collection of essays in 2013, Henderson said, he gained attention in a short period, which established and advanced his career as a well-respected writer. For those reasons, she said she thought her students, particularly nonfiction students, could benefit from his expertise and be excited to work with him.

“What they get overall is the sense of intimate contact with a writer who is a professional but who is also just a person,” Henderson said.

Senior Hakeem Hopper-Collins, a writing major, is taking this course for the second time. Last year, Hopper-Collins had the opportunity to work on poetry with Vijay Seshadri, author of “3 Sections.” which won the Pulitzer prize in poetry.

Hopper-Collins said he looks forward to hearing Laymon’s advice about techniques in creative writing and Hopper-Collins’ own nonfiction submission. He is especially eager about the individual lunch with Laymon. He said the lunches allow students to get to know the writers in a more informal and personal setting, and they open up about things they wouldn’t ordinarily talk about on a college campus.

“Just being able to talk to them and see how their mind works — just trying to instill all their experience they have on us is just a gift,” Hopper-Collins said.

Naeem Inayatullah, professor in the politics department, said he has been using Laymon’s essay, “How to Slowly Kill Yourself and Others in America,” in his curriculum for four consecutive years.

Inayatullah said he initially approaches all readings with a hypercritical perspective, however, he applauds Laymon’s style of writing and his ability to completely dissolve critical norms. Inayatullah said “How to Slowly Kill Yourself and Others in America” has a way of seducing the reader, and the confessional tone used in the piece leads the reader to think profoundly about his or her own life.

Inayatullah said the ease and skill of Laymon’s writing is comparable to the ease in Frank Sinatra’s songs; you can’t hear Sinatra breathe, strain or become too energized because he has spent his whole life perfecting his sound.

“There is incredible skill in it. … When you read it, you feel like he’s just sitting next to you and talking,” Inayatullah said. “Those … things struck me: how easy it is to read, how seductive it is, how illuminating it is in its confessional nature, [and] the more you read it, the more you begin to realize that this is a highly skilled writer.”

The story has been modified to reflect the following: The reading DVW reading and discussion will take place at 7:30 p.m., and Kiese Laymon currently teaches at the University of Mississippi.