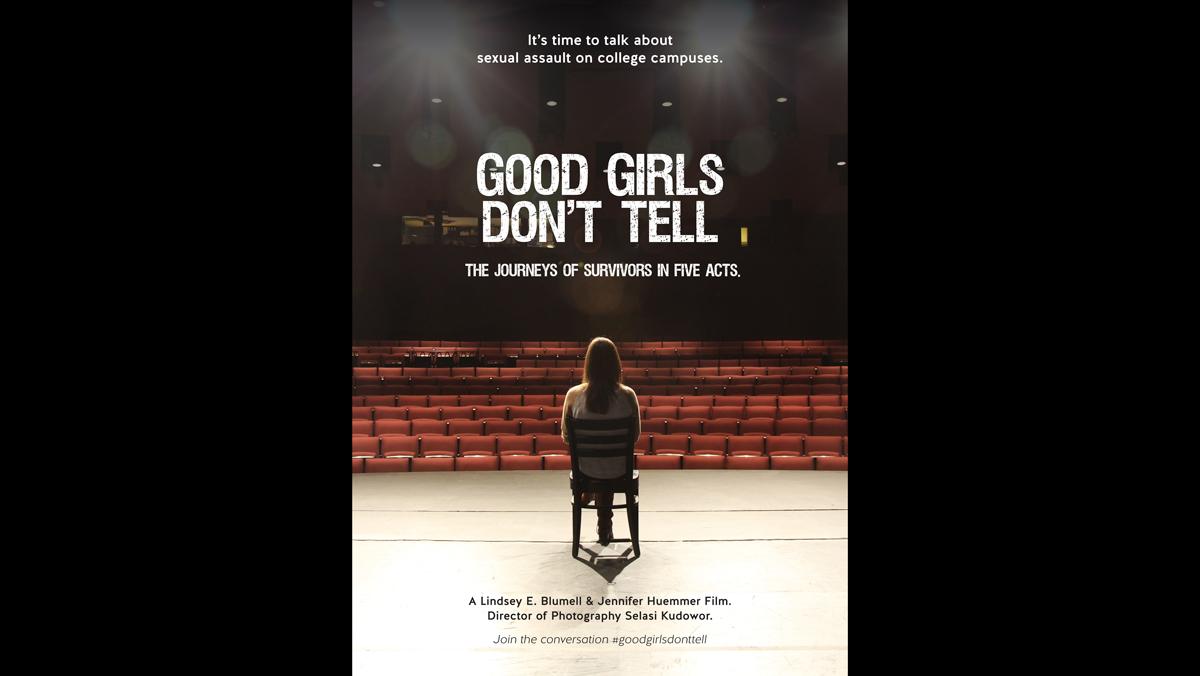 Courtesy of Jen Huemmer
"Good Girls Don't Tell," is a documentary that tells the stories of non-reporting sexual assault survivors. It is directed by Jen Huemmer, assistant professor in the Department of Strategic Communication.
By Maddy Martin — Life & Culture editor
Published: April 21, 2021

On April 29 at 6 p.m. on YouTube Live, the Sexual Violence Prevention Committee will be hosting a live screening of “Good Girls Don’t Tell” as part of its series in honor of Sexual Assault Awareness Month. After the screening, there will be a Q&A with Huemmer and Title IX Coordinator Linda Koenig, facilitated by Title IX Deputy Coordinator Omar Stoute, about the documentary and the topic of sexual assault. Ithaca College students and staff members can RSVP to the event online.

Huemmer directed “Good Girls Don’t Tell” and her friend and fellow graduate student, Lindsey Blumell, was the executive producer. The documentary features the true stories of non-reporting sexual assault survivors, who are portrayed by actors in the film. It was released in 2015 and was first screened in Lubbock, Texas, where it was filmed.

Huemmer said that after the incident with the fraternity banner, students and professors in the communications department who studied sexual assault and related topics worked to create a campaign to discuss consent on the Texas Tech campus. Huemmer said that while researching for the campaign, she realized there was a lack of understanding about the experience of sexual assault survivors at Texas Tech.

“A lot of the students we talked to were aware of the statistic around sexual assault, but that just didn’t feel real to them and they were struggling to connect emotionally,” Huemmer said. “We were also worried that there was too much of a centering on discussion around ‘not all men’ as opposed to centering on the stories and heroism of the actual survivors.”

Huemmer said she and Blumell were driven to create “Good Girls Don’t Tell” after realizing that there was a gap in research and awareness of the experiences of non-reporting sexual assault survivors.

“I’m horrified by the amount of time it casually gets said, ‘If only they had enough courage to report or the amount of bravery to speak up,’ or the impression that it’s a passive or meek decision not to report,” Huemmer said. “These women were making sense of it in their own minds and then determining for themselves what the best course of action would be and that was a myth we wanted to try and dispel.”

Junior Julia Ganbarg, president of Ithaca College Planned Parenthood Generation Action, said she thinks the college handles the aftermath of sexual assault well but does not do enough to prevent it. Ganbarg said it is not enough to have students complete one online Sexual Assault Prevention Course before their freshman year and that the college should expand existing clubs and resources focused on preventing sexual assault.

“There’s a myriad of clubs that are focused on preventing sexual assault and ending sexual assault on campus,” Ganbarg said. “Use the power as an institution to make those bigger so students are encouraged to go and actually do go and listen to these things.”

Junior Adele Gulino, social media director of Ithaca College Planned Parenthood Generation Action, said one of the most important things students can do to prevent sexual assault on campus is to have conversations with their friends’ behavior if they make an inappropriate joke or comment on about sexual assault.

“I know that this is hard within friend groups, but it’s really important as a friend to call out another friend, and be like, ‘Hey, what you did there was not okay,’” Gulino said. “You’re enabling this person if you’re letting this person continue on.”

Senior Julia Siegal, co-president of IC Strike, said IC Strike will have a representative answering questions at “Faces of Prevention.” Siegal said it is important for students to attend events discussing sexual assault to better educate themselves.

“Our main goal is for people to walk away knowing something they didn’t know when they walked in, whether that is a statistic or a piece of vocabulary or even just a mindset of an issue that has changed,” Siegal said. “We are huge on education because that is where tangible change starts. So, when people attend these events, we want them to leave having a new perspective or a new toolkit for grappling with similar issues as they pop up in their real life.”