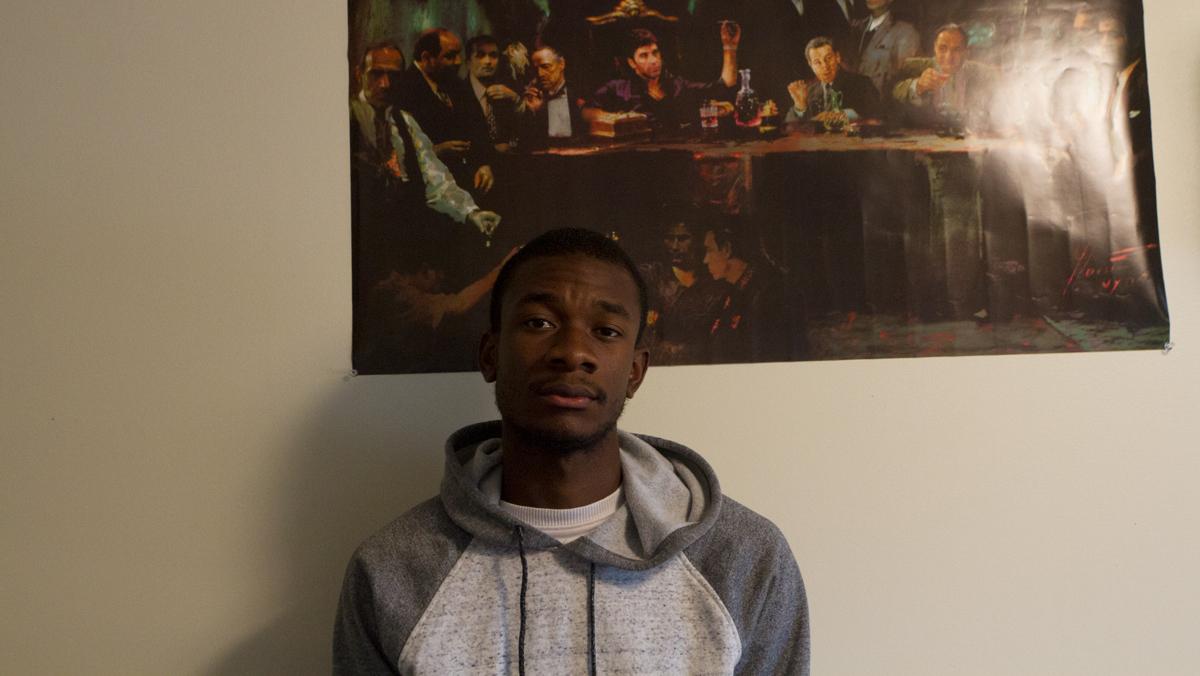 Senior Lensdarly Dieujuste is an aspiring hip-hop artist who performed at The Nines on Oct. 1. His first EP can be found on SoundCloud under his stage name, “Aceofslayz.” Dieujuste had previously performed at open mic nights but had never headlined a performance until now. Dieujuste has shows scheduled for 10 p.m. to 1 a.m. Oct. 12 at The Nines and another 9 to 11 p.m. Oct. 13 at Level B, alongside senior Justin Bober, who will be his DJ.

Assistant Life and Culture Editor Silas White interviewed Dieujuste about his journey as a hip-hop artist.

Silas White: You mentioned English is your second language. Where are you from?

Lensdarly Dieujuste: Yeah, I immigrated to the U.S. at the age of four. My primary language is Haitian Creole. I was born in Haiti. I was a little shy when I moved, because I was self-conscious about my accent and being made fun of because other kids would see me as different. But now, I’m trying to become a hip-hop artist in the English language and reach as many people as I can. I think it’s important, as an artist, to find your niche and find a purpose. There’s a lot of hip-hop artists and rappers out there who do what they do, but you can’t really differentiate them.

SW: How did you develop an interest in hip-hop?

LD: The company you keep really influences the path you take in life. My best friend was just starting to mess around with hip-hop in my freshman year, and I got into it the more he got into it. I started listening to old-school artists more. I’m not one of those kids born under parents who started listening to old-school genres of music like Michael Jackson, so I had to do my own research. I grew up on Haitian Compas, and I love it, but the only English–speaking musician my father listened to while I was growing up was Bob Marley. I remember going through a pop phase. My cousins and I would watch Backstreet Boys concerts, and that was when I started loving this country’s music. Then I started hearing Kanye on the radio when I was like 13, and what drew me to him was how bold he was. That’s a big part of what rap is about, just saying what you want and trying to change the world politically. I only started writing when I was around 17 or 18, and coming up with words was really natural to me.

SW: How did you get discovered?

LD: I would walk downtown and perform at open mics at “The Nines,” because this is my dream, and I want to achieve it. I’m just starting out, I’m new to the game, so, I thought it was important to start small. I started talking to the sound guy that worked there, you got to see everyone as someone who can help you, and not necessarily be the person like “I’m just going to use you and not build rapport with you.” He happened to be the kind of guy that loves promoting … his name’s Ken Hallett, he’s kind of my unpaid promoter. He’s just the man, I asked him to help me out and he talked to the manager for me, and that’s how I got the shows.

SW: You mentioned writing rhymes in high school, did you ever perform them for anyone?

LD: No, in high school I started entertaining the thought, but it wasn’t until I came here I became a recording artist. I released my first single, “Changing Room,” my freshman year and decided to take this thing more seriously. I used social media and word–of–mouth and my extrovert personality as a tool to promote myself, but my promotion wasn’t the level it is now. To this day, it’s my biggest song … the way I went about recording it was I would go to Southside Community Center downtown, it was $20 an hour, which isn’t bad. I would save up as much money as I could, the money my parents gave me became my studio money.

SW: Where do you pull your beats from?

LD: From YouTube. Every single instrumental is produced by DeCicco Beats, who I actually met over the summer at my internship in Boulder Stadium in Rockland County, New York. He made beats and I told him I was a rapper, and we kept in contact and he displayed a level of confidence. … That really inspired me, so I listened to his beats and they were pretty good.