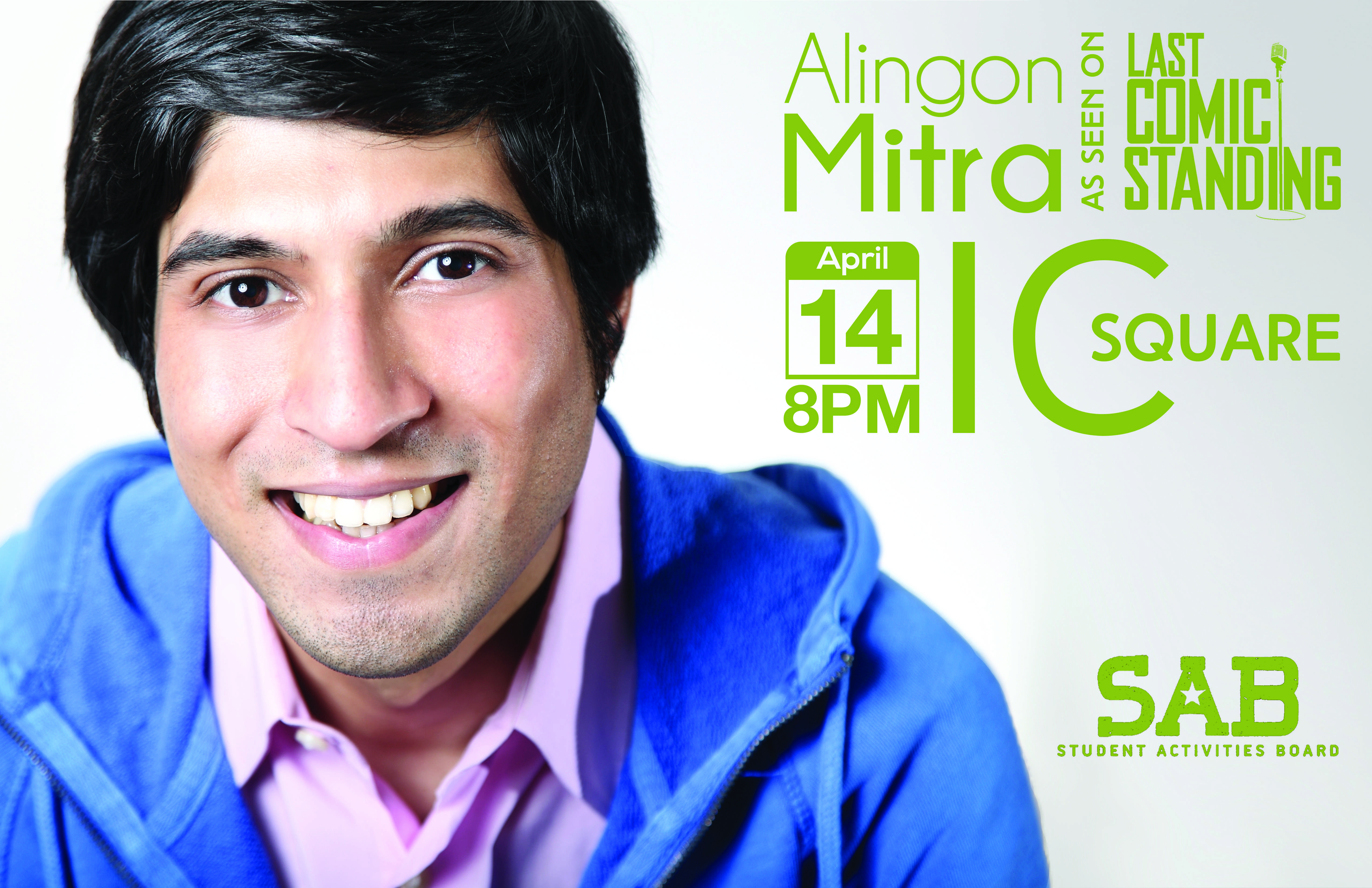 Following recent performances on “Conan” and “The Late Late Show with Craig Ferguson,” stand-up comedian Alingon Mitra will be visiting Ithaca College at 8 p.m. April 16 to perform his comedy in IC Square. Mitra was one of 100 comedians chosen for NBC’s “Last Comic Standing,” and after being eliminated in the fourth round, was the lone comedian to be voted back into the competition through the program’s “Comic Comeback” contest.

Life & Culture Editor Steven Pirani spoke with Mitra about his time on “Last Comic Standing,” the social role of comedians and what makes a good joke.

Steven Pirani: You were surrounded by comedic minds on “Last Comic Standing.” What was one experience out of that that just blew your mind?

Alingon Mitra: Getting to interact with the judges was something that I didn’t ever think I’d get the chance to do, to actually have them evaluate my comedy. And then afterwards I got to open up for Russell Peters when he was in Boston at the Wilbur Theatre, so we got to link up and connect after the show, so all of that I think was something that came from “Last Comic Standing” and for me was an experience that I would not have imagined I would be having.

SP: What do you strive for in your comedy?

AM: The comedians, the ones who I admire the most, they tend to not only have hilarious material, but they tend to have a message or a point of view that comes across that speaks a little bit more broadly than the point that they are describing directly, or has some critique on society or something like that, which I feel like if you are able to add that layer to your stand-up, then you are able to distinguish yourself from somebody who is not always bringing fresh, funny but also fresh topics. Anybody who can bring that original thought, and infuse that into their comedy, they tend to hit me harder.

SP: With that in mind, what is the role a comedian takes in social commentary? We see Jon Stewart and people like that. What is their role?

AM: “The Daily Show” definitely stands out. It’s taken on a larger life than just a comedy show. I think people who turn to it now, some see it as news, but some also use it to get a perspective they wouldn’t be getting from other media outlets. So comedy can be a force like that. I think it depends on the comedian, but people who strive to have social commentary or political commentary in their material, they can kind of elevate their status as somebody who is beyond a clown up there.

SP: So how does your comedy try to tap into that role of a social commentator?

AM: It depends. I think there are aspects of my stand-up that don’t hit on anything, it’s just a silly observation, and it’s good because it will get people on board without having to do any heavy lifting beyond just laughing. And then hopefully it’ll get a little more into things, and it’ll touch on cultural upbringing or something like that, and you show how different people are treated in society, that sort of thing. Your personal stories, your experiences.

SP: What makes a good joke?

AM: Generally, it boils down to some surprise, that the audience or the viewer, or the listener, has to connect themselves. You bring up point A and point C, and they make the connection to point B and tie the two things together. Depending on how savvy the audience is, you can spread it out further. You can give A and D, and they can make B and C themselves. But yeah, I think that surprise, and when people make the connection, that tends to be where the fun lies.

SP: Ithaca College has a pretty strong stand-up scene. What advice could you give to young comedians?

AM: I think in the early phase, just to be aware of the huge difference between the space that you’re going to be having, versus the more glamorous stand-up we’ve got on TV, or comedy specials or something like that. Generally speaking, the first time you get on stage, it’s going to be in front of just a handful of people, and you’re going to be doing material you’ve never spoken out loud before. So don’t treat it as something too big. It’s a great step to take but realize it’s just the first step of many. If it goes well, great. If it doesn’t, fine.