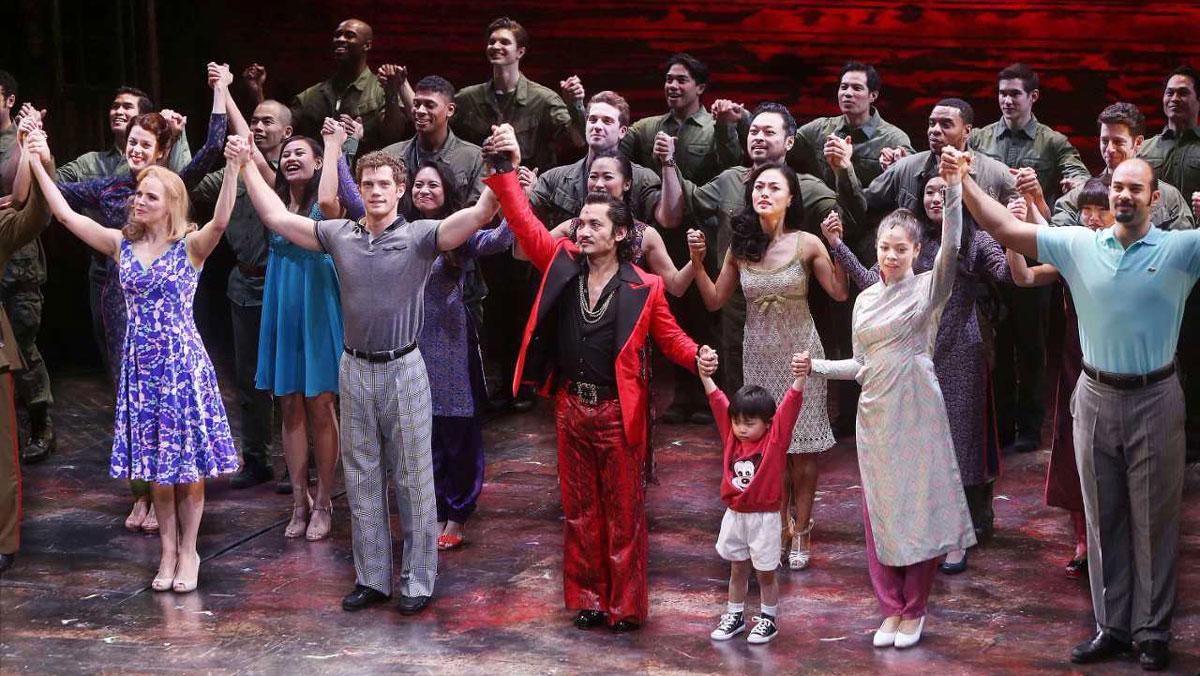 Emily Bautista would now be a junior at Ithaca College — that is, if she hadn’t landed her big break on the Broadway show “Miss Saigon” last year. Bautista plays a bar girl in the musical, which highlights the tragedies that occurred during the Vietnam War. Bautista is also the understudy for the lead, Kim, and has played the part during several shows.

Staff Writer Olivia Riggio spoke to Bautista about her journey, her rejections from theater and her plans for the future.

Olivia Riggio: Had you done other Broadway shows before “Miss Saigon,” or was this your big break?

Emily Bautista: This was actually my getting back into theater. I did theater all throughout high school, but when I applied to colleges I auditioned at a bunch of different schools. I ended up not getting into any except for one. I ended up going to Ithaca for theater studies, but I was kind of planning on transitioning to communications. When I got “Saigon,” that’s when I left school and that’s what got me back into theater.

OR: What made you want to audition?

EB: The audition kind of came up when I was going through getting a bunch of rejection letters from colleges and not really being sure if what musical theater was what I really wanted to go into. My dad actually sent in an email to the casting company for the show, and I actually didn’t know this at the time. About a year later, they asked me for my headshot and resume. The auditions happened over a year … I went in, and I went back maybe two times a month my second semester of freshman year at Ithaca College.

OR: How long have you been in the cast?

EB: Since we started rehearsals last January. We opened March 28. We had previews all of March, so we had rehearsals during the day and the show at night.

OR: Did you ever think you would have ended up on Broadway while you were getting rejection letters from theater schools?

EB: It was a really weird turn of events. That was my goal all throughout high school. That’s what I wanted to do. That’s what I studied all throughout high school, but once I started applying to colleges and started getting “no”s instead of “yes”es, I was kind of like, “Okay, maybe I should look at something else.” That’s how I started doing journalism and communications management and design at Ithaca, trying to just find different pathways. In that moment, I missed it so much, but I didn’t think it was going to happen. I kind of thought it was time to let it go, almost. It was the best turn of events.

OR: The subject matter of “Miss Saigon” is heavy. What’s it like getting into character for it?

EB: It’s tough. I try different things. Last week what I tried to do was to get into that emotional place of seeing your world shatter around you. It’s hard because I’m not a mother. I watched a lot of news — it really opens your eyes to seeing that there are bad things that happen. I try to stay relevant on things that are happening today and that affect me, and seeing how I can relate that to the character. It’s hard to do that because there’s a lot of differences between us. I don’t have a child, but I know what it’s like to love someone, and I know what it’s like to take care of people. I try to take things in my life that can relate and try to think very hard about amplifying that.

OR: What are your plans for the future?

EB: I get the question a lot — am I going back to college? And I always reply, “No, not for a while.” I have this opportunity a lot of people don’t get, especially at my age. So, I want to stay here in the city or go on a tour. Just keep hitting it, going on auditions, learning here while I try to find more work.

OR: Are there any professors that really stood out to you during your short time at Ithaca College?

EB: I do remember Dr. Chrystyna Dail in the theater department was very, very encouraging. When I told her the news, she was so proud, and it was so nice to have that because I hadn’t had someone recognize it in a while. I hadn’t done theater in a while, and she was so encouraging. I think she was definitely one of the first teachers I told, and she was just all positivity and encouragement. That really stuck with me.