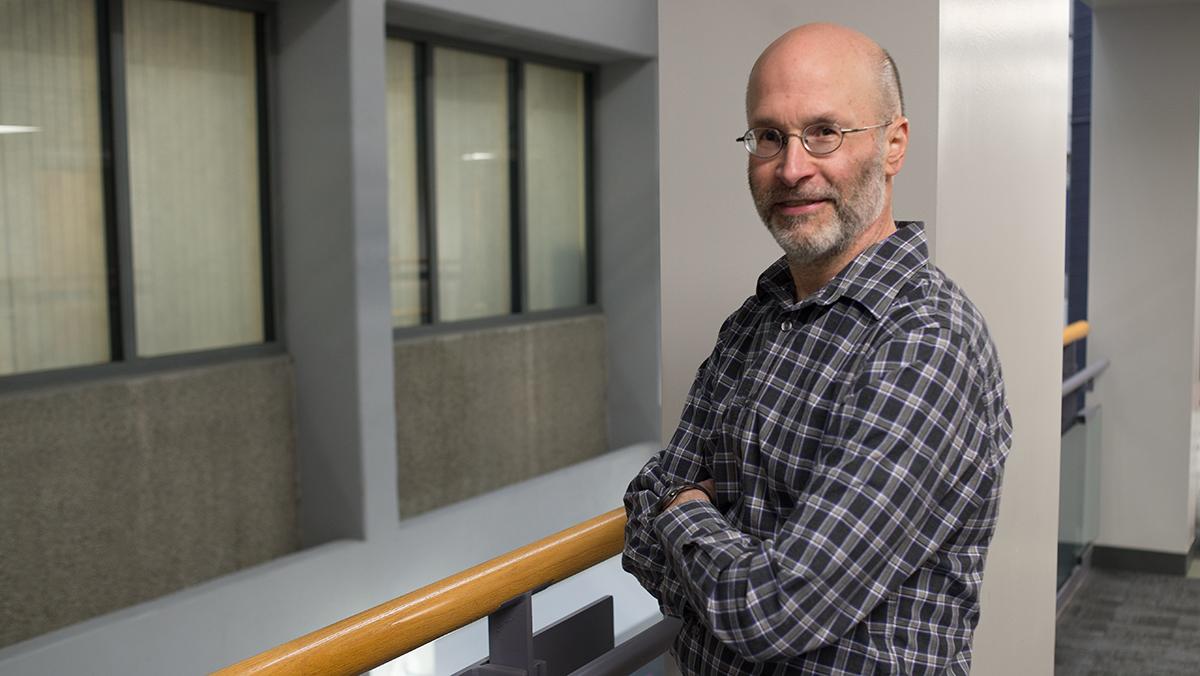 Timothy Johnson, professor and chair of the Department of Music Theory, History and Composition at Ithaca College, has always been passionate about analyzing music. His latest subject: the Pulitzer Prize–winning musical “Hamilton.”

Over the summer, Johnson created a two-credit capstone course for students with a Bachelor of Arts in music and for students with a Bachelor of Music in music in combination with an outside field. Senior Seminar in Music Liberal Arts and Outside Fields is a course being offered this semester and in the fall in which students analyze music and how it relates to other topics — including “Hamilton,” directed by Lin-Manuel Miranda.

Life & Culture Editor Kate Nalepinski sat down with Johnson to talk about the new course, his passion for analyzing music and how Miranda is upending traditional ways of considering history with “Hamilton.”

Kate Nalepinski: Give me some background on the senior seminar capstone course.

Timothy Johnson: So this is a new course that I designed a few years ago when the current seniors were coming in as freshmen since this is a capstone for two degrees … that had no capstone previously, and with the addition of the ICC, all degrees have to have a capstone. So I created this course which, at the time, aimed to connect music to other fields, which is one of the things I’m a specialist at. … I think a lot of people who are nonmusicians will talk about music with other things, but they don’t bring this specialized knowledge to it. So part of the course … looks at how music intercepts with other fields.

KN: Besides “Hamilton,” what else do you cover in this course?

TJ: So we look at math within music, and for that we’re using a book I wrote called “Fundamentals of Diatomic Theory” … which talks about how you can use mathematical approaches to understand music in a different way. Later on, we will look at music and business, and then music and psychology and cognition. That’s more about … for example, how music events are seen as surprising. How do you respond to music emotionally.

KN: Why did you decide to integrate “Hamilton” into this course?

TJ: I became interested in “Hamilton” as a musical before it was even on Broadway. I think I was reading about it in The New York Times. Just reading about the concept of it seemed really intriguing. Then it started winning all these awards and stuff, so I bought the album and listened to it.

TJ: I listened to it three times in about five days. It’s like 2 1/2 hours long. I really enjoyed it. Over the summer, I hadn’t yet worked out what this course was going to be. So I was like, I think this would be a good way to talk about music in other fields that some of them are going to get excited about. As you know, “Hamilton” is this huge phenomenon that extends beyond the average consumer of theater in New York, and it’s reaching kids.

KN: Since this course discusses “Hamilton” through a political lens, can you talk about how the musical relates to current politics?

TJ: So it relates in so many ways. … Hamilton is an immigrant. That’s a big theme of the musical; it’s the first thing someone says. And it’s used as an insult. … He’s being treated differently because he’s an immigrant — we can bring that to now. People are being denied access to the country, being singled out in certain ways in political discussions that are not favorable. In a sense, it’s very similar. Like, my great-grandfather was an immigrant. It’s not different than [Aaron] Burr, and here’s Burr saying, “You’re an immigrant!” just like some current political leaders saying, “These immigrants!” Meanwhile, these people are all descendants from immigrants. I mean, the cultural parallel is so apt.

KN: How can your students reflect on the political climate through Miranda’s musical?

TJ: As an example, there’s that song “Yorktown (The World Turned Upside Down).” It’s toward the end of the first act, and the British are going to surrender. So I ask the students to read a bit from the biography of Hamilton by [Ron] Chernow, and in the reading, we find the British played a drinking song called “The World Turned Upside Down.” … It’s quite an important phrase. So the British played this tune … so I point [my students] to it, and then I say, “How does Miranda incorporate any of the original ballad into the song in the musical? What historical elements does he preserve? What does Miranda’s version signify about today’s culture?” … There’s this upside-downness to the melody [in the musical]. He puts this arc in the melody, and of course, the idea that the Americans — with their unstructured approach to battle could beat this worldly power, the British — that was turning the world upside-down. … Now, the idea that you can make a musical about Hamilton with a multicultural cast on Broadway, where the tickets cost hundreds of dollars, using hip-hop — that’s like turning the world upside-down! … [Miranda] has a B.A. from Wesleyan University. He has a broad musical background, and he took that knowledge, read a biography of Hamilton on vacation. … It’s all coming out of his experiences, his ability to draw on his curiosity, and maybe my students, too, can do something that turns the world upside-down. … I want to inspire them to do that.

Still in College: Greg Evans jazzed up his college years