Q&A: Screaming Females set to play show at The Haunt 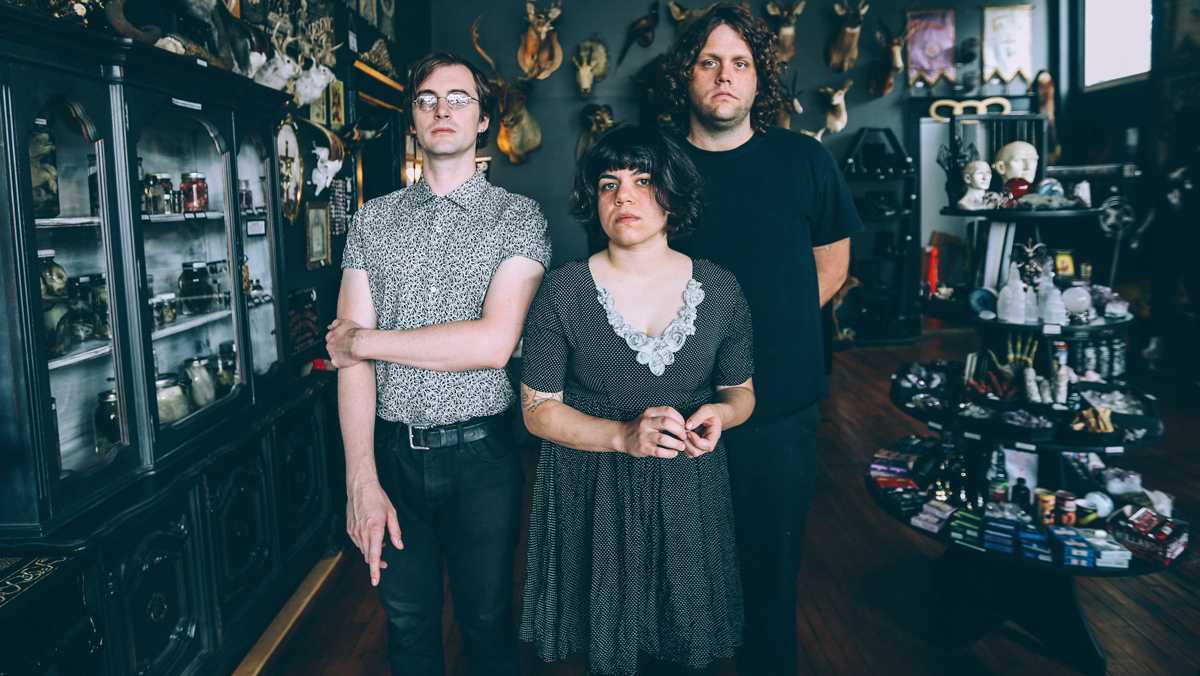 Courtesy of Screaming Females
Drummer Jarrett Dougherty, lead singer and guitarist Marissa Paternoster and bassist King Mike of Screaming Females will perform at The Haunt on April 12 for a tour of their latest album "All At Once."
By Hannah Fitzpatrick — Staff Writer
Published: April 10, 2018

New Jersey punk rocker group Screaming Females dropped its latest record “All At Once” on February 23. The band is coming to play a show at The Haunt in downtown Ithaca on April 12 for a tour supporting its new record.

Staff Writer Hannah Fitzpatrick spoke with Marissa Paternoster, the band’s lead singer and guitarist, about the making of “All At Once,” how Paternoster originally got into music and what she likes most about playing in Ithaca during tours.

Hannah Fitzpatrick: Who were your biggest influences while making “All At Once”? Or for your overall sound?

Marissa Paternoster: For all of our music, our primary influences are usually the people we go on tour with. We tour a lot, so it’s kind of hard not to be influenced by them, and since we’ve been actively touring for most of our career, it would be odd if touring didn’t influence our writing. Aside from that, we play whatever excites. We definitely draw inspiration from older bands, but usually it comes from our immediate surroundings and the people we hang out with.

HF: How has your music evolved since you first began playing together?

MP: As a band, I think we’ve become more confident when performing, and more honest with each other when we’re writing songs together. We’ve been writing and playing songs together for about 13 years now, so at this point, it doesn’t matter whether or not we write something that becomes a hit. We just do what feels good.

HF: Can you describe the writing process that you and your bandmates went through when creating “All At Once”?

MP: It was kind of all over the place. The only difference for this record was that we had a lot more time to write and record the songs than for the others. Because of the amount of time we had, we could record demos and other stuff that could contribute to a song. Other than that, it was basically “anything goes.” Sometimes someone will bring in a guitar or bass riff, or I can bring in a whole song, and we just see what happens from there.

HF: I’ve read in previous interviews that you guys started off as a DIY group, but then signed to a label. How involved are you in making decisions for the group?

MP: We do value autonomy as a group. However, there are lots of DIY bands out there, so we don’t want to give the impression that we are completely autonomous. There are other people outside of the band, like our label, that we hook up with. We appreciate creating long–lasting friendships and trust with other people, but at the end of day, we have the last call.

HF: What originally got you into music? What made you want to form Screaming Females with the other members?

MP: I don’t know really. I’ve been playing music since I was a kid, and from the time I started, I just really liked it. I’ve always loved punk bands and the punk scene, and I wanted to be in that world, and that feeling has never stopped. When I finally found the punk scene in my area, it felt like I was home.

HF: Have you played Ithaca before? If so, what are your favorite spots to go to around the area?

MP: We’ve played about four or five times now. I can’t remember the exact spots, but there are some classic Ithaca tourist stuff we like to do when we’re up there, like walking around the Cornell campus or grabbing a coffee at Gimme! Coffee. Ithaca is such a pretty town, so I’m always glad to be up there when we’re on tour.

HF: What do you want people to take away from the new record?

MP: We want people to have fun, and if our music resonates with them, that makes all the hard work we put into this band worthwhile. We hope you like “All At Once,” we hope when you come to our shows, you can see that we did this all ourselves, and we’re here for you. We want to get to know you and put on the best show we can.

Chances are, garage-punk outfit Cage the Elephant didn’t know just how big it would get after writing its first album lyric, “We ain’t got the tunes that’s gonna put us on the map.” The now-established band returns with “Thank You, Happy Birthday,” an album that exudes musical power and sheer dominance.