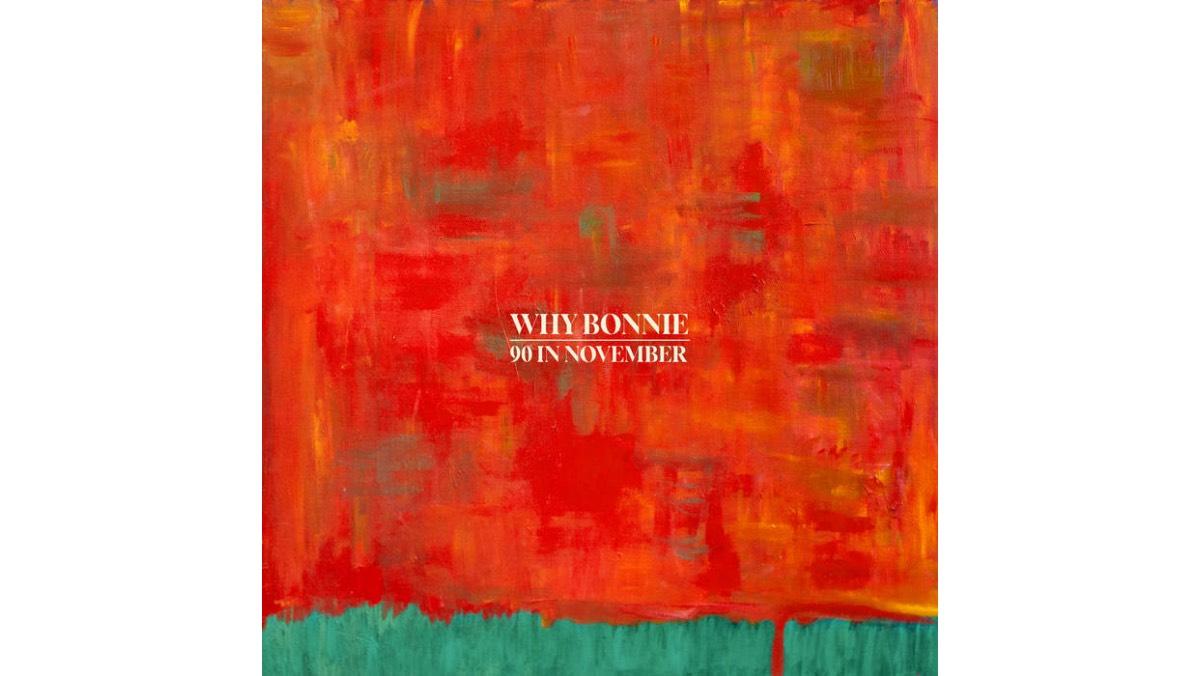 Courtesy of Keeled Scales
Why Bonnie is made up of lead vocalist and songwriter Blair Howerton, Sam Houdek on guitar, Kendall Powell as keyboardist, Chance Williams on bass, and drummer Josh Malett.
By Sydney Brumfield — Senior Writer
Published: August 31, 2022

The indie band Why Bonnie comes out of the gates strong with their first full-length LP “90 in November,” solidifying themselves as a force in the world of indie rock. Why Bonnie is made up of lead vocalist and songwriter Blair Howerton, Sam Houdek on guitar, Kendall Powell as keyboardist, Chance Williams on bass, and drummer Josh Malett.

“90 in November” starts off incredibly well with the track “Sailor Mouth,” perfectly encapsulating the complex stylings this group is capable of. The song starts off in a consistent yet driving 3/4 meter — giving the song the immersive feeling of rocking back and forth between the waves of the sea — as the meter is heavily associated with waltzes. “Sailor Mouth” then has a tempo change to the typical 4/4 meter that listeners are more familiar with before Howerton’s earnest lyrics come in. Howerton’s sound combined with the full texture of the group’s sound creates an excellent intro for listeners into the world of Why Bonnie.

The titular track of “90 in November” is another exceptional track on this album, highlighting the dynamic texture of sound Why Bonnie is able to successfully produce. Throughout the song, Howerton’s vocals play a beautiful call and response with the guitar line as well as the piano part.

Despite its achievements, “90 in November” exemplifies how Why Bonnie still has some ways to grow and progress throughout the future of their career. Unfortunately, clusters of songs that play one after another on the album blend into each other with few distinguishing characteristics. For songs like “Healthy” and “Sharp Turn,” the songs have similar instrumentation and vocal stylings, making them difficult to distinguish between.

Additionally, a pattern of quality exists on “90 in November” as an unconscious trade–off occurs between the lyrical complexity and the musical depth. If the song has a rich and thick texture, the song has worse lyrical composition. Contrarily, if the song is a great lyrical piece, then the musical complexities are lacking. This wide range in the quality of the songs featured on “90 in November” is disappointing, especially when there are so many songs on the album that highlight the group’s prolific ability to create a vast and complex sound.

The song “Galveston” especially demonstrates the peak of Why Bonnie’s ability to create involved sound with the interdependency between the main melody and accompanying melody. The song also has the interesting detail of including an organ as opposed to a piano like the band normally features in their songs. Truthfully, this song is also one of the rare examples of a song on the record that is both musically vivacious and lyrically complex.

“90 in November” also demonstrates that Howerton woefully has a very limited vocal range with the majority of her vocal tracks sounding the exact same. In every track, her voice has the same intonation, same vocal quality as well as the same editing done to it.

On a large scale, “90 in November” is extremely engaging for the listener. About half of the songs maintain Why Bonnie’s iconic thick texture and off-the-beaten-path instrumentals. Despite its shortcomings, the album highlights the vast potential for Why Bonnie in the years to come — that is, once they refine their sound.