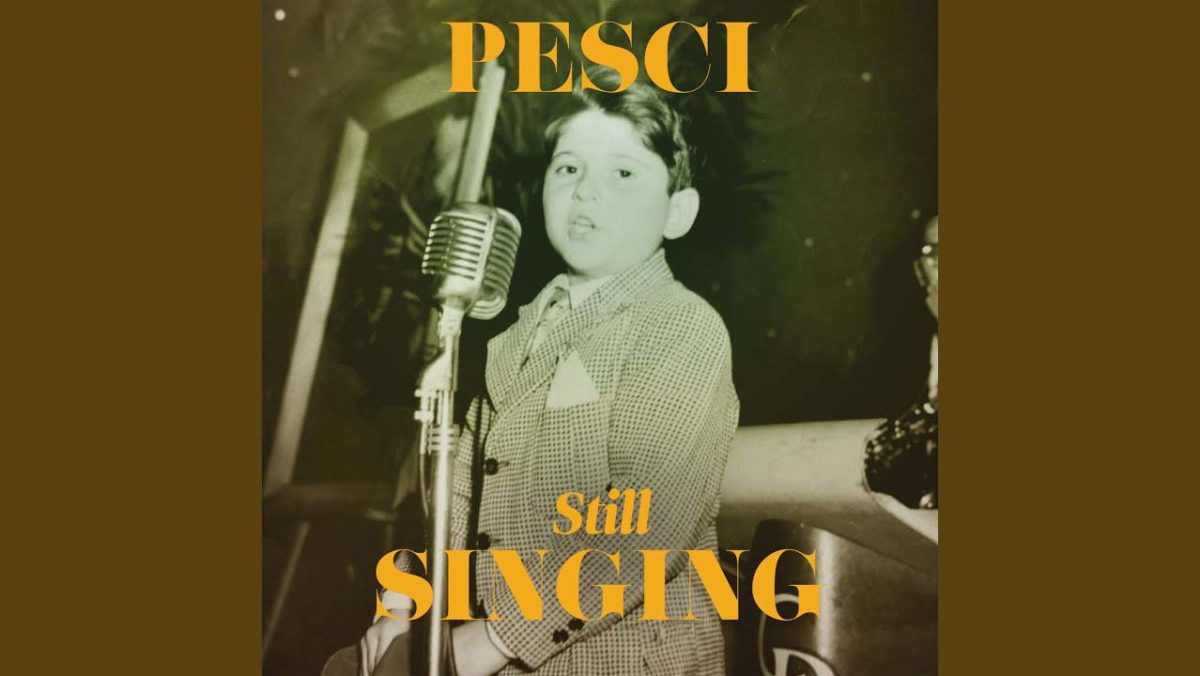 Courtesy of BMG Rights Management
Although Joe Pesci is an Academy Award-winning actor, his beginnings as a musician shine through in “Pesci...Still Singing.” His jazz vocals are the highlight of the album, even if the lyrics are sometimes dull.
By Elijah de Castro
Published: December 11, 2019

Academy Award-winning actor Joe Pesci returns… to making music? In addition to recently returning to acting for his role in Martin Scorsese’s epic mobster film “The Irishman,” Pesci has come out of a 21-year-long musical hiatus. His new jazz album “Pesci…Still Singing,” is a light and unchallenging listen, and Pesci’s swell, classy voice gives the album personality.

A mere two days after the Netflix release of “The Irishman,” the release of his new album is a return to his first career interest. Originally pursuing a career as a musician, Pesci only got so far before Scorsese cast him as Joey in his 1980 film “Raging Bull.” “Still Singing” is a nostalgic look back on his days as a young musician, as suggested by the album’s title.

While not exactly noteworthy in terms of lyrics or instrumentals, Pesci’s boyish and charming voice separates the album from standard lounge jazz. His charisma and lovable tone stand out against the vapid percussion and boilerplate lyrics. His singing is the highlight of the record, likely an intentional choice when considering his presence in the album as a whole.

Unfortunately, and perhaps expectedly, the album is held back by the interference of Adam Levine, who co-produced some of Pesci’s tracks. Levine’s vocal accompaniment on the tracks “My Cherie Amour” and “Baby Girl” is unnecessary. Of course, there was potential in this collaboration. However, Levine’s decision appears as a self-aggrandizing career move rather than out of artistic desire.

While Pesci’s vocals and frequency carry the record, the album’s length seems unnecessary. Running at almost 70 minutes across 13 tracks, the record occasionally overstays its welcome, particularly with the six–minute song “If I Should Lose You.” For its intent, a shorter and breezier record would have been more consumable and entertaining.

“Still Signing” works. Pesci’s exclusive vocal talent shines through the expendable lyrics and instrumentals. But without Pesci’s talents as a singer, little else keeps the record from being dismissed as white noise.