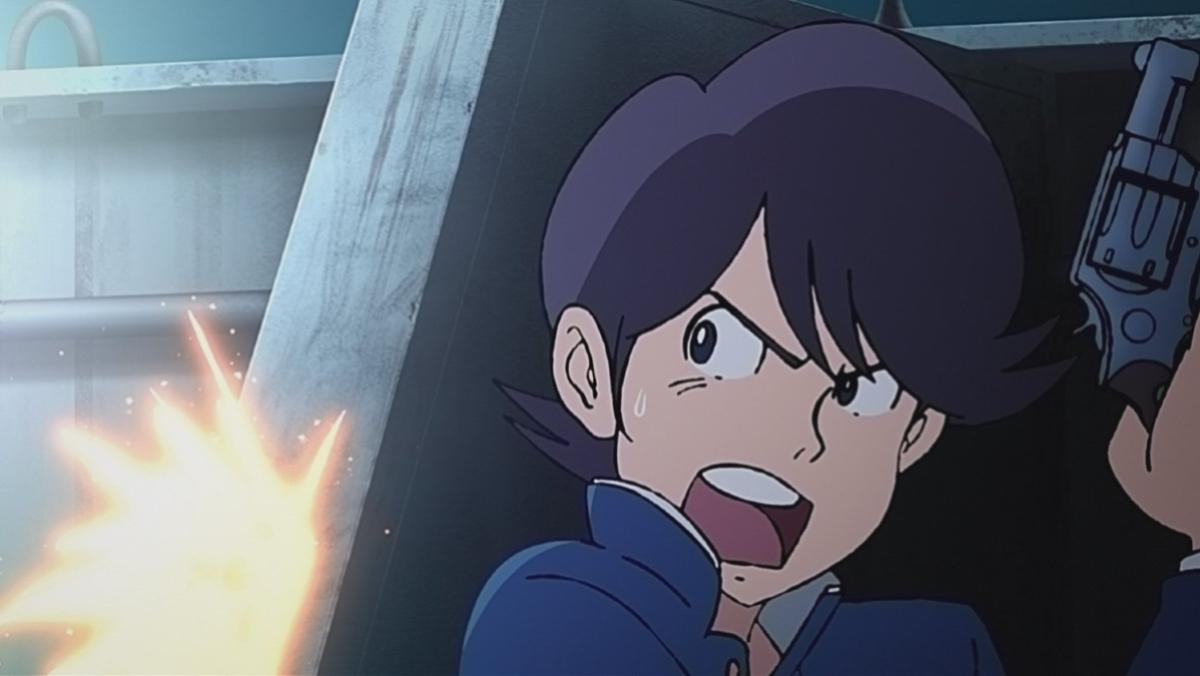 For a series as culturally impactful and long-lasting as “Lupin the Third,” first published in Weekly Manga Action in 1967, nobody other than the original creator of the series, the late Kazuhiko Katō (more commonly known by his pen name “Monkey Punch”), has dared to write an origin story for the character until now. “Lupin ZERO” tackles the origins of the zany gentleman thief in a manner that simultaneously brings new ideas to the table and respects its source material.

Most audience members familiar with the “Lupin the Third” franchise know it through “Lupin the Third: The Castle of Cagliostro (1979),” which was Studio Ghibli co-founder Hayao Miyazaki’s directorial debut. However, the franchise spans much further than that film and includes the original manga, eight television series, 11 movies and 27 television specials.

As for “Lupin ZERO,” the animated series centers around the adolescent adventures of Lupin (Tasuku Hatanaka). The story dives into his relationships with his father (Toshio Furukawa) and grandfather (Yoshito Yasuhara), as well as his budding friendship with sharpshooter Daisuke Jigen (Shunsuke Takeuchi), his right-hand man. Seeing Lupin as a teenager is fun, especially since the episodes utilize Lupin’s youthful enthusiasm and his lack of experience to craft stories packed with the familiar wackiness of the gentleman thief’s past entries. Lupin’s consistent energy and teenage angst get him into trouble with nearly every adult who meets him, which is a hilarious thrill to watch.

One of the most engaging parts of the series is Lupin’s dynamic with his family. In episode three, “The Grandson of the First Vies for Succession,” Lupin the First brings Lupin and three others to fight for his estate. Although Lupin is eager to get into antics, he is torn between his calling as a thief and the opportunity to do something else with his life. It brings a strong dynamic to the episode, especially with how mischievous Lupin and his grandfather are. At the end of the episode, it’s revealed that his grandfather actually had no intentions to give away his estate, but instead already intended to give it to Lupin. Although viewers know that Lupin will eventually become a thief and take up the title of “the Third,” his struggle and desperation to choose his own life path is engaging and relatable.

Dedicated fans will note many similarities between “Lupin ZERO” and “Lupin the Third: Part 1,” the first Lupin series, which originally aired in 1971. The art style, particularly with Lupin’s expressive character design and some intentionally static animation, seeks to mimic the look of “Part 1.” However, the vintage style does not hold the series back. It instead gives a distinct look that pays homage to the origins of this long-standing franchise. Additionally, the series brings back music from “Part 1.” The renditions of “Afro Lupin ’68’” and the credits theme are particularly well done.

For all the strengths of the series, its six-episode run length leaves more to be desired. The last two episodes are a two-parter and they ask not if Lupin will become a thief, but what the effects of that decision will be. Lupin gains the title of “The Third” and finds his calling, but at what cost? The last two episodes stick the landing, bringing a satisfying end to the carefully crafted set-up of the prior four. However, with only those episodes having an ongoing story, it feels like the other four provide too much filler and not enough story content. A serialized plot for the run of the series could have given more character to Lupin and his family, as well as provided a consistent antagonist. However, even the goofier, less story-focused episodes provide moments of characterization for the show’s protagonists, and they’re almost always fun.

After the arguably weak “Part 5” and “Part 6” Lupin television series, “Lupin ZERO” brings a much-needed energy to the table. It is clear from this well-crafted series that the cast and crew are fans of the franchise and understand its characters and nuances. With any luck, future Lupin directors, animators and voice actors will take a note from “Lupin ZERO.”