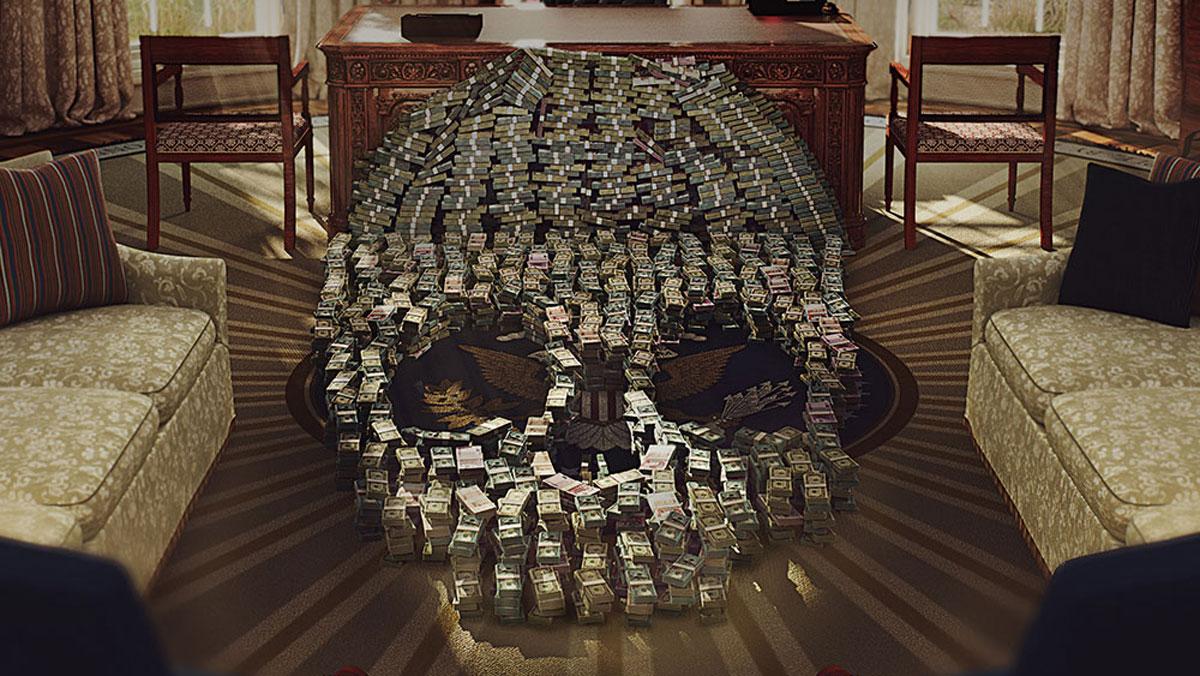 In the two years since the release of Anti-Flag’s last album, “American Spring,” fans eagerly awaited the band’s take on the current American political climate. Rather than the call-to-arms that fans were hoping for, the dance-worthy, pop-punk songs on “American Fall” fail to make an impact, presenting themselves filler with controversial lyrics thrown in on top. Anti-Flag falls short of their target of anthemic hits — their album invokes more awkward shuffling than moshing.

The album opens with the single “American Attraction,” and its mediocrity foreshadows the lackluster rest of the album. Despite the catchy guitar riffs and chorus, the lyrics are weak and the verses boring. It fades into mildly irritating background noise that lends itself to head-bopping rather than headbanging. “The Criminals” follows immediately after, its harmonies balancing out its generic chorus. The discordant instrumentals of “When The Wall Falls” are remarkable in how much they make the listener want to turn down the volume. All three songs fade together in an unimpressive, up-tempo jumble.

“Trouble Follows Me” is the worst song on the album. Instead of crafting politically charged lyrics, Anti-Flag created a cliche mess of existential angst. Even the raw vocals reminiscent of The Clash can’t redeem it. The predictable chorus and refrains of “woah”s punctuated by a brief shout is an irritating formula. The song gives the listener the same feeling one gets when watching a preteen couple on a first date as they try so hard to be cool yet fail miserably. Despite the claim of the title, the narrator’s only “trouble” is how awkward the listener feels while listening to the song. It falls short of the edgy, bad–boy persona, instead settling for an identity more similar to a wannabe rebel. “Finish What We Started” follows, and its only saving grace is that it’s not as cringeworthy as the previous song.

The second half of the album, however, is studded with three gems that add much-needed panache. “Liar” begins the transition, a punky, short-and-sweet track that comes thrashing right out of the gate. The dark bass and rapid-fire guitar riffs are addictive; the instrumentals stick in the listener’s head long after the song is over. The lightning-fast refrain of “give me, give me, give me chemicals” and the aggressive lyrics are delivered like a punch. The guitar solo and bass are given a chance to shine in an instrumental portion after the chorus. Clocking in just under two minutes, it leaves the listener with the best kind of musical whiplash.

“Digital Blackout” follows, another winner that keeps up the energy, beginning with quick guitar strumming and a slowly building bass. During the verses, the guitar cuts out as the vocals scream over a steady drumbeat. As the anthemic chorus comes to a climax, the song communicates a sense of importance lacking in other songs. The shouts in “Digital Blackout” over a heavy guitar breakdown are raw and genuine. It’s the first song to emotionally engage the listener.

The album’s crowning glory is “Racists” — the track that every other song on the album aspired, and failed, to be. It’s pure pop-punk fun, yet stays grounded with sharp, tongue-in-cheek lyrics. The words are funny and barbed, smashing in concise, accusatory one-liners every other sentence. The line “you know a Mexican and she’s honest and diligent, you don’t see color but some people need discipline” targets subtle racism and hypocrisy.

Although these songs make the previous 20 minutes slightly less bleak, they can’t save the rest of the album. The second half is a collection of tired, formulaic tracks that are only worthy of being played for your 12-year-old cousin beginning their rebellious phase. The closing song, “Casualty,” is representative of the bunch — fun, but ultimately meaningless and easily forgettable.

Listening to “American Fall” is like attending a pop-punk party that’s lasted far too long — the music’s still playing, but everyone is waiting for the lights to come on so they can finally go home.