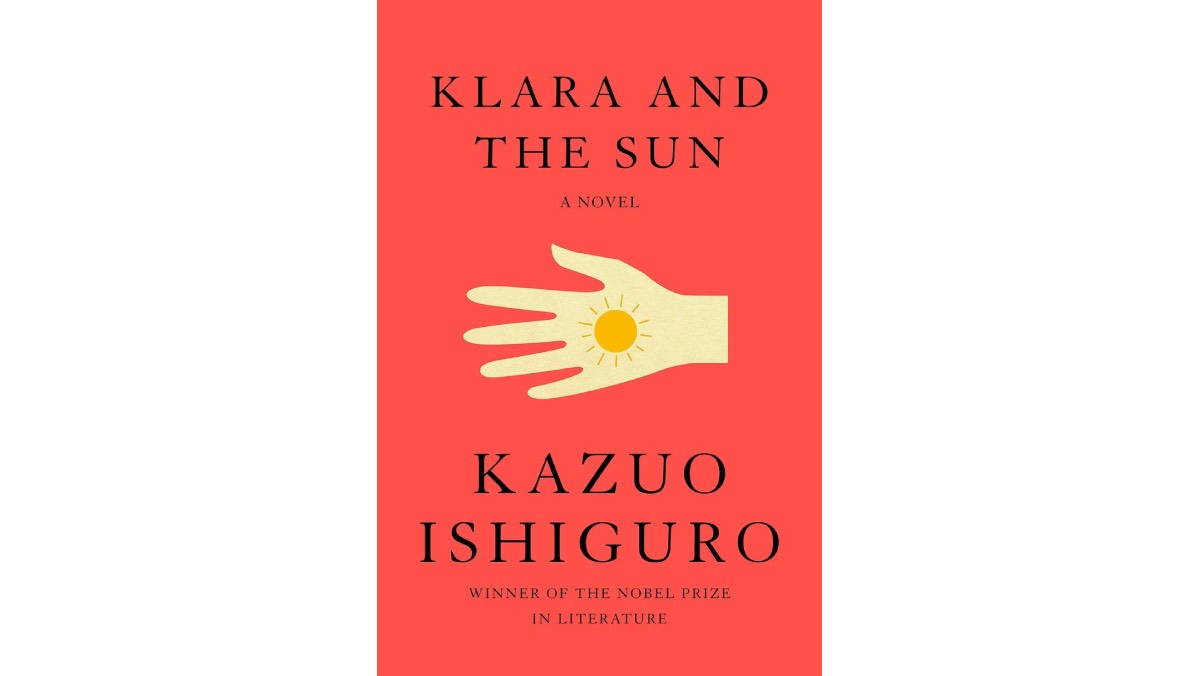 Courtesy of Faber and Faber
For fans old and new alike, “Klara and the Sun” is an instant classic and a fantastic addition to Ishiguro’s laudable career.
By Sebastian Posada — Chief Copy Editor
Published: March 25, 2021

Six years after the release of “The Buried Giant,” acclaimed author Kazuo Ishiguro is back with “Klara and the Sun.” This is his first novel since winning the Nobel Prize in Literature in 2017, and “Klara and the Sun” does nothing but reinforce how deserved the award was. In a sci-fi story that gradually descends into a darker, “Black Mirror”-like territory, Ishiguro delves into the subtleties of love and what it means to be human.

Klara, the eponymous main character, is an Artificial Friend (AF). She begins her life in a store, hoping to be chosen by a child to be their companion. Early on, Klara displays astounding observational abilities. From her place in the window, she watches people pass by on the street, pointing out subtleties of emotion that escape the other AFs in the store. Soon, it is this observational quality that draws Josie to her.

Josie, a sickly fourteen-year-old girl, immediately latches onto Klara and refuses to have any other AF but her. Before long, Klara begins a new life accompanying Josie, who is homeschooled and rarely leaves their house. Initially calm, life at home becomes more and more complicated as Josie’s disease worsens and Klara discovers the complexities of love and loss.

Like a child, Klara is both astoundingly intelligent and hopelessly naive. Because she is the narrator, readers get to see the thought process behind her observations and actions. Through careful observation, she learns how important Josie’s daily rituals and relationships are to staving off loneliness, and strives to protect and maintain them. Because she is a solar-powered robot, Klara attempts to bargain with the sun to provide Josie with “special nourishment” to heal her deepening chronic illness. Klara is able to learn much from her surroundings, but like a fish in a bowl, she is ultimately limited in what she can learn from them as well.

“Klara and the Sun” bears many similarities to Ishiguro’s previous works. Like the narrators of “Never Let Me Go” and “The Remains of the Day,” Klara is a narrator who is recounting and reflecting upon her life. As she narrates, she comes to understand new things that she didn’t realize at the time. This type of first-person narration is also Ishiguro’s preferred method of foreshadowing, as Klara occasionally alludes to events that are yet to occur.

Another mainstay of Ishiguro’s catalog that makes a return in “Klara and the Sun” is an underlying sense that something is severely amiss. By all means, the story begins innocently enough: Klara and the other AFs are peaceful robots designed to accompany well-off children and teenagers in a world that seems much like our own. However, as the story unfolds, the dystopian facets of Klara’s world begin to reveal themselves, changing a seemingly benign vision of the near future into a technological horror story.

The dystopian setting allows for the introduction of themes that resonate in today’s world. Sharp class divides separate those who benefit from new technologies and those who become “post-employed” because of it, digital advances outpace ethical concerns and the potentialities — both good and bad — that the advent of artificial intelligence presents. Notably, Ishiguro does not portray the technology as inherently dangerous — Klara and the other AFs are nothing but benevolent. Rather, Ishiguro’s sci-fi setting draws attention to the ways artificial intelligence and other future technologies can create and increase injustice instead of diminishing it.

And yet, in true Ishiguro fashion, the Orwellian backdrop remains just that, a backdrop. The looming mysteries of the world cause a pervasive sense of unease, but instead of a loud climax, their reveal is almost incidental, casually stated by one of the characters in conversation or narration. As much as that mystery may draw a reader in, the story ultimately remains not that of a science–fiction dystopia, but of Klara’s coming-of-age.

Review: Billionaire advocates for the environment