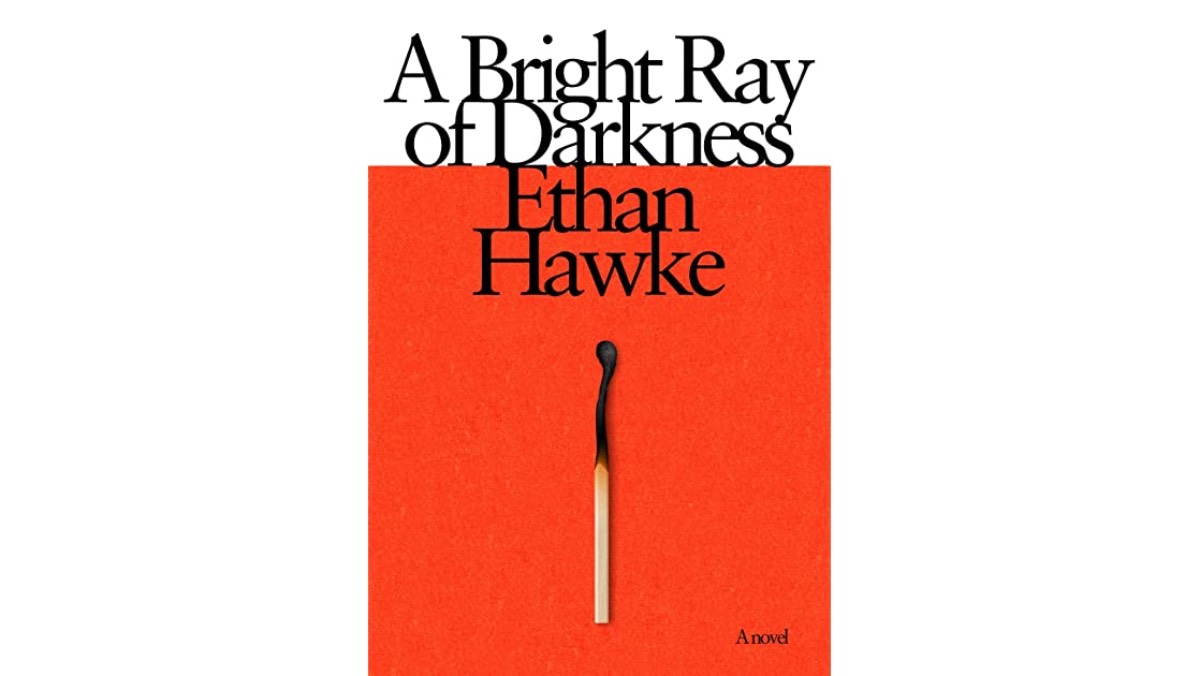 Ethan Hawke, beyond being one of Hollywood’s most sophisticated actors, is a sensitive introspect who enjoys philosophizing. It’s no surprise that the pen Hawke writes with in his new novel “A Bright Ray of Darkness” combines the nuance of his acting with his personal plights of identity.

Readers of “A Bright Ray of Darkness” who have seen Alejandro González Iñárritu’s award-winning film “Birdman” will notice the similarities immediately. Both portray a fictional disgraced actor brought to life by real-life actors with the peak of their fame behind them. In the case of “A Bright Ray of Darkness,” the fictional actor is William Harding, written by the real-life actor Hawke.

In a similar fashion to “Birdman,” “A Bright Ray of Darkness” takes a painfully pretentious pitch — the abstract telling of a washed-up actor putting on a Broadway show — and communicates its conventional ideas through ridiculous characters in an attempt to prevent being overblown and hollow.

Harding, a has-been actor in his 30s, is going through a premature midlife crisis. The existence of his wife humiliates and enrages him. He loves his kids and their innocence. When he falls asleep, it’s usually with a belly full of whiskey. He hates when fans come up to him and ask him for a picture. When he gets a chance to cheat on his wife with a young woman, he can’t hold an erection. It’s certainly a familiar type of character seen across different mediums — like the anthropomorphic horse-man BoJack in the animated sitcom “BoJack Horseman” — but it is one that is very real.

Harding is acting in a show of Shakespeare’s “Henry IV,” which Hawke did in 2003 when he was the same age as Harding, and is trying to get a post-fame resurgence. Harding’s insecurities lead him to cerebralize far too much of his life, with his ego trying to make sense of everything. He is self-deprecating, constantly looking for evidence for why he is so miserable.

Hawke’s acidic style doesn’t hold back, making for pages that put the red-hot shame and belittlement Harding feels about himself directly in the reader’s face. “I left the studio unconscious and in an ambulance after 5 months of shooting. And no one from the cast, the crew, or the production has called yet to see if I’m alive. That should give you some idea the kind of giant asshole I’ve become,” Hawke writes in the book.

Hawke describes Harding’s castmates on the set of “Henry IV” as stereotypical to show business, including the cocaine-fuelled “intellectual” actor, the newbies and the director that demands unrealistic performances. By using show business archetypes, Hawke is able to write his own ideas about life that would come across as pseudo-intellectual had it not been for the character delivering the line. For instance, during a cocaine-fueled rant, the intellectual actor says, “People will light a crack pipe and steal a television just to try and feel that they exist, to ramp up the idea that something is in fact happening, where others just turn on a video game or go to sleep, they don’t realize that there is nothing to do.”

These moments that appear throughout “A Bright Ray of Darkness” make for an entertaining and thoughtful read. The result is a rich, searing novel about shame, redemption and the purpose of art. Although the story follows the structure of its influences, Hawke writes fully, purging himself of a story that seems to have rested inside of him for too long.