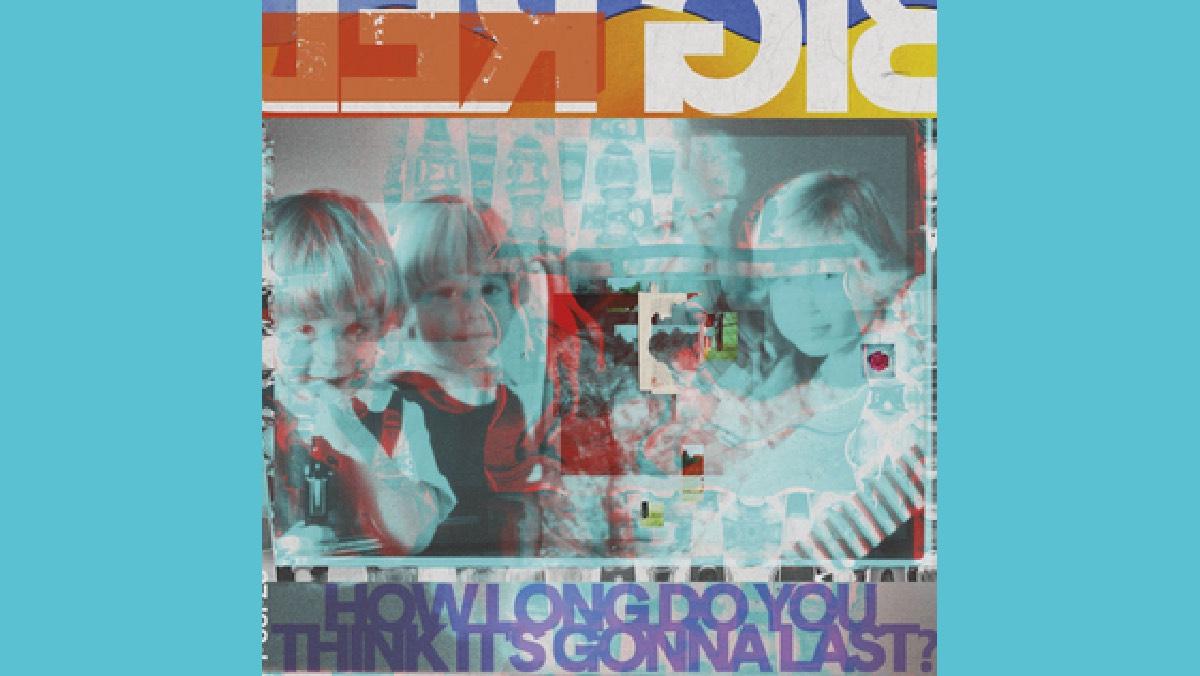 Courtesy of 37D03D
Everything about “How Long Do You Think It’s Gonna Last?” doubles down on the bands gentle sound and adds numerous guests to mostly unsavory results.
By Jackson Noel — Staff Writer
Published: September 7, 2021

"How Long Do You Think It's Gonna Last?"

Musical side projects rarely aim for something big, but then again, Big Red Machine would probably reject that term. Most side projects relish in the middlebrow, usually highlighting weird experimentation unfit for an artist’s main catalog. Everything about its second album “How Long Do You Think It’s Gonna Last?” finds the indie folk band doubling down on its gentle sound and adding numerous guest collaborators to mostly unsavory results.

Named after a nickname given to the World Series-winning 1976 Cincinnati Reds, Big Red Machine is the indie folk collaboration between The National member Aaron Dessner and Bon Iver frontman Justin Vernon. After a forgettable 2018 release, the project seemed to disappear with both The National and Bon Iver delivering seperate albums. However, it was their work on Taylor Swift’s album “folklore” that brought Dessner and Vernon together again where they began the writing process for what became “How Long Do You Think It’s Gonna Last?”

Swift’s “folklore,” co-produced by Dessner, feels like the perfect summary for the sound of “How Long Do You Think It’s Gonna Last?” with the group’s reliance on midtempo, piano-led pop songs set to a folk beat. Taken individually, this sound produces beautiful results in the singles “Renegade” featuring Swift and “Phoenix” featuring Fleet Foxes and Anaïis Mitchell. “Renegade” adds some mellotron and electric guitar to the mix with Swift penning a sympathetic portrait of a relationship affected by mental illness, the song has an emotional impact that most of the album lacks. These tracks serve as the strongest examples of Big Red Machine’s cumulative power, but unfortunately they get drowned in the slog of a tracklist.

With a running time of over an hour, the lack of variation in the production quickly grows tired and mind-numbing. “Easy to Sabotage” mostly ditches repetitive piano chords in favor of a standard rock instrumental palette and Vernon returns to his electronically manipulated vocal style. The song is annoying in its own right — gibberish lyrics and shrill vocal performances make listening to “Easy to Sabotage” a challenge — but it still feels like fresh air amidst bland pianos. If “How Long Do You Think It’s Gonna Last?” stands for anything, it would be proof that the band is not willing to challenge themselves sonically or artistically.

Two-thirds of the album’s songs rely on the strength of its extra vocalist or songwriter. The sense of these collaborations are to highlight the individual strength of each artist over Dessner’s production and alongside Vernon’s voice. Dessner — who is not a singer — does make a few vocal appearances though, like on the album’s worst song, “The Ghost of Cincinnati.” Sufjan Stevens-derivative hardly begins to describe why the acoustic guitar-led track feels like a parody of folk music done by an artificial intelligence.

“How Long Do You Think It’s Gonna Last?” concludes, to absolutely no one’s surprise, with a somber piano ballad. Though the album never quite reaches louder than a rumble, it ends with a subdued whisper. Big Red Machine has crafted the soundtrack to Starbucks everywhere, something better enjoyed without attention paid to it, lest it immediately puts the listener to sleep. And to answer that question put forth by the band: way, way, way too long.

Singles for the week 9/3