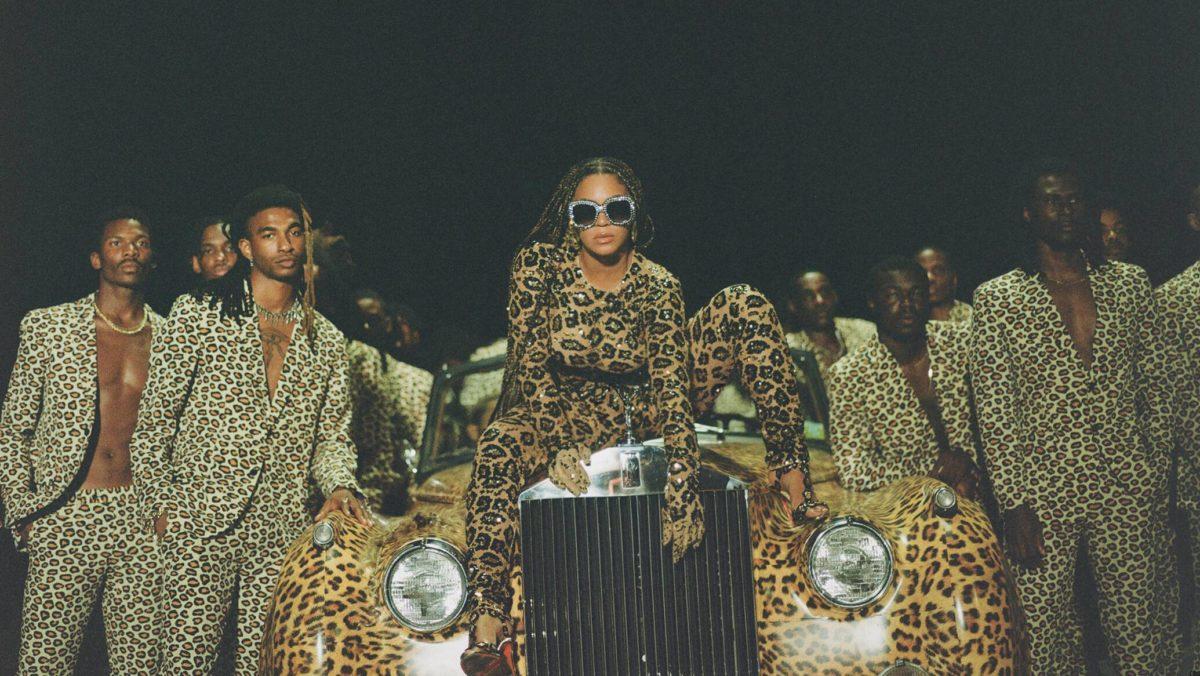 Courtesy of Disney+
In "Black Is King," a visual album-film from Beyoncé, elevates Black female voices while loosely following the plot of "The Lion King." The film is executed beautifully, especially in its costume design.
By Avery Alexander — Staff Writer
Published: August 13, 2020

A black screen fades into a shot of a wicker basket floating gently down a rolling river. This peaceful scene is reminiscent of the biblical story of Moses in which his mother, Jochebed, sent the baby Moses out onto the Nile to save his life from the pharaoh. Biblical references are a common motif throughout Beyoncé Knowles’ new visual album, “Black Is King.” From allusions to the mother Mary, cathedrals and crosses, Beyoncé packs the film full of meaningful religious imagery.

Besides leaning heavily into this symbolism, “Black Is King” is an unapologetic celebration of Black culture. It is difficult to capture the sheer beauty of this film in a short review. In fact, it is nearly impossible. “Black Is King” is so much more than a simple collection of beautiful shots and engaging music — it is a powerful symbol for generational trauma, systematic oppression, Black diaspora and sexism. The film also uses motifs like water, sand and nature as a vessel to discuss lineage and the importance of recognizing one’s history.

“Black Is King” loosely follows the plot of “The Lion King,” using the familiar tale as a framework to follow Black people’s journeys from tribes in Africa to modern, urban North American settings. Narration comes both in the form of Beyoncé speaking directly to the audience and in sound bits directly pulled from Disney’s 2019 remake of “The Lion King.” The narration is also mixed in with spoken word poetry and speeches from Black people that talk about Blackness. This seamless mesh of different types of narration and music is incredibly moving and does a wonderful job of uplifting Black people and their stories.

One of the most enticing themes throughout the album is the discussion of toxic masculinity and sexism within the Black community. For years, Black women and their contributions to politics and social justice have long been ignored. Both Black men and white people have contributed to this erasure. This visual album works to show how precious Black women are to the history of this country and denounces the way society has always treated them.

Songs in the film detail the importance and contributions of Black women, including “MOOD 4 EVA,” which has lyrics like “I’m so unbothered, I’m so unbothered / Y’all be so pressed while I’m raising daughters / Sons of empires, y’all make me chuckle” that discuss the aforementioned systematic oppression that Black women face. This portion of the film alludes to the female lion pride in “The Lion King,” showcasing the unbreakable community of Black women and their unshakable strength in the face of adversity.

“BROWN SKIN GIRL” is entirely dedicated to celebrating women with brown skin, especially dark brown skin. Black women of all shades stand in a ballroom in large ball gowns as Beyoncé, Carlos St. John (known as SAINt JHN), Blue Ivy Carter and Ayodeji Ibrahim Balogun (known as WizKid) sing about the excellence of brown girls. This song also carries on another important motif of the album — the relationship between mother and daughter and the bonds among women. Seeing a group of brown girls being celebrated for their skin, as opposed to being praised for fitting into Western beauty standards, is profoundly beautiful. It is a love song written for every single girl who has felt unappreciated because of her skin.

Nothing in “Black Is King” is superficial. Everything has some kind of history behind it. Even the gorgeous costumes are a blend of modern pop culture styles with plenty of sparkles, sheer bodysuits and statement pieces, as well as traditional African clothing — head wraps, balgha, boubou, masks and more. The music has traditional African beats and lyrics in the central African language Hausa mixed with conventions of American pop and R&B music. The dancing features many moves associated with African dance. “Black Is King” effectively gives love to many kinds of Black excellence and art, from fashion to music.

Viewers must go into “Black Is King” with an understanding of what it is. Approaching any piece of the album without acknowledging the complicated issues it is attempting to address would be a disservice to the art. It is joyous, melancholy and tragic all at the same time. It leaves the viewer tender and tearful and full of hope. Beyoncé reminds the audience that remembering the past is a fight, but it is a fight worth having.

Tangled: How women of color are brushing away hair stigmas