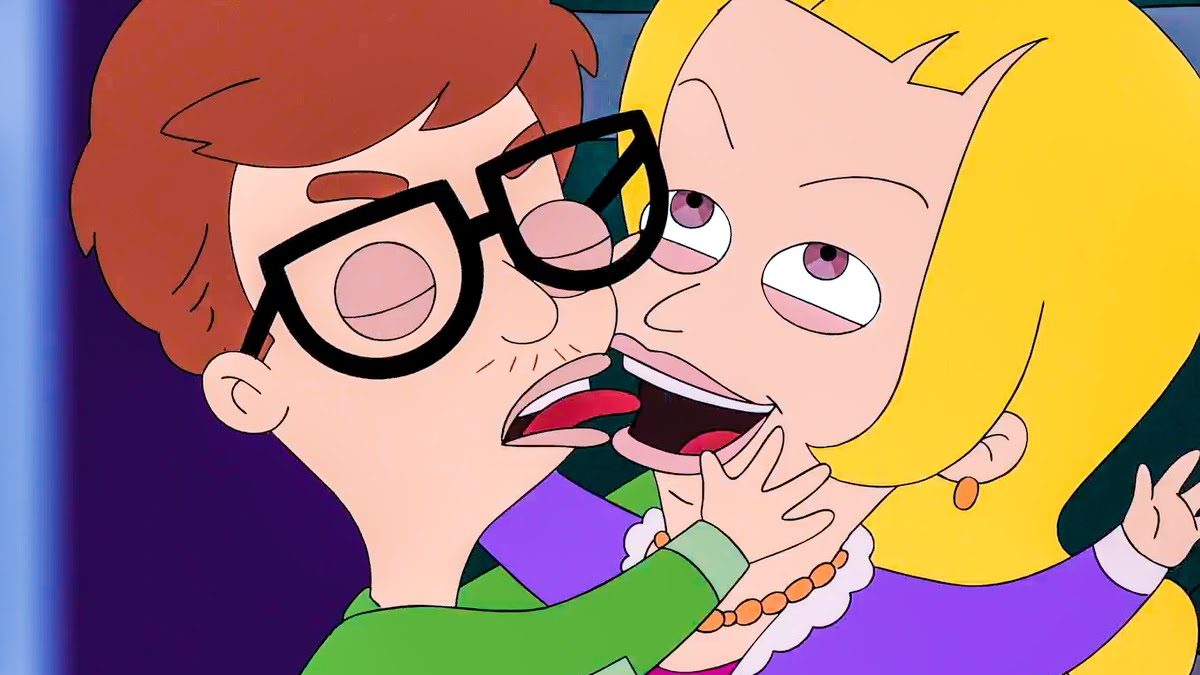 The comedy cartoon “Big Mouth” defies logic and rationality, making it a perfect platform for exploring the hilariously awkward realities of adolescence.

The show follows Andrew (John Mulaney), Nick (Nick Kroll), Jessi (Jessi Klein), Jay (Jason Mantzoukas) and Missy (Jenny Slate) and their navigation through puberty with the help of their hormone monsters, Maurice (Nick Kroll) and Connie (Maya Rudolph). Using absurdist humor and convoluted narratives to its advantage, the second season proves how necessary its content is for the United States’ middle schoolers today.

The show picks up from where it left off in the last season: Jessi and Jay are on the run in a fit of teenage rebellion, Andrew is consistently letting his hormones get in the way of his relationship with Missy, and Nick is insecure because he has yet to hit puberty. Primarily focusing on Nick’s arc, the first few episodes of this season are devoted to Nick’s relationship with a new character, Gina (Gina Rodriguez).

Gina’s breasts develop faster than any other girl’s in the school, which immediately makes her a target for Nick, Andrew and Jay’s attention and makes Jessi and Missy feel jealous and insecure about their bodies. What could have easily turned into another overdrawn and hypermasculine approach to a story about a girl with big boobs was actually shown as an insightful learning opportunity for the audience. Missy and Jessi confront their body and self-esteem issues by going to a Korean day spa where everyone is completely naked, including Missy’s mom. After the initial shock and hilarity of the situation, together, the girls — through song — eventually decide to disrobe and join the melting pot of female bodies and, in turn, accept their own. Watching the female characters go through a cycle of self-doubt and body image issues highlights an underrepresented issue that almost every teenage girl grapples with.

Nick’s relationship with Gina also churns out some progressive plots. The show adheres to stereotypical, male-centered norms by having Nick try and pursue Gina and by portraying Gina negatively for not wanting him back. However, the writers redeem her character in the second half of the season when they point out the double standard between men and women when it comes to hookup culture and sexual experiences.

Other notable characters are invented in the same fictitious realm as the hormone monsters: the Shame Wizard (David Thewlis) and the Depression Kitty (Jean Smart). The addition of these characters opens up different conversations about mental health. The Shame Wizard is a surprisingly nuanced character who affects everybody in the world of “Big Mouth,” causing the characters to feel shame for the things they feel or do. Unfortunately, this character could have been effective if he were used as a plug for anxiety, specifically. His presence is sometimes confusing, and the sarcastic, degrading humor that defines his character tends to flop if the situations are not obvious.

While the Shame Wizard’s storyline does more than most shows do to portray doubt and anxiety, the writers inadvertently continue to promote the stigma by labeling his effect as shame. Meanwhile, the Depression Kitty’s character is cleverly crafted to portray clinical depression in a way that is relatable, funny and informative. Watching her lie on top of Jessi and spoon feed her half-melted ice cream embodies deeper emotions of hopelessness and helplessness. However, it is unfortunate that this character is only featured in one episode, functioning as a metaphor for a diagnosis for Jessi and failing to provide further explanation. It would have been more interesting to see how the Depression Kitty’s development would have shaped Jessi’s behavior and actions throughout the entire season rather than in one episode featuring Jessi in solitude.

From talking pubic hairs to sexually active pillows to songs about Korean day spas, “Big Mouth” tells stories without boundaries. The show’s raw and reeling characters, comedy and conflicts create vehicles for real social change and education. The promise of a third season is exciting because, overall, “Big Mouth” certainly has big potential.