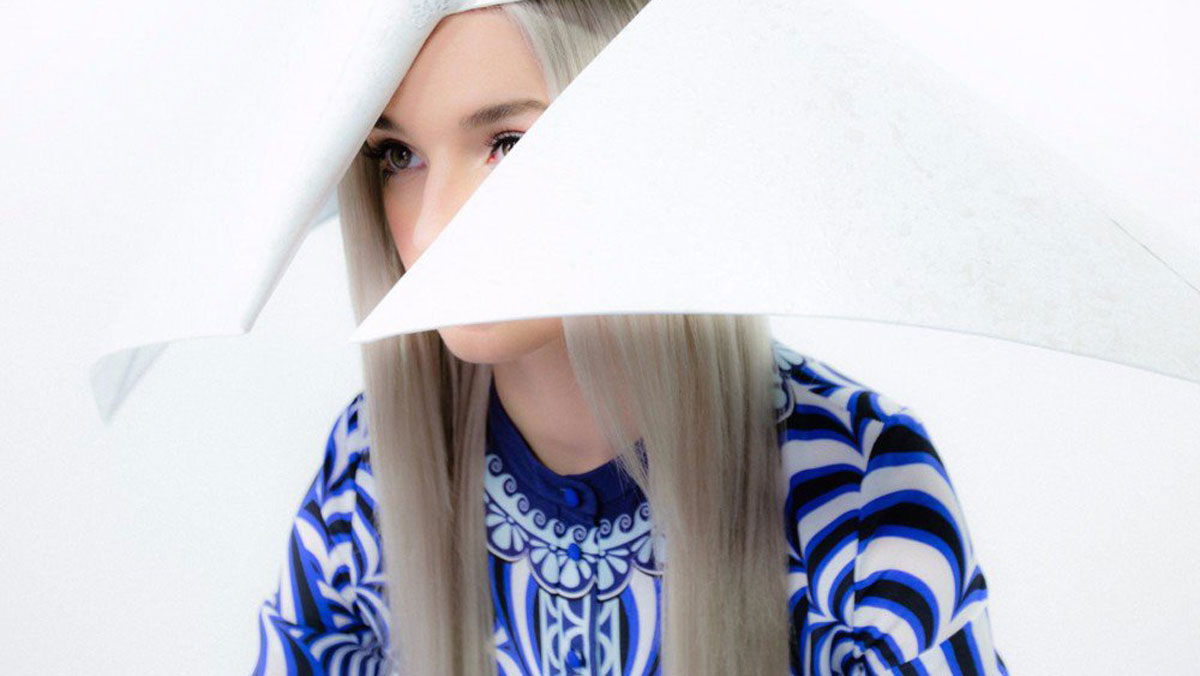 I'm Poppy Records
Poppy is the bizarre pop star who rose to prominence after she released several strange videos on Youtube. "Poppy.computer" is her debut album and maintains her quirky tone.
By Dariene Seifert — Contributing Writer
Published: October 9, 2017

A video titled “Mary” begins to play. A girl with blonde hair and big eyes stares hypnotically at the camera. She stands uncomfortably still, and she begins to sing “Mary Had a Little Lamb.” She repeats the song over and over in an uncanny voice. She is Poppy. The artist known for her hit “Lowlife” blew up in popularity after people noticed her bizarre Youtube videos back in late 2016.

Poppy was rumored to be a “processed pop star,” someone who the music industry churned out. Others said the girl was simply obsessed with technology, or even a part of the Illuminati. Despite all the internet drama she caused, Poppy remained focused on one main project — her debut album, “Poppy.Computer.”

She had released several singles from the album before the Oct. 6 launch date with accompanying music videos: “My Style (feat. Charlotte),” “Computer Boy” and “Interweb.” These tracks featured electronic beats and heavy synths. Even with the dark tone of “Interweb,” these first songs are catchy and will put the listener in a dancing mood with intricate tempos and bouncy dynamics.

Poppy also shows her light-hearted side. In “Let’s Make a Video” and the kawaii-infused “Moshi Moshi,” the singer gladly tells the audience how the listener is her “best friend” and that she would love to be able to make music or have a cup of tea with them. She also seems to joke around a bit with her opening track, “I’m Poppy,” which sounds like a call back to the self-titled video that made her go viral. Poppy sticks with a techno–style and continues to wow the audience with her robotic vocalization and alluring choice of instrumentation.

The one song that sticks out the most is “My Microphone.” It’s a tune about how Poppy loses her microphone; a metaphor for how she can be censored or unable to speak on her own behalf because of the music industry controlling her.  She constantly tries to find the microphone, and the fast-paced instrumental matches up with her increasing feeling of anxiety. The listener relates to Poppy, and can finally sigh a breath of relief when Poppy says, “Ah, there it is!”

The ending track, “Pop Music,” is surprisingly acoustic. Poppy strips away the electronic approach she favored for the majority of the album. It is a pleasant tune about Poppy admiring the genre of music she sings, and really shows the best of her voice. Instead of augmented vocals and synth, Poppy ends the album on a relaxing note. It’s a rare opportunity for listeners to hear the real Poppy, not the computerized version they’re familiar with. It feels like the artist has shown a sliver of her personal side, something that is barely shown on the album.

Poppy is more than that girl who makes weird shorts on YouTube — her music is just as captivating as her peculiar videos. She has a style that is entirely her own. She’s Poppy.