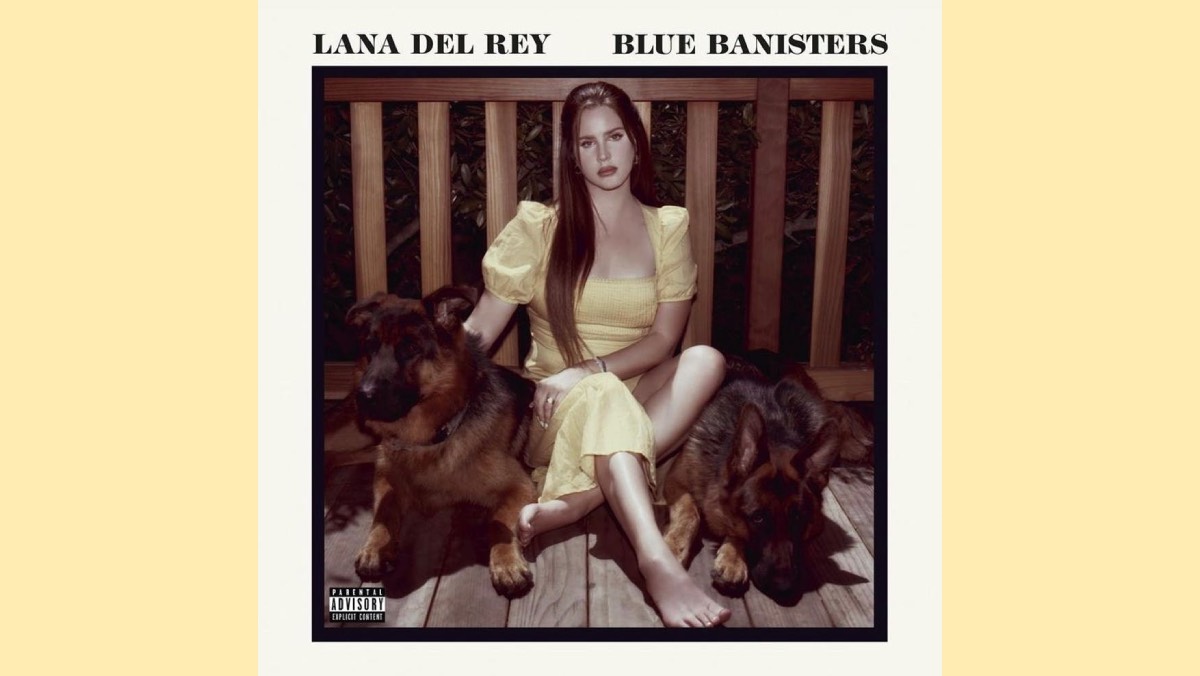 Just seven months after the release of “Chemtrails over the Country Club,” Lana Del Rey has already released her eighth studio album, “Blue Banisters.” The singer-songwriter keeps her usual themes of Americana melancholia, but adds a newfound beauty with experimental sound and vocals. While “Blue Banisters” did not get as much promotion as “Chemtrails,” this is a defining milestone in Del Rey’s discography.

The title track is a lovely tribute to the women in Del Rey’s life who helped her overcome her fears. The song begins as a low-spirited ballad, but transitions into a story of hope. Even though the only instrumental is a piano, Del Rey’s voice is the main focus — a pattern that continues for the rest of the album. Del Rey entwines sharp, terse vocals for the verses and elongates them elegantly in the chorus.

The singer has put together an album where each song exists in its own world, yet somehow, they all fit perfectly as a whole. “Nectar of the Gods” opens with a chorale of humming vocals followed by a plucky acoustic guitar accompanying Del Rey as she sings about her volatile romance. This mesh of contrasting sounds surprisingly works well together. “Living Legend” also opens with similar instrumental, but metamorphoses into a beautiful love song, showing how expertly resourceful Del Rey is.

Once again, Del Rey explores and mixes different tones to a wonderful effect. Vulnerable vocals echo in “Arcadia” as Del Rey expresses her love for the town and how it is her escape from the harsh spotlight of fame. She also cleverly uses simile within her lyrics: “All roads that lead to you as integral to me as arteries / That pump the blood that flows straight to the heart of me.” The soft piano ballad of “Arcadia” surprisingly transitions smoothly into “Interlude – The Trio,” an epic instrumental. It interweaves Italian composer Ennio Morricone’s piece of the same name with intense trap beats.

While “Dealer” and “Thunder” are completely distinct from each other, they display Del Rey’s vocals at their peak excellence. Del Rey is known more for her gloomy, alto tone, but here her range goes above and beyond the expected.

In “Dealer,” a bluesy duet with English musician Miles Kane, Del Rey builds up to belting out a heartbreaking exclamation of how she felt betrayed by her lover. In “Thunder,” Del Rey pleas with her unfaithful partner to leave her. A choir ensemble accompanies Del Rey’s ultimatum. Her emotion over her heartbreak in both tracks is genuine, as Del Rey is not afraid to state what’s on her mind.

“Sweet Carolina” is a gorgeously poetic closing track. A dedication to Del Rey’s sister and newborn niece, the song encapsulates the singer’s lyrical and vocal prowess. It’s rare for Del Rey to sing outside of her usual themes, but this is a welcomed change. Like in “Dealer,” her vocal range is immaculate. As she hits difficult high notes, it creates a heavenly reverb. There is a glowing joy that resonates in the singer’s voice: “I’ll always be right here / Closer to you than your next breath, my dear.” It’s a gentle and stunning finale to the album.

Lana Del Rey has revealed another layer of her impressively distinct talent. Her vocals have never been more dynamically powerful. The fifteen tracks of “Blue Banisters” feel like a musical poetry book, as each song offers artistically crafted audio and atmosphere.